The ceremony was held in Mumbai's Shivaji Park where Uddhav's father, the late Bal Thackeray, founded the Shiv Sena in 1966. Governor BD Koshyari administered oath to Uddhav, the first Thackeray to be a chief minister of the state, at 6:40pm.

NCP leader Ajit Pawar has said that six leaders, two each from his party, the Shiv Sena and the Congress, will take oath as ministers on Thursday along with Chief Minister-designate Uddhav Thackeray.

Here are the updates: 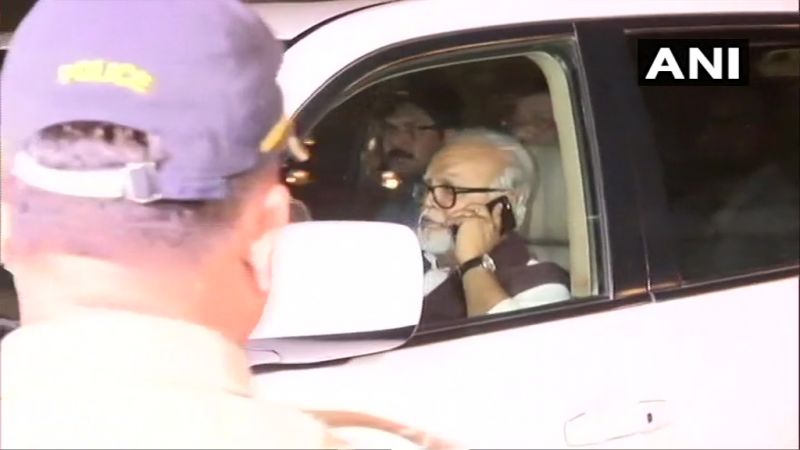 Chhagan Bhujbal of the NCP who was sworn in today arrives for the first Cabinet meeting of Maha Vikas Aghadi at Sahyadri House in Mumbai. (Photo: Twitter | ANI)

08:06 pm: Maharashtra CM Uddhav Thackeray, along with with his wife Rashmi and their son Aaditya Thackeray offer prayers at Siddhivinayak Temple. 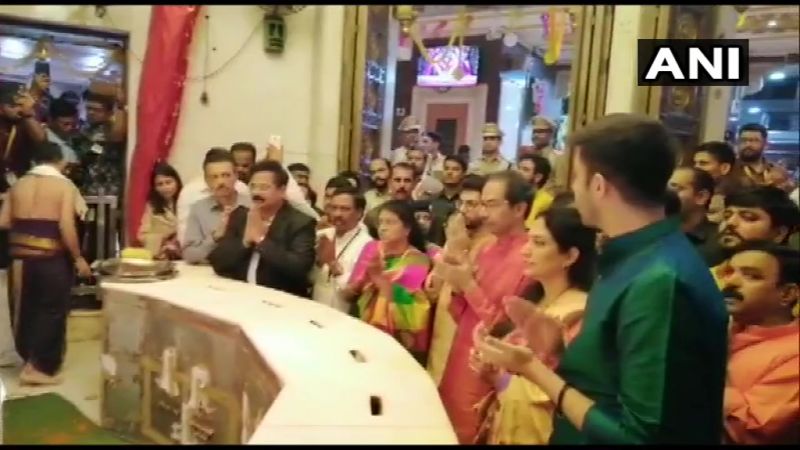 Uddhav Thackeray along with his family at the Siddhivinayak Temple in Mubai before the first cabinet meeting. (Photo: Twitter | ANI) 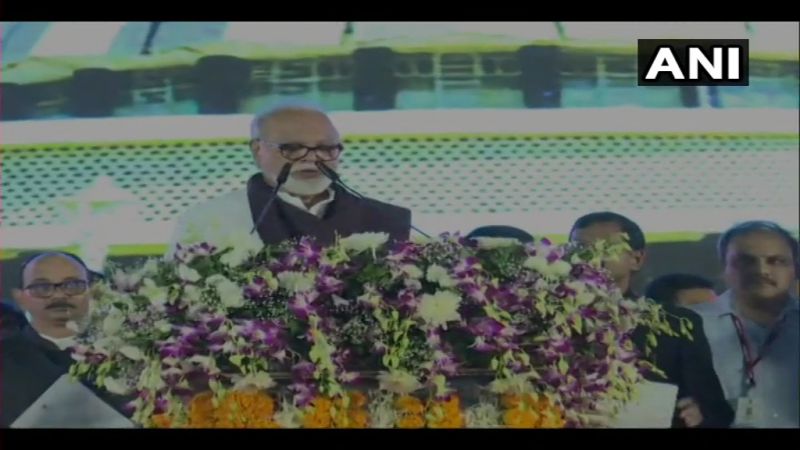 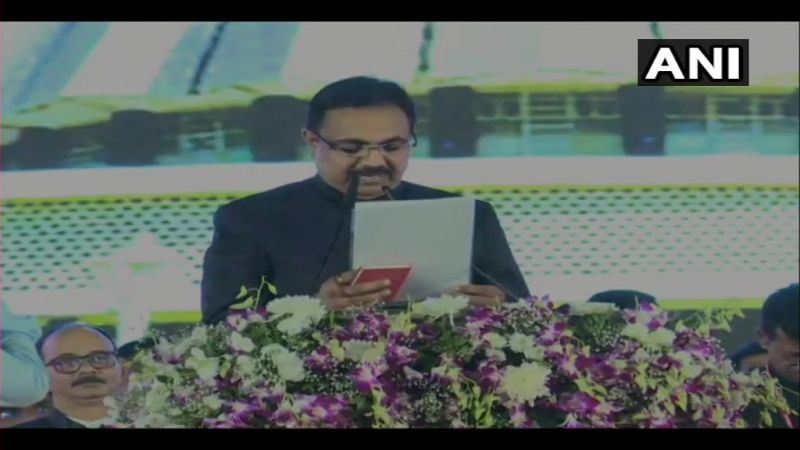 After taking oath, Uddhav Thackeray expressed his gratitude to the gathering and to the Maratha warrior Shivaji Maharaj. 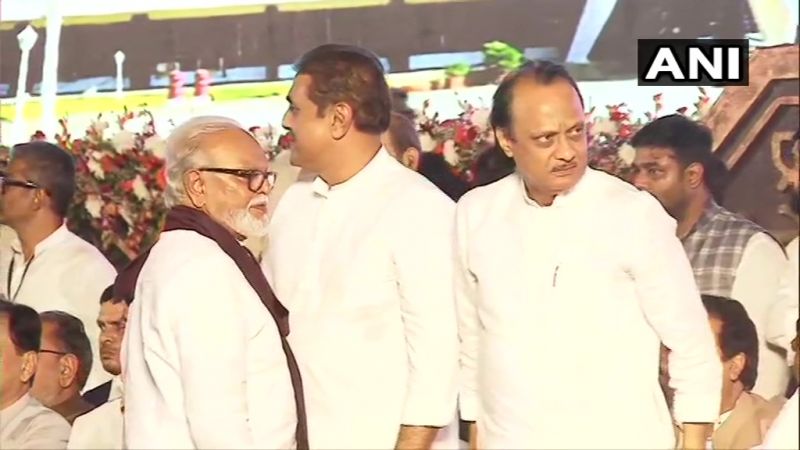 06:26 pm: Dr Manmohan Singh in a letter to Uddhav Thackeray: “I am very happy to know that you are taking oath as the 19th Chief Minister of Maharashtra. It is a historic event and I commend you on your visionary leadership.” 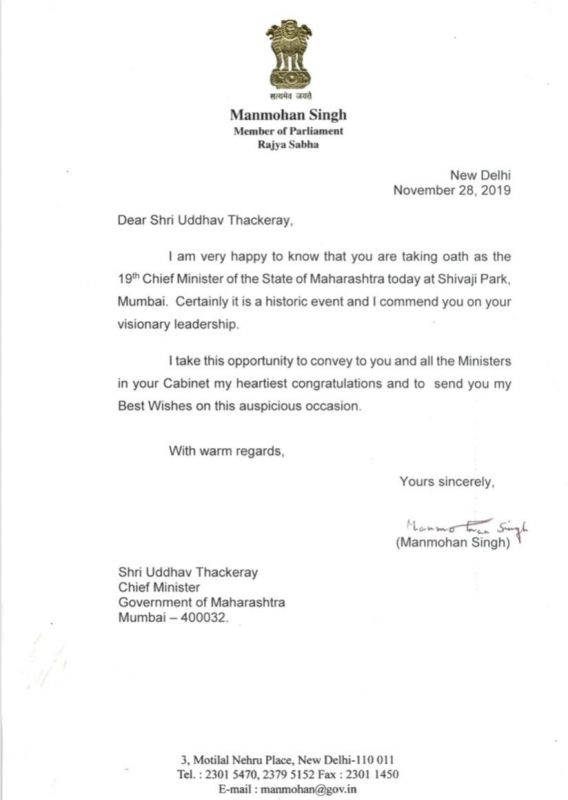 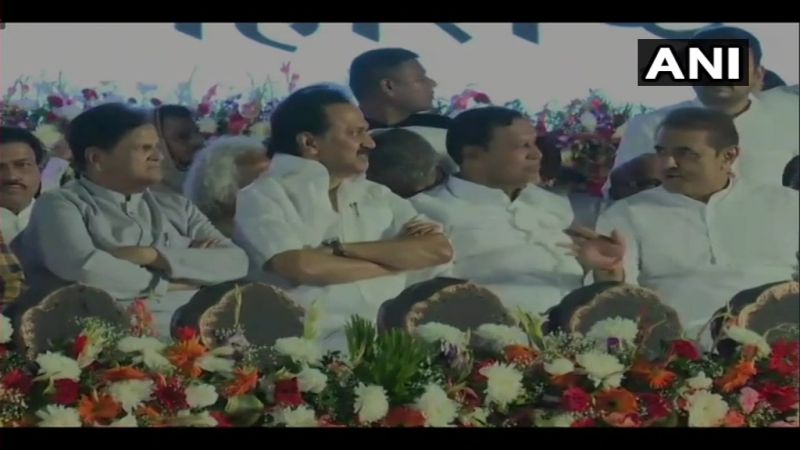 05:55 pm: Rahul Gandhi in a letter to Uddhav Thackeray: “I am glad that Maharashtra Vikas Aghadi has come together to defeat the BJP's attempt to undermine our democracy. I regret that I am unable to be present at the function.” 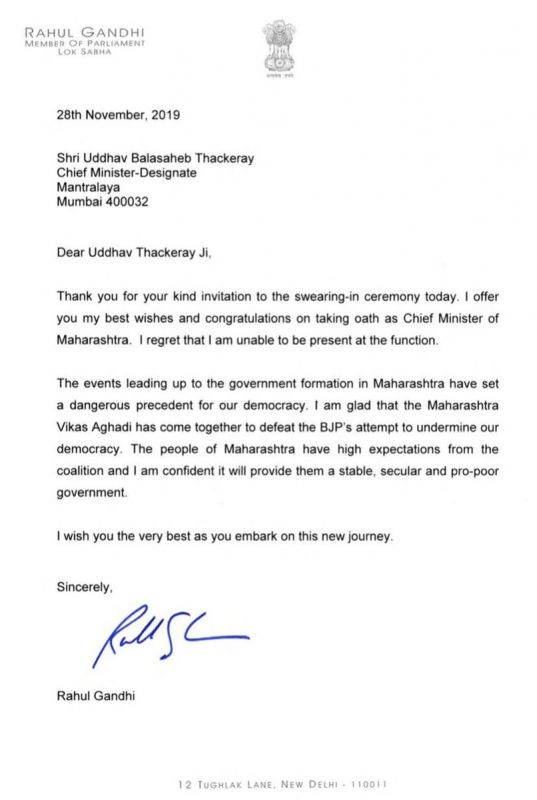 05:05 pm: Sonia Gandhi in a letter to Uddhav Thackeray: “Shiv Sena, NCP and Congress have come together under quite extraordinary circumstances, at a time when country faces unprecedented threats from BJP. I regret that I'll not be able to be present at the ceremony (oath-taking).” 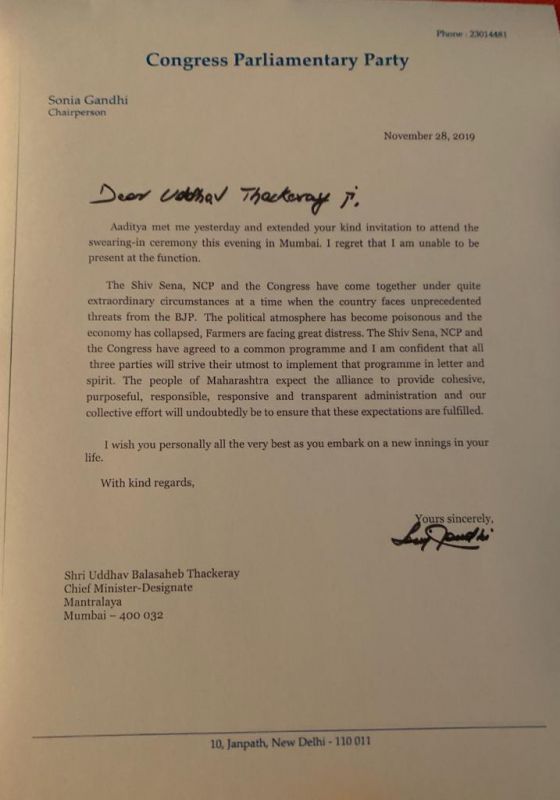 04:50 pm: Shiv Sena’s Eknath Shinde said, “There will be a compulsion and a law will be enacted to ensure 80 per cent reservation for locals in the existing and new companies.” He also said the first cabinet meeting of govt would be held later on Thursday.

02:50 pm: NCP’s Praful Patel said the state cabinet ministers would be announced in the coming days.

02:45 pm: NCP leader Ajit Pawar said he would not take oath today. “The decision on Deputy Chief Minister is yet to be taken by the party,” he added.

Thackeray will be the first member from his family to occupy the top post and the third from Shiv Sena after Manohar Joshi and Narayan Rane.  As he takes over the chief minister's post, Thackeray's first priority would be to address farmers' grievances amongst other issues and to keep the flock together, considering that he will head the newly formed Maha Vikas Aghadi, an alliance of Shiv Sena, NCP, and Congress.

Born on July 27, 1960, in Mumbai, Thackeray is the son of late Shiv Sena supremo Bal Thackeray and is a graduate from JJ School of Arts and a published author. He is also a professional photographer whose work has appeared in various magazines and has been showcased at numerous exhibitions.

Thackeray is also the editor-in-chief of 'Saamana', a prominent Marathi newspaper which was founded by his father. He was handed over the responsibility of managing the party during the 2002 Brihanmumbai Municipal Corporation elections, in which Shiv Sena performed well.

The 59-year-old was appointed as the working president of the party in 2003. In 2004, Bal Thackeray announced him as the next party chief.

Having entered politics at a late age, Uddhav has had a short span of time to prove his mettle in his party and the state. Under his capable guidance, his party swept several local and state elections.

The chief minister-designate has also expanded the party base and network across the state including local bodies and zila parishads.

Thackeray organised a successful debt relief campaign for the farmers of Vidarbha region. The farmers in the region were under heavy debt following a long dry spell in 2007.

On Tuesday, Thackeray was unanimously elected as the leader of the tri-party alliance which met the Governor B S Koshyari to stake claim to form the government in the state.

The Shiv Sena chief spoke to Prime Minister Narendra Modi over the phone on Wednesday and invited him to the oath-taking ceremony, party sources confirmed.

Congress has been good to all, time to repay debt: Sonia