Core panel: B S Yediyurappa's wings to be clipped?

Nalin Kumar Kateel takes charge as BJP state president in the presence of CM B.S. Yediyurappa and state BJP Leaders during a programme at the BJP office in Bengaluru on Tuesday

Bengaluru: First there was the appointment of Mr Nalin Kumar Kateel as the state BJP chief and then the foisting of three Deputy Chief Ministers on him . And now Chief Minister, B.S. Yediyurappa may have  to contend with the party high command further clipping his wings by reconstituting the party’s core committee.

Going by party sources, the central leadership seems keen on reconstituting the state core committee, which has been defunct for several months. The  committee was first constituted when the party came to power in Karnataka in 2008 with a mandate to give inputs and feedback to the government on certain policy matters. Besides Mr Yediyurappa, leaders like the late Ananth Kumar, K S Eshwarappa, D.V. Sadananda Gowda and a few others were a part of it. However, with Mr Yediyurappa dominating its meetings, the committee never functioned the way it was meant to But with the new BJP government taking shape in the state and the appointment of three Deputy Chief Ministers, the reconstitution of the state core committee could be imminent, according to sources.

“But this time, the state president will reconstitute the core committee in such a way that only the very loyal partymen will dominate its proceedings. This committee will certainly be active and besides guiding the government,  will keep an eye on the ministers too. And under a new president who has a RSS background, it will work differently this time,” said sources. 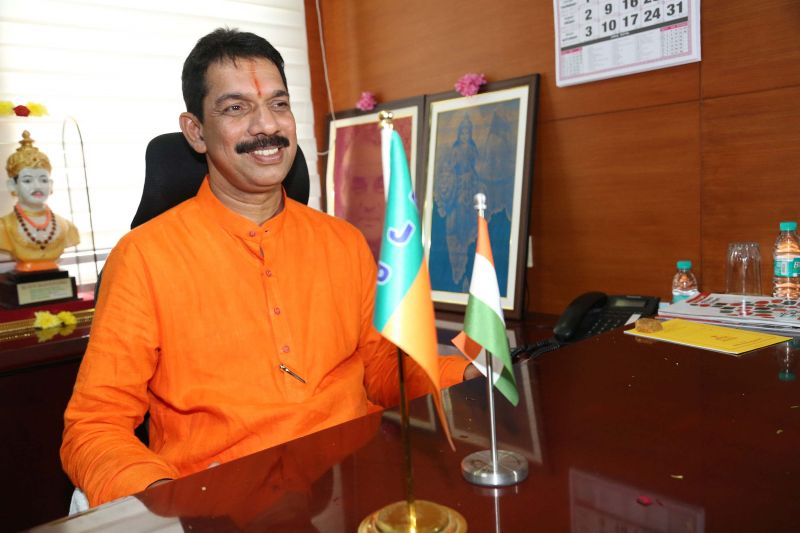 Newly appointed BJP State President Nalin Kumar Kateel said that he will build the party in the state under the guidance of Chief Minister B.S.Yediyurappa and other senior leaders of the party. Speaking after taking charge here on Tuesday, Mr Kateel said, “I am  not a scholar or intellectual, I am a humble worker of the party. The RSS identified and groomed me taking me to this level.”

“I was a bit apprehensive about accepting the post but at the same time, I am confident of leading the party with the help of Mr Yediyurappa and other senior leaders. We have an able prime minister and  National President,  moreover lakhs of party workers are with me. Without hurting anyone’s sentiments I will work for the party”, Mr Kateel assured adding, “I will tour the state and built the party organization.”

Mr Yediyurappa who was present, said that the party’s next aim is to win 150 seats in the Assembly elections for which party workers will have to work tirelessly. “The party has appointed  Nalin Kumar Kateel as president since he has good organizational skills. I will extend all assistance and cooperation to him to strengthen the organization. Under the leadership of Prime Minister  Narendra Modi and Party President Amit Shah we have to built the party organization by shedding our minor differences”, Mr Yediyurappa said.

The CM also recalled that it was considering his organizational skills that the BJP central leadership made Kateel the in-charge of the Kerala BJP.

The right to protest cannot be anytime, anywhere: SC