Mumbai: By-elections to four Lok Sabha seats, including the politically significant Kairana in Uttar Pradesh, and 10 assembly constituencies across 10 states are being held today.

Besides Kairana in western Uttar Pradesh, other Lok Sabha seats that are voting are Palghar and Bhandara-Gondiya in Maharashtra and the lone seat in Nagaland.

Besides, two constituencies in Karnataka — Rajarajeshwari Nagar and Jayanagar — are also heading for the polling booths to elect their Members of Legislative Assemblies. Voting had not happened in these two seats during the May 12 assembly polls.

The counting of votes will take place on May 31.

There have been reports of voting machine malfunction from Kairana, Punjab's Shahkot seat, Maharashtra's Palghar and Bhandara-Gondiya.

05:47 pm: BJP delegation met EC officials in Delhi over reports of malfunctioning in EVMs. BJP's Arun Singh says, "we told them that we received info that EVMs worked either late or with some issues or didn't work at all in 197 booths,demanded repolling at few stations."

02:15 pm: According to reports, Election Commission officers have said that EVMs in Uttar Pradesh and Maharashtra are malfunctioning due to heat wave.

01:45 pm: Encountered problems and panic in the initial hours. Nothing has happened after 12 pm. The new machines are working properly. We are in consultation with Central Election Commission about extension of voting time: Dr Prashant Narnaware, Returning Officer on Palghar by-poll. 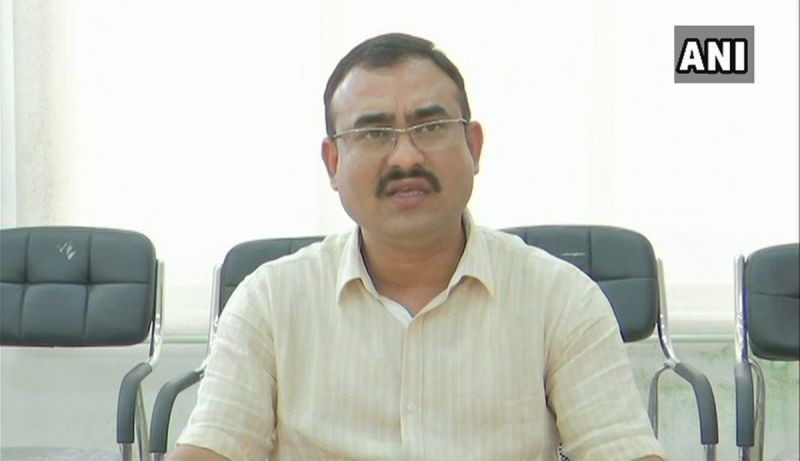 01:00 pm: Technical problems in EVMs and VVPATs clearly indicate failure of EC. If this is the situation in by-polls, think about coming Lok Sabha Elections. We've said it again and again and other parties have also agreed that elections should be conducted using ballot papers: Anil Desai, Shiv Sena. 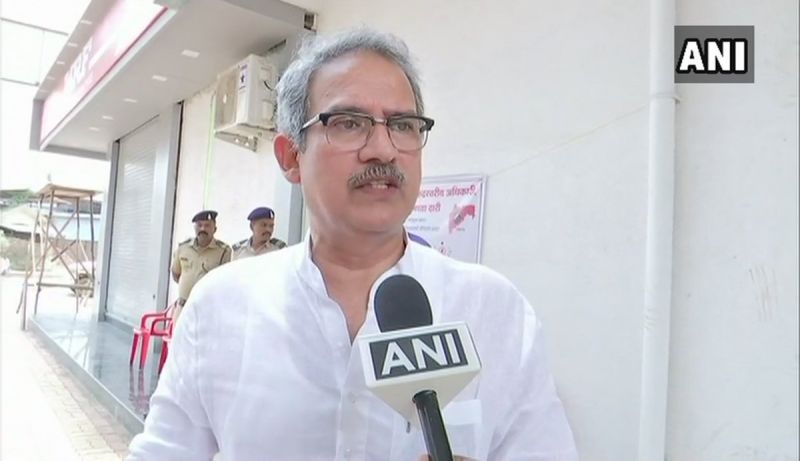 11:49 am: 31 per cent voters turnout recorded for Shahkot bypoll till 11 am, news agency ANI reported.

11:40 am: I've been continuously receiving complaints. They didn't expect so many people to come out to vote in Ramzan.Initial  strategy was to hold elections in Ramzan so that people won't vote: RLD candidate Tabassum Hasan after writing to EC over faulty EVMs and VVPATs.

11:35 am: 21 per cent voting recorded till 11 am in Karnataka's RR Nagar assembly election, reports ANI.

11:25 am: Tabassum Hasan, Rashtriya Lok Dal (RLD) candidate for Kairana Lok Sabha bypoll, writes to the Election Commission over faulty EVMs and VVPATs in around 175 polling booths across Shamli, Kairana and Noorpur. 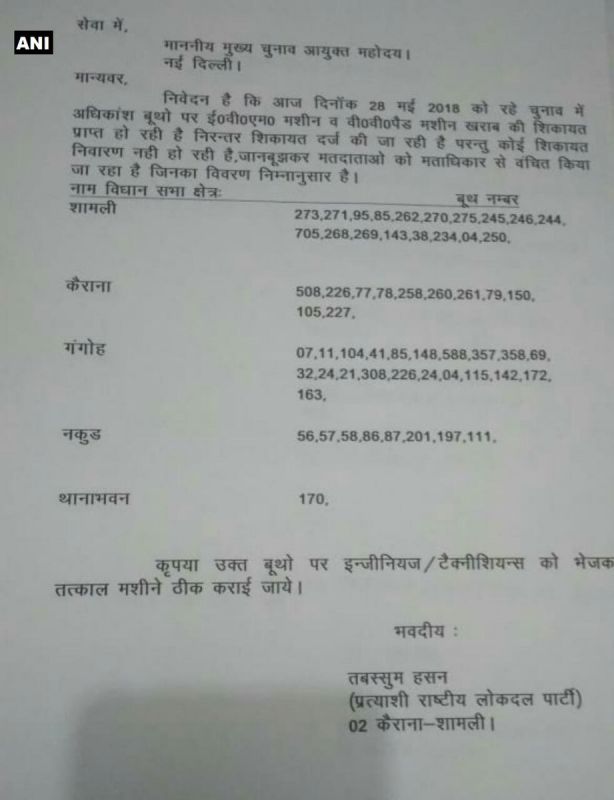 11:01 am: There are reports that in Noorpur, 140 EVMs are faulty, which is because they've been tampered, there are similar reports from Kairana. They (BJP) want to avenge defeat in Phulpur & Gorakhpur, which is why they want to defeat us at any cost : Rajendra Chaudhary, Samajwadi Party

10:42 am: Tabassum Hasan, Rashtriya Lok Dal (RLD) candidate for Kairana Lok Sabha bypoll, casts her vote. "Machines are being tampered everywhere, faulty machines haven't been replaced in Muslim and Dalit dominated areas. They (BJP) think they can win polls like this. That won't happen," she said, 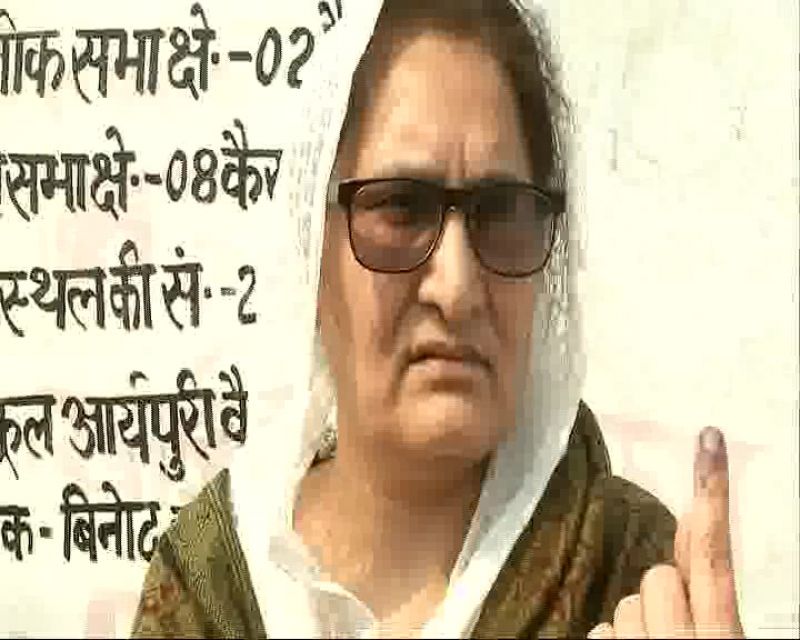 10:32 am: Palghar Lok Sabha bypoll: Instead of index fingers, middle fingers of some voters are being inked by officials to differentiate between them, as panchayat elections were held in some parts of Palghar on Sunday. 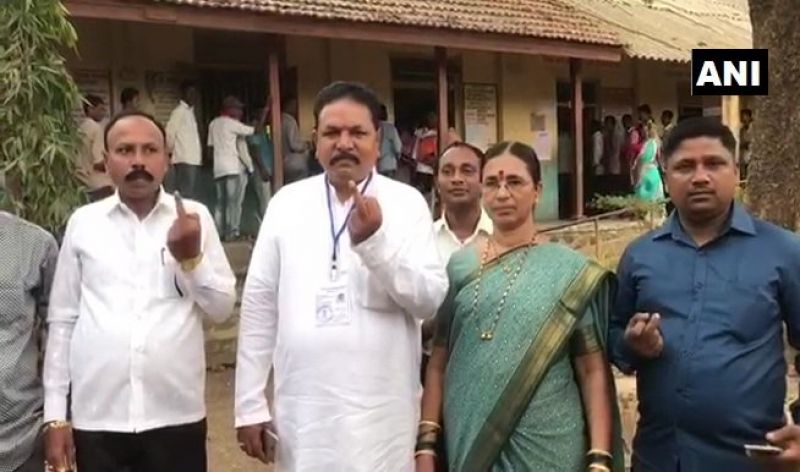 10:01 am: 6 per cent voting recorded till 9 am in UP's Noorpur assembly by-election, reports ANI.

09:27 am: Voting underway for Nagaland Lok Sabha by-poll, visuals from a polling station in Dimapur. 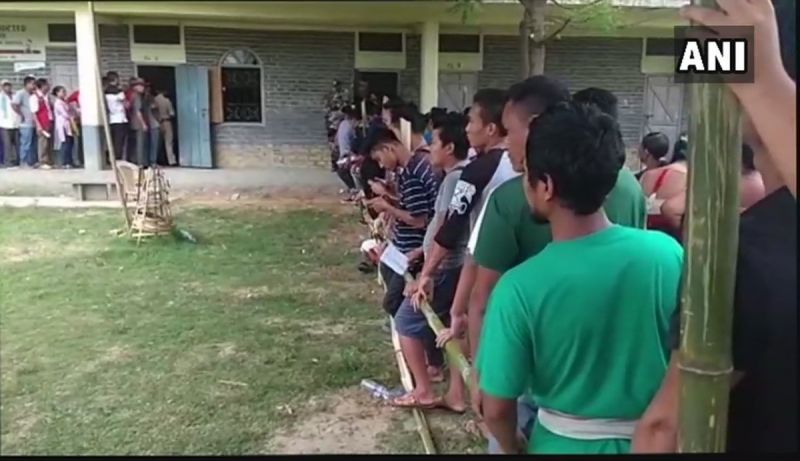 09:17 am: In Meghalaya, voting underway for Ampati assembly constituency.

09:05 am: Maharashtra: Voting has not started at polling booth number 170 in Arjun-Morgaon area of Gondiya due to faulty EVM.

08:54 am: Uttarakhand: Polling agents of all political parties demand a new Electronic Voting Machines (EVM ) after mock poll at a polling booth in Sarpani was stalled due to faulty EVM. 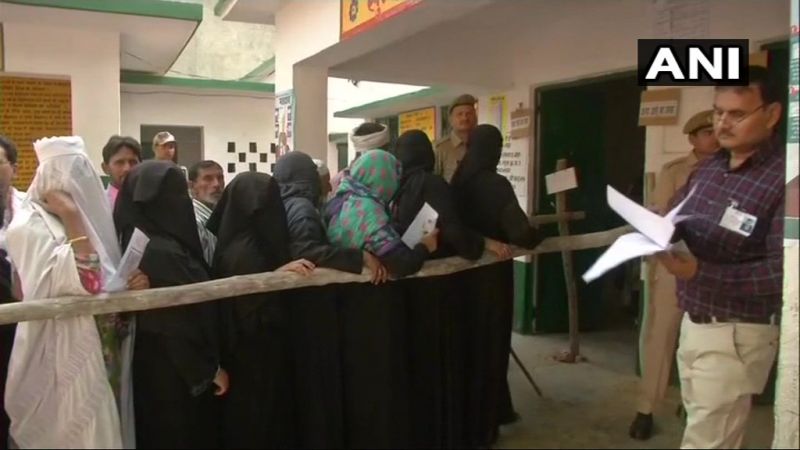 08:21 am: Punjab: Voting underway at a polling booth in Shahkot. 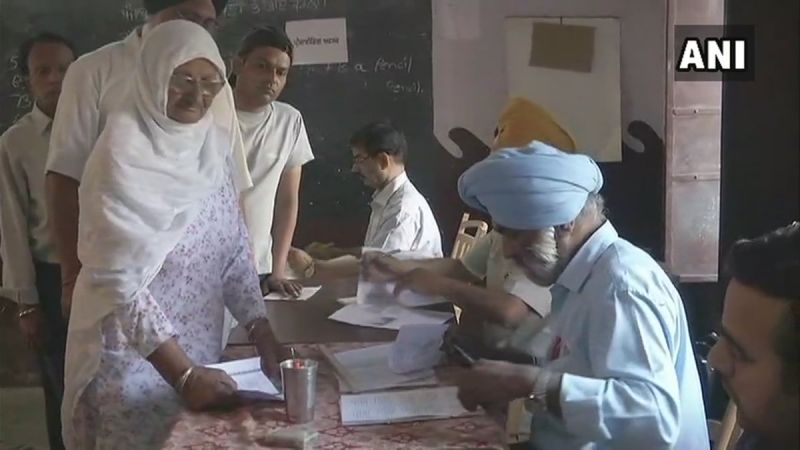 08:15 am: Bihar: Voting underway at a polling booth for Jokihat assembly bypoll. 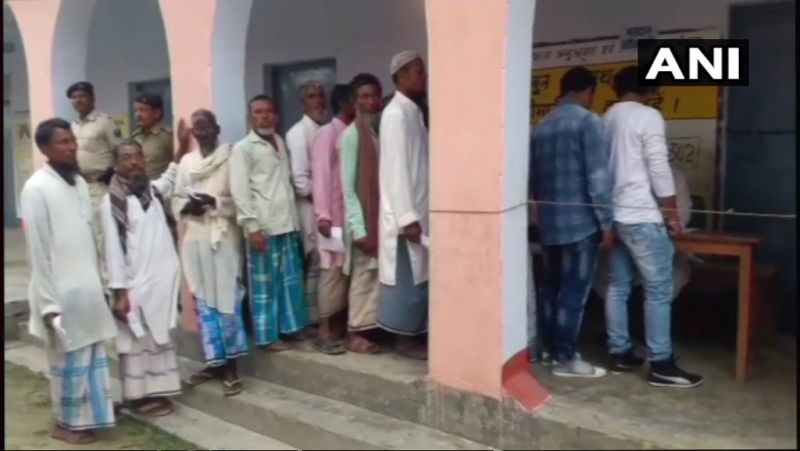 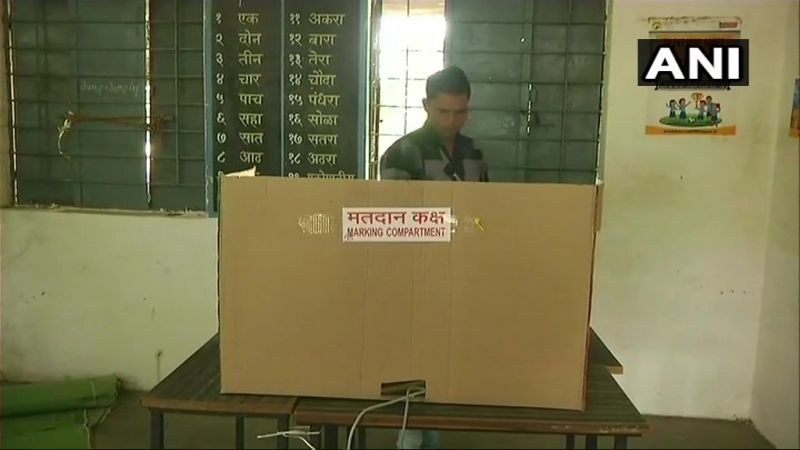