Hyderabad: Tension over the ongoing protests in the Lok Sabha and the pending no-confidence motion against the government came to a boil on Tuesday when AIADMK members rushed to the seat of Congress leader Mallikarjun Kharge and tried to hit him. The timely intervention of Congress chairperson Sonia Gandhi saved the situation.

The Lok Sabha was adjourned for the day on Tuesday without the no-confidence motion given by seven parties being tabled. Soon after the House was convened AIADMK members as usual trooped into the well with placards and raised slogans. 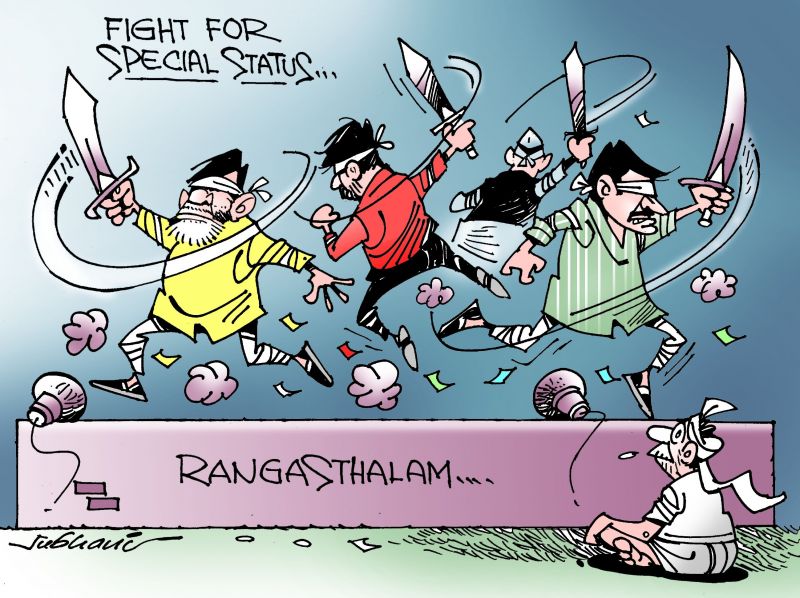 Immediately after the House was adjourned, the AIADMK members rushed towards Mr Kharge and some of them raised their hands to beat him. Former Congress chief Sonia Gandhi came to his rescue by standing in front of him and warned the AIADMK members not to go any further.

Speaking to the media later, Mr Kharge alleged that this (the AIADMK agitation) was a “government sponsored agitation”. He said that the government is instigating AIADMK members to create a ruckus so that the no-confidence motion cannot be taken up for discussion.

Congress leader Mallikarjun Kharge said that the Speaker has been claiming all along that she cannot count the number of members supporting the notice because of the ruckus in the House.

For her convenience, they have got the placards, showing the strength of more than 80 MPs.

To show the support Members of the Congress, Left, Telugu Desam, YSR Congress and some other parties displayed blue-coloured placards with a circled number along with the words 'No confidence'. About 80 members displayed the placards.

CM to hand over 1 lakh 2BHK houses to poor

Prepare for change, pay back to party, says Sonia Gandhi

Rahul makes it final: No TRS alliance in Telangana