BS Yeddyurappa to train his guns on Karnataka government

Former CM B.S. Yeddyurappa outside the CBI court in Bengaluru after his acquittal.

Bengaluru: Buoyed by the CBI court’s verdict giving him a clean chit in a case related to illegal mining in Ballari, state BJP president B.S. Yeddyurappa is likely to turn aggressive and train his guns on the state government and his foes in the party with the latter left with no choice but accept all his decisions.

Sources close to the former chief minister told Deccan Chronicle the Lingayat strongman, who was hesitating to haul up certain ministers on charges of corruption as one case against him and his kin was pending in the CBI court, will be hard-hitting in future. His critics within the party were citing the illegal mining case during discussions with central leaders to thwart his chances of occupying a key post, or joining the Union cabinet. They were certain that he will be indicted by the court for allegedly accepting donation in the form of a cheque from South West Mining Company and therefore will not be able to lead the party in polls to the Legislative Assembly in 2018, sources added. 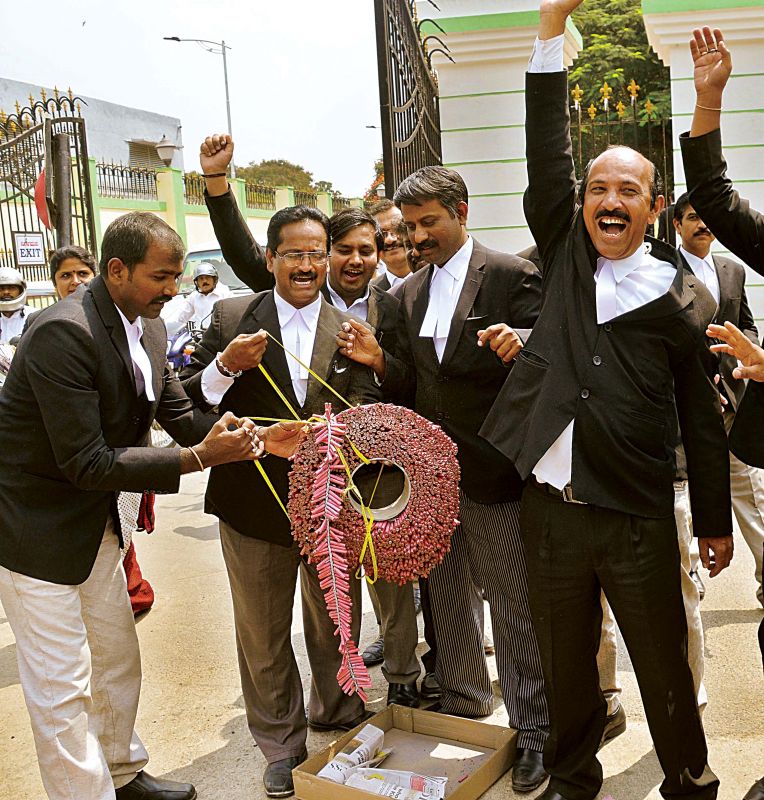 A section of advocates celebrate the clean chit for Yeddyurappa.

Sources said today’s verdict will help top leaders of the party in Delhi to breath easy as neither leaders of Congress or JD (S) will be able to attack Mr Yeddyurappa and his supporters in future. Besides, he will be given a free hand to run the state unit much to the chagrin of his detractors who were upset with his decision to appoint his supporters as office bearers of the state and district units of the party.

In July 2011, Mr Yeddyurappa was asked by party president Nitin Gadkari to step down from the Chief Minister’s post for his alleged role in illegal mining, including the case of accepting a donation from South West Mining Company for Prerana Trust, in a report submitted by Lokayukta Justice Santosh Hegde.Outside the court, supporters of Yeddyurappa broke into celebrations, hailing the judgement.

It was vendetta against me and my family: Former CM
Former Chief Minister and BJP state unit President B.S. Yeddyurappa expressed happiness over his acquittal in the corruption case filed against him in the CBI court.

“It was political vendetta against me and my family. Now the truth has come out in the court. With this judgment, I have regained my reputation and people finally know the truth”, Mr. Yeddyurappa said  soon after the judgment was made.

“I have reposed faith in the judiciary and was also confident that one day, I will come out  clean in the case. This is also a big relief for party workers”, Mr. Yeddyurappa added. 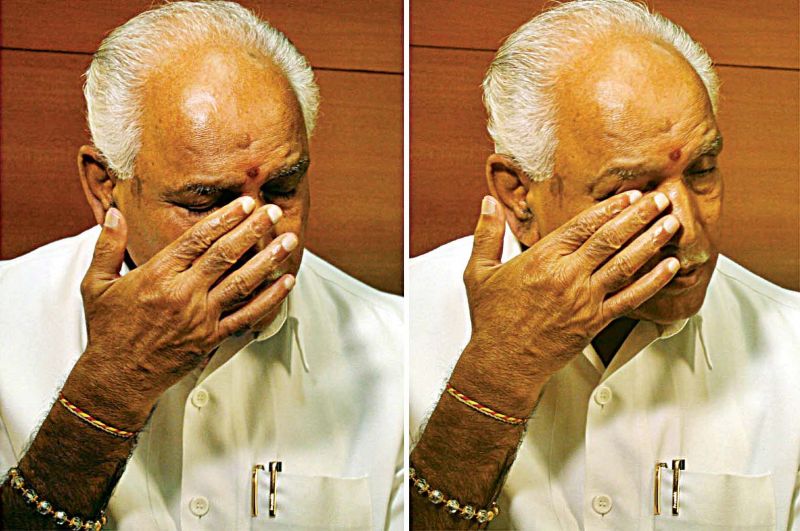 “Henceforth, I will work to further strengthen the party and conduct an  aggressive tour in the state to prepare  party workers for the 2018 general elections”, Mr. Yeddyurappa said.

After visiting the BJP office at Malleshwaram to acknowledge the greetings of party workers, who seemed overjoyed with the judgment, Mr Yeddyurappa said, “Since five years, I have been waging a legal battle in the courts. I have not committed any mistake, but I was falsely implicated in the case. Finally the truth has come out”, he added.

The BJP MLA of Shikaripura constituency, B.Y. Raghavendra, the elder son of B.S. Yeddyurappa while commenting on the judgement, said,  “Our family was falsely implicated in the case to settle political scores, now our confidence level has increased following the judgment. We had to undergone a lot of trauma after false cases were registered against us by our rivals. Opponents of my father had filed these cases, now people know the truth behind these cases”, Mr Raghavendra said.

Mr Sohan Kumar, son-in-law of Mr Yeddyurappa while reacting to the judgement, said, “We are very happy with the CBI court verdict. We were quite tense in the morning, but after the judgment, we are relieved. It was quite a long legal battle for our family.”

Tamil Nadu extends lockdown restrictions with some relaxations till Nov 15