Posters were found at the spot which read that the killings were a warning to the locals who believe that the police will help them (Photo: ANI Twitter)

Patna: Lok Sabha MP and LJP leader Chirag Paswan demanded imposition of president rule in Bihar after a member of his party Sudesh Paswan and his brother Sunil Paswan was murdered in Gaya district on Wednesday.

According to reports, the incident occurred while Sudesh Paswan, a block president of LJP, along with his brother was campaigning for Panchayat election in Dumariya area. After the incident, the police launched a manhunt to nab the shooters involved in the case. 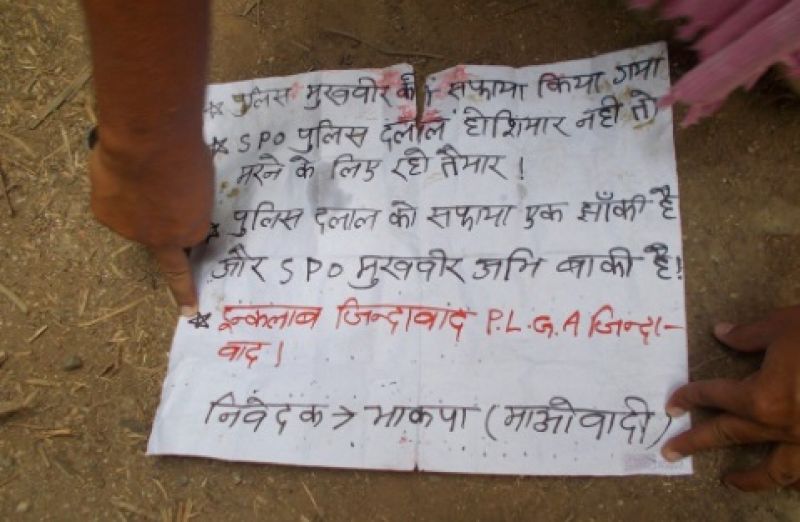 Initial reports suggest that it was a Naxal attack. The locals later vandalised and torched vehicles in protest. The police later found a placard and posters from the spot which said that all police informers will be killed in the same manner and the killings were “a warning to all those who thought that police will help them”.

The posters, according to sources, had the signature of a group belonging to a Naxal outfit.

“Nitish Kumar says there is no jungle raj in Bihar then why one after another people are being killed. Seeing the growing lawlessness in the state I think now president rule is the only option left”, LJP leader and Lok Sabha MP Chirag Paswan said on Wednesday.

While attacking the grand secular alliance further Paswan added that, “Nitish Kumar despite being the Chief Minister of the state is working under pressure”.

Earlier, Brijnathi Singh of LJP and Bisheswar Ojha, Kedar Singh of BJP were murdered in February.

According to reports, after the formation of grand secular alliance government in Bihar, around a dozen high profile murders have been reported.

Condemning the murder Hindustani Awam Morcha Chief Jitan Ram Manjhi said, “It seems that the government in Bihar has lost all will to act against criminals, political leaders belonging to NDA are being killed out of revenge”.

'Congress toolkit' circulated by BJP is a fake, says Congress