The morphed photo of Rajnath Singh and Prakash Karat was posted and removed by the Trinamool Congress from its Facebook page. (Photo: Twitter)

The matter came into light on Saturday after the TMC in its website, following a press conference of Derek O Brien, posted two videos and six pictures in the evening.

“I had conducted a press conference today and had shown two videos one of Rahul Gandhi, where he is seen criticising the Left on one hand in Kerala and calling for an alliance with the Left in Bengal," said Brien.

“Later on along with these two videos, six pictures were posted on our party website, out of which one had shown Rajnath Singh offering sweets to Prakash Karat. This picture was there on our website for quite some time. But as soon as we came to know that the picture is morphed, we removed it. The matter should end there,” he said.

The original photo has Rajnath Singh feeding a ladoo to Prime Minister Narendra Modi at the Bharatiya Janata Party office. 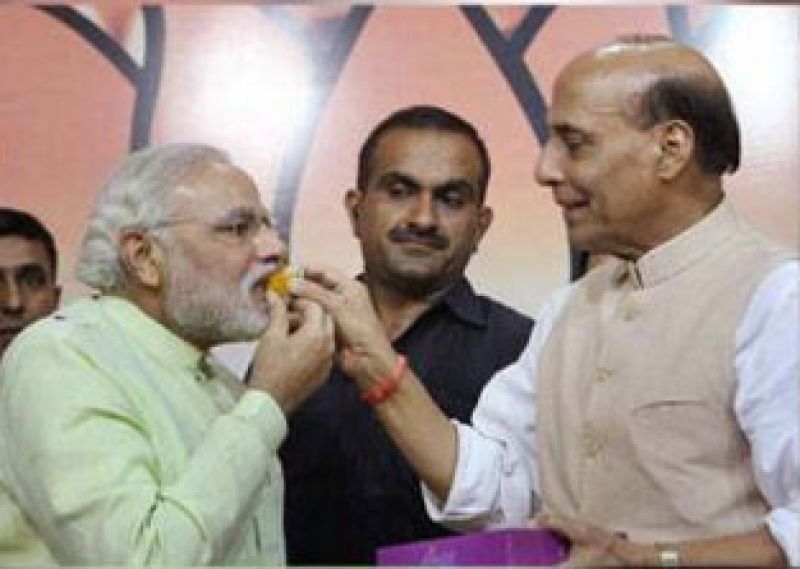 BJP national secretary Siddharth Nath Singh said the incident shows the frustration of TMC out of the fear of losing.

“How could they use the morphed picture of Union home minister of India. This shows their mindset. This is a very serious matter. We have decided to lodge a police complaint regarding this matter,” Singh said. A TMC statement later on said, “Two videos & 6 pics were shown at our press conference. We removed one pic immediately when our research team learnt it was photoshopped.”

Congress in disarray in UP, Priyanka rallies cancelled