Mr Kharge and former Union minister J.D. Seelam met the Lok Sabha secretary-general after the Hou-se was adjourned for the day and submitted the notice. Mr Kharge requested Lok Sabha Speaker Sumitra Mahajan to take up the discussion in the House on Tuesday. The Telugu Des-am and YSR Congress also gave fresh notices on the motion.

The events in Parliament on Friday followed the same pattern as of the last few days with Telangana Rashtra Samiti and AIADMK MPs coming into the well of the House carrying placards and raising slogans. 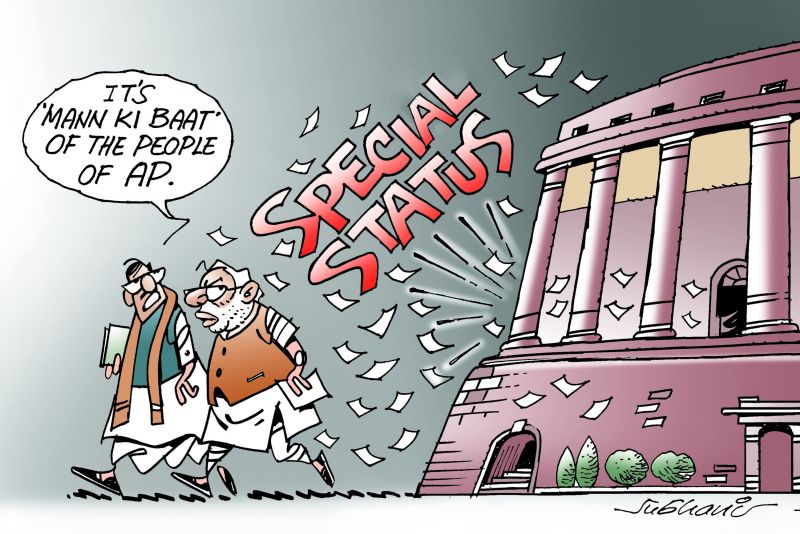 The Speaker adjourned the House till 12 noon and when it reassembled went through the same ritual of announcing she had received notices of no-confidence against the council of ministers from Y.V Subbareddy (YSRC) and Thota Narasimham (TD), which she was duty bound to take up but she can only do so if the House is in order.

With the TRS and AIADMK MPs keeping up their din, the Speaker adjourned the House to March 27.

In the Rajya Sabha, the TD, TRS, YSRC, AIADMK and the Congress MPs gathered in the well with placards and stalled the proceedings. Upset at this continuing every day since March 5, chairman of the Rajya Sabha M. Venkaiah Naidu commented “with continually stalling the proceedings every day I feel the House should be adjourned sine die”. He adjourned the House till Monday.

Gender bias in the Army: 'Pretty commanders' and a mindset of ‘just prudence’

A small but necessary step to save Cauvery delta

Another Bengaluru woman in trouble for demanding freedom for Kashmir