CHENNAI: Gearing up for any eventuality during this northeast monsoon season, the state government, aided by the Tamil Nadu State Disaster Management Authority (TNSDMA), said on Tuesday that a massive rescue, relief and mitigation plan is now in place with weathermen predicting very heavy rains.

The state has put together a virtual army of emergency rescuers and helpers, it was stated here after a high-level review meeting with ministers and officials, chaired by the Chief Minister Mr. Edappadi K. Palaniswami. 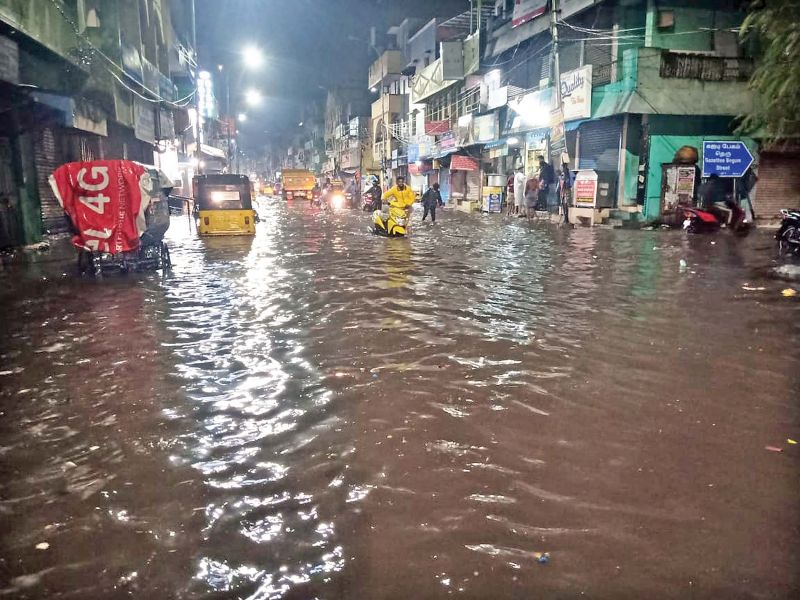 The teams will be involved in executing special tasks including early warning, search, rescue, transport arrangements, evacuation, first aid, shelter and relief (food, water and sanitation) in the event of any emergency situation in any of the districts, as per the protocol drawn up by the TNSDMA.

Mr Palaniswami who made a detailed review of the level and extent of preparedness, has directed that all rescue teams should reach the affected areas at the earliest with all the necessary paraphernalia. Attention in particular should be paid to draining out flood water from inundated places for which motor pumps should be kept ready and sufficient men and equipment should also be kept ready for cutting and removal of fallen trees in any affected area, an official release said.

The extent of preparation can be gauged from the fact that the State in all has readied 21,957 'first responders' (at least ten per vulnerable area), including 9,162 women who will rush to any badly hit place for search, evacuation and rescue operations. For rescuing heads of cattle, 8,871 'first responders' have been positioned, besides 9,909 'first responders' to cut and clear fallen trees, the release said.

On the flood preventive measures on the infrastructure side including de-silting of canals, lakes and other water-bodies, Mr Palaniswami said all pending works should be completed expeditiously before the NE monsoon gets intense over Tamil Nadu.

As many as 121 multi-purpose protection centres to house people shifted from low-lying areas, besides 4,768 school buildings, 105 college buildings and 2,394 marriage halls and community centres have also been kept ready to meet any contingency of mass evacuation across the districts, the release said.

The release said that TN disaster response force comprising 1,000 policemen, 4,155 police personnel trained by National Disaster Response Force (NDRF), besides other police personnel are also in a state of readiness in all the coastal districts including Chennai.

The total security personnel put together for flood relief and rescue works will be over 6,600 men, the release said. In addition, contingents of the NDRF men will also chip in wherever required.  With the help of a web-GIS based decision support system, a 'TNSMART app', for relevant messages to be quickly communicated to the people has also been  developed, the release said.  Government and private hospitals have also been alerted to be ready for any emergencies, it said, adding, steps have been taken to stock essential commodities needed for two months in all fair price shops.

PM Modi gets a three-week birthday bash as popularity dips