K'taka crisis: Hectic day of debate but trust vote still not on cards

The ongoing high-voltage political drama in Karnataka is likely to culminate on Monday with Congress-JD (S) coalition government schedule to face the crucial floor test in the Assembly. (Photo: ANI)

Bengaluru: The ongoing high-voltage political drama in Karnataka is likely to culminate on Monday with Congress-JD (S) coalition government schedule to face the crucial floor test in the Assembly.

On Friday, the Assembly failed to meet two deadlines set by Governor Vajubhai Vala to complete the trust vote.

Tension in both the camps i.e. JD(S)-Congress and the BJP, is apparently at its peak with leaders pulling up their socks and making all-out efforts to fetch numbers. In pursuit, both BJP and Congress leaders simultaneously held legislative party meetings in Bengaluru on Sunday.

Here are the live updates:

BS Yeddyurappa: We didn't protest when they (Congress-JDS) were speaking. Siddaramaiah,CM&you(Speaker)promised floor test on Monday. When our chief Whip was called,we stated we'll be here till late night till all debates conclude.Please allow us to go ahead with confidence motion https://t.co/dS4BmvyDVS

9:00 pm: BJP stays unmoved, BS Yeddyurappa said the party leaders will be in the house till 12 am.

BS Yeddyurappa, BJP in Vidhana Soudha: CM had promised that he will finish it (trust vote) today and prove the majority today. Now I've spoken to Sunil, the chief Whip, over finishing it today. We will be in the house till 12 am. #KarnatakaFloorTest pic.twitter.com/2Z6ViFvggp

8:50 pm: The Assembly has resumed after the Speaker adjourned the sitting for ten mins at 6.30 pm.

Bengaluru: Karnataka assembly has been adjourned for 10 minutes following an uproar by the MLAs of JD(S)-Congress at the well of the House. pic.twitter.com/RNucdcbDoG

K'taka Home Minister MB Patil has called an official meeting with Commissioner of Police, to discuss about zero traffic reportedly given to rebel MLAs when they came back to Bengaluru to meet the speaker. JD(S) MLA, AT Ramaswamy had raised this matter in assembly today.(file pic) pic.twitter.com/V1z1Yg5SUO

#Karnataka Home Minister MB Patil at Vidhana Soudha: Only because Governor had asked us to provide them (rebel MLAs) security, we did that. Zero traffic was not provided to them. (file pic) pic.twitter.com/3sHLhfFpvL

P Muralidhar Rao,BJP National General Secy: Congress-JD(S) is violating constitutional rights. Democracy is being murdered. Court has allowed the 15 MLAs (rebel MLAs) that they may or may not be present there. They (K'taka govt) don't have the no.,they're in minority. #Karnataka pic.twitter.com/Hd3pAtEczc

4:44 pm: India Today has reported that HD Kumaraswamy is likely to meet the governor at 7 pm to tender his resignation. On Sunday, Water Resources Minister DK Shivakumar had hinted that Kumaraswamy will vacate the chief minister’s seat to save the Congress-JD(S) combine.

4:32 pm: Participating in the debate on the confidence motion, JD(S) leader AT Ramaswamy asked the rebel MLAs if they were being honest about them not being hungry for power. "Danger lurks the Constitution if the backdoor entry to power is allowed by way of resignations,"  he said.

4:00 pm: Speaker K R Ramesh Kumar asserted that Assembly members listed for speaking during the debate on confidence motion will only be given 10 minutes' time to talk.

#Karnataka Speaker KR Ramesh Kumar at Vidhana Soudha, Bengaluru: Each member will speak only for 10 minutes. Don’t make me say this again and again. pic.twitter.com/6onm7voPO9

3:40 pm: Congress leader Siddaramaiah said the Speaker will take a call on confidence motion. "We have already told that we will prove the confidence in Vidhana Soudha. We have also filed the petition and the Supreme Court will hear our plea by Tuesday."

#Karnataka Speaker KR Ramesh Kumar at Vidhana Soudha, Bengaluru: Each member will speak only for 10 minutes. Don’t make me say this again and again. pic.twitter.com/6onm7voPO9

"If the rebel MLAs come back then they will be with us. Rebels have told that they are not living comfortably, they could have stayed back here itself," he added.

1:25 pm: "Why is the BJP not accepting it wants the chair? Why are they not accepting the fact that they are behind 'operation lotus'? They should accept that they have spoken to these (rebel) MLAs," said Congress' D K Shivakumar.

12:35 pm: Congress MLA Krishna Byre Gowda addressed the Karnataka Assembly ahead of the trust vote and raised the resignations of the rebel MLAs.  "One is Ramesh Jarkiholi. He has been in touch with the BJP, met them several times in the last few months. He was unhappy for not having received a ministerial berth," he said.

He also said that even though the BJP alleged that the government is in minority because of the resignation of the MLAs, they didn't move a no-confidence motion.

12:25 pm: In a reply to Shivalinge's query Speaker said, “Giving the whip is up to you, and abiding by it or not is the MLAs’ prerogative. If there is a complaint I will act accordingly. I cannot send a message to those who are in Mumbai.”

12:20 pm: JD(S)'s Shivalinge Gowda asked the Speaker that will the whip be not applied to the rebel MLAs if they don’t attend? "Will you take action against them or will it be an order like the Supreme Court’s. The whip has been issued and we have to come to you. Please tell us if you will take action,” Shivalinge added.

12.13 pm: "In your speeches, make sure that dignity of Assembly is kept alive. These are time stalling tactics being used. It harms the image of Assembly, Speaker and also image of you as MLAs," says Speaker Ramesh Kumar.

12.10 pm: As the Assembly begins, Karnataka Speaker K R Ramesh Kumar said, "I will have to pass a ruling today. I was delayed as I was checking the Supreme Court order."

10:55 am: Karnataka Speaker KR Ramesh Kumar summons rebel MLAs to meet him at his office at 11 am on July 23. The notice has been issued over disqualification (of rebel MLAs) petition by coalition leaders.

10.47 am: Supreme Court refuses to give early hearing on plea by two independent Karnataka MLAs seeking a direction to conclude floor test in Assembly on Monday. 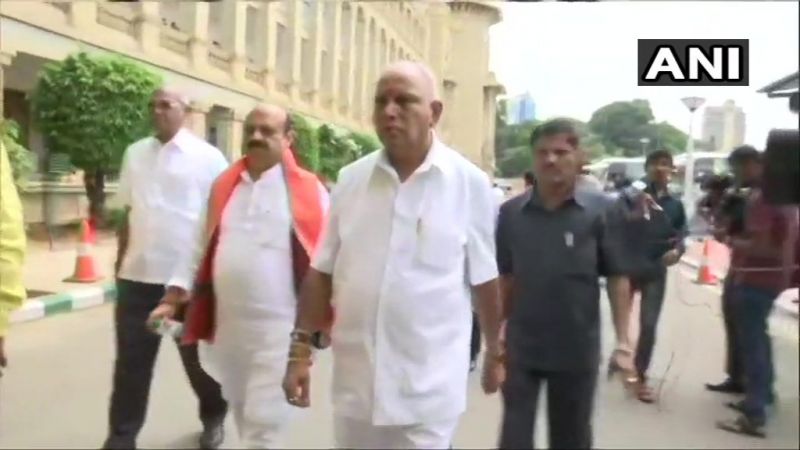 10.27 am: Speaker KR Ramesh Kumar has said that the trust vote will take place before 6 pm today, reported News18.

10:00 am: The security around the Vidhan Sabha in Karnataka has been heightened ahead of Congress-JD(S) coalition government’s trust vote in the Assembly today. 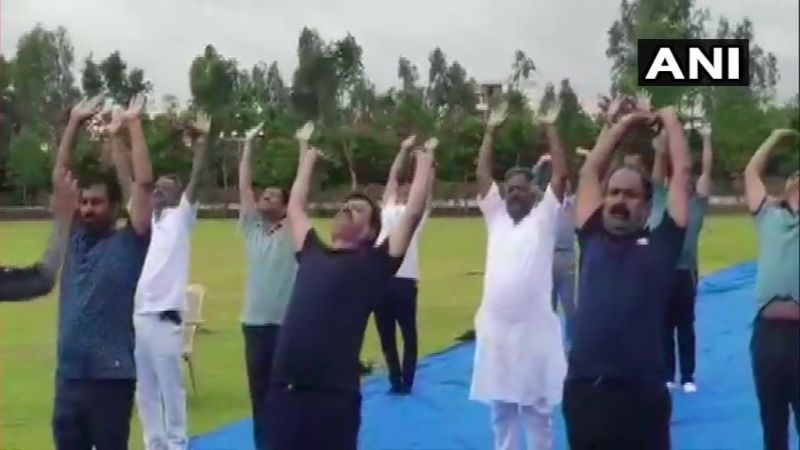 As many as 16 MLAs -- 13 from the Congress and three from JD(S) -- have resigned, while independent MLAs R Shankar and H Nagesh have withdrawn their support to the coalition government, putting the Kumaraswamy-led government in jitters.

The ruling coalition's strength in the House is 117-- Congress 78, JD(S) 37, BSP 1, and nominated 1, besides the Speaker. With the support of the two independents, the opposition BJP has 107 MLAs in the 225-member House, including the nominated MLA and Speaker.

If the resignations of the 15 MLAs (12 from Congress and 3 from JDS) are accepted, the ruling coalition's tally will plummet to 101, (excluding speaker) reducing the 14 month-old Kumaraswamy government to a minority.