New Delhi: Tension is running high in the corridors of power as Prime Minister Narendra Modi gets ready to axe mediocre performers from his Cabinet. The Prime Minister, BJP president Amit Shah and finance minister Arun Jaitley are reportedly drawing up a list of “performers” and “non-performers”.

There have been a series of meetings at the Prime Minister’s 7 Race Course Road residence in the last 24 hours to discuss the reshuffle. A rejig is also expected in the organisation and Mr Shah on Saturday held talks with BJP leaders. 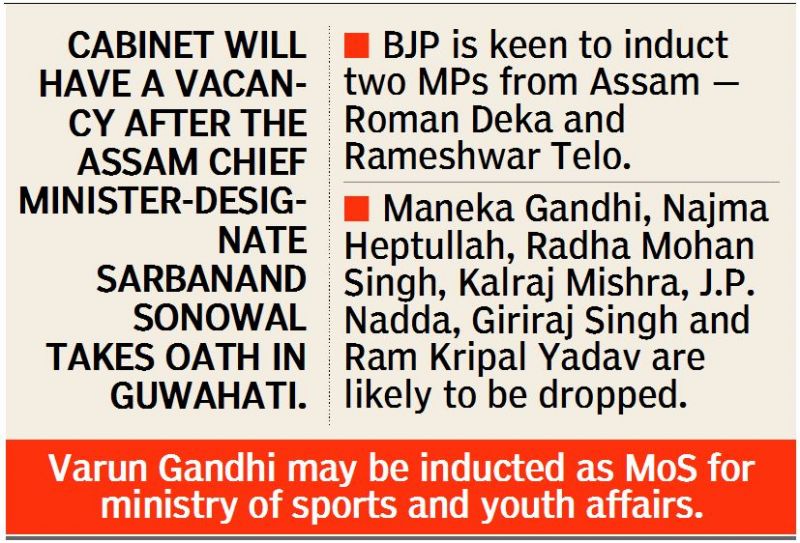 The Cabinet reshuffle will be carried out with an eye on the forthcoming Uttar Pradesh Assembly elections and some fresh faces from the state are expected to be brought in. Sources said the Cabinet reshuffle could take place by the month-end or in the first week of June. The PM will be leaving for a bilateral visit to Iran on May 22 and on his return the exercise is likely to gain momentum.

Union MoS Mukhtar Abbas Naqvi may get Cabinet rank. Senior Bihar BJP leader Sushil Kumar Modi, sources said, is also in the reckoning for induction into the Union Cabinet. Sources said the PM, Mr Shah and Mr Jaitley are thinking of dropping a few ministers who could not aggressively implement the government’s agenda.

Union MoS for railways Manoj Sinha, who is likely to play  a key role in the UP elections, may be elevated to Cabinet rank, sources said. “Caste equations may also play out in picking new entrants for the Cabinet from UP,” sources said.

Interview | People have decided to vote TRS out: Tejasvi Surya

RSS distances itself from article critical of Infosys