‘JD(S) benefited, we lost out’: Siddaramaiah

Bengaluru: In what could be considered bad news for Chief Minister H.D. Kumaraswamy and his father, JD(S) supremo H.D. Deve Gowda, Congress Legislature Party (CLP) leader Siddaramaiah has unequivocally told party president Rahul Gandhi to reconsider the alliance with the Janata Dal (Secular) as it harmed the party to a great extent in the recent Lok Sabha polls.

Coming from Siddaramaiah, this is not surprising as he had from the start opposed the tie-up with the JD(S) to form the coalition government after the May 2018 Assembly polls which threw up a fractured verdict. But, the Congress president went by the advice of other leaders who felt a coalition with the JD(S) was the only option to prevent BJP from storming back to power and Siddaramaiah had to fall in line.

A miffed Siddaramaiah had reportedly told Congress insiders that the party would have to pay a heavy price as long as it was part of  a coalition with the JD(S) and he was proved right in the Lok Sabha polls when the Congress tally fell from 10 to just one in Karnataka.

Siddaramaiah had been camping in Delhi to meet the party president since Monday. He got an appointment only on Wednesday morning. 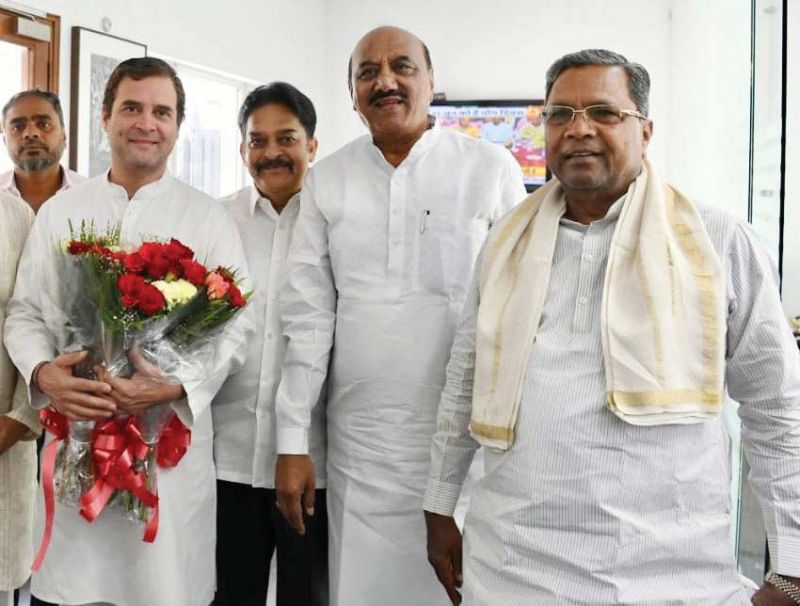 In the meeting that ensued, they discussed several issues  including the outburst of senior leaders against the state leadership and the reasons for the Congress debacle in the Lok Sabha polls.

Sources told Deccan Chronicle that Siddaramaiah feels the current coalition with the JD(S) has benefited its supremo Deve Gowda and Chief Minister H.D. Kumaraswamy more than the Congress. There are many in the Congress who contend that the pre-poll alliance with the JD(S) in the Lok Sabha polls cost the party at least five to six seats with heavyweights like Mallikarjun Kharge,  K.H. Muniyappa and  M Veerappa Moily biting the dust. Also traditional votes of the Congress were transferred to BJP candidates because of the aversion to the JD(S).

According to these sources, the Congress lost Kodagu-Mysuru, Kalaburagi, Chikballapur and Kolar as local JD(S) leaders did not work for Congress candidates. While leaders were united at the state level, party workers were not working in tandem at the grassroots.  Developmental activity in Bengaluru took a backseat due to scarcity of funds and this was made a big issue by the BJP during the election campaign.

“The Congress should have thought about the dangers involved in going with the JD(S) before finalising the deal with the latter,” said sources, while defending Siddaramaiah's line of thinking.