Kolkata: Mamata Banerjee on Thursday stormed back to power with a two-third majority as Trinamool Congress (TMC) fought it out alone against the Left-Congress alliance in the West Bengal Assembly polls.

In the 2011 elections, Trinamool Congress, which had then contested in alliance with the Congress and won 184 seats in the 294-member Assembly, has now won 98 seats and leading in 113 (total 211).

Prime Minister Narendra Modi was among the first to congratulate Mamata on the TMC’s impressive victory in West Bengal. Mamata thanked the Prime Minister for his compliments.

Spoken to @MamataOfficial ji & congratulated her on the impressive victory. My best wishes to her as she begins her 2nd term.

Thank you so much for your kind wishes @narendramodi ji

The Congress, which had last time got 42, improved marginally by securing three more seats this time. It was already declared winner in 14 seats and was leading in 31.

Its ally -- CPI(M) -- failed miserably in its revival as it registered a big slide after getting only 26 seats against the 40 it had last time. The party was declared winner in 9 seats and was leading in 17. CPI(M) allies CPI, Forward Bloc and RSP were ahead in 5 seats.

Though Mamata Banerjee won from her Bhawanipur constituency defeating her closest rival Deepa Dasmunshi of Congress by 25,301 votes, there were few upsets in the TMC with four of Mamata's ministers losing the elections. They are Madan Mitra, Chandrima Bhattacharya, Manish Gupta, Sabitri Mitra and Krishnendu Narayan Chowdhury. 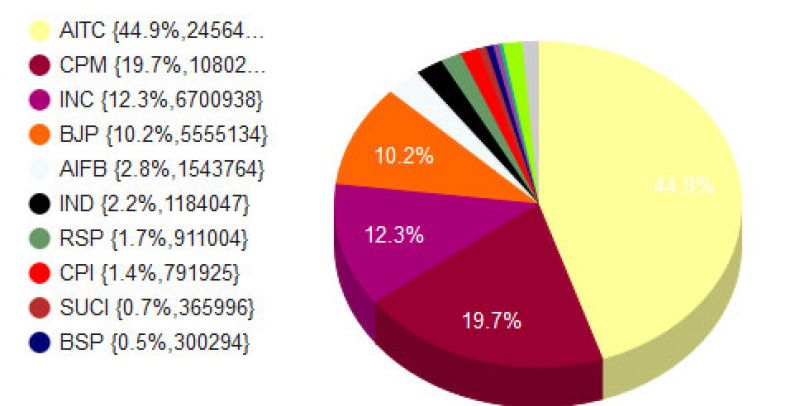 Ahead of the elections, the last-minute Left-Congress alliance had one major loophole – it drove many voters to the Trinamool Congress as some Left leaders were strongly opposed to this association. What baffled everyone was why the CPI(M) chose to ally with its traditional enemy in the state, the Congress.

Mamata had been on the backfoot in the run up to the elections because of the Saradha chit fund scam and the Narada sting operation. The loss of lives after the collapse of a flyover in Kolkata added to her woes.

However, she came back stronger than before. After this win, Mamata not only emerges as the undisputed leader but strengthens her chances of a strong position in a possible Third Front for the 2019 general elections

What worked in Mamata’s favour was her pro-rural approach. In the run-up, Mamata expanded her voter base with numerous welfare schemes. Kanyashree scheme, which offers monthly scholarship of Rs 750 to girl students from financially weak families, 'Sabuj Sathi' scheme under which cycles are distributed to students are among the most noted schemes. 'Yuvashree' scheme, granted a monthly amount of Rs 1,500 to one lakh unemployed youth in the state as additional assistance" for them to meet their expenses. 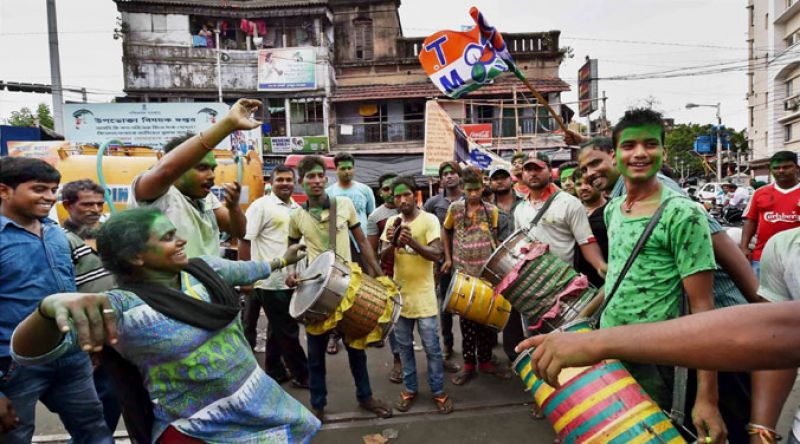 Thanking the people of the state for accepting her for yet another term, she said, "We want to thank the people of Bengal. They are the biggest pillar of democracy. We have fought this election alone. The Opposition was united against us but people have given us a huge victory,” Mamata said.

Mamata alleged that campaign and conspiracies were hatched against her, adding that she would never support the ideologically different BJP. "I am not a VIP. I am a LIP (Less Important Person). I want to continue to live as a commoner," she added.

Banerjee said the TMC fought the election alone, although the Opposition was united in the contest.

Pointing out the government's responsibility had increased now, Banerjee said the TMC's priority is socio-economic development of the downtrodden. "Development will continue. Special focus will be on employment generation and infrastructure development. This is magic of the people, because at the end of the day, they decide who will rule and who won't," she said.

"We will work for artists also. I want to thank the Election Commission for conducting polls peacefully. We will make Bengal the best among all," she added.

Mamata further stated her party had ideological differences with the BJP and would never support them. 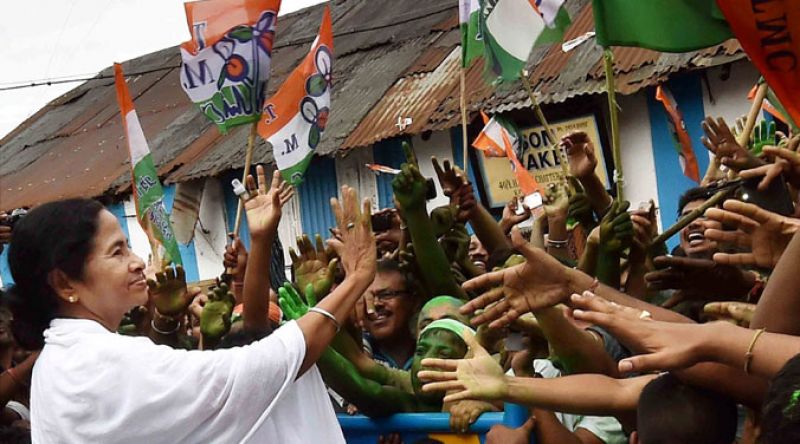 Ridiculing the Congress, which had joined hands with the Left against the incumbent dispensation, the TMC chief said: "I believed in the Congress' ideology, as I had joined politics with that party. But now, the Congress itself has lost its ideology."

Meanwhile, accepting defeat as the ‘people’s verdict’, CPI(M) General Secretary Sitaram Yechury said his party would introspect on the results.

"We accept the verdict of the people of West Bengal with all humility. Compliments to all comrades, supporters and those who have stood by us,” said Yechury. "We will introspect on the results. It is a challenge which we shall meet with all our strength. Lal salaam (sic)," Yechury tweeted.

Mamata not just decimated the Congress and the Left, who joined hands to defeat her, but also prevented the BJP from making a mark in the state, despite a very aggressive campaign.

The Trinamool chief had targeted the CPIM-Congress alliance during her campaign. “Banglai dosti, Keralai kusti” (Friendship in Bengal, rivalry in Kerala,” she repeatedly reminded the voters.

The TMC supremo further said that her party would organise cultural functions from tomorrow till May 30 to thank the 'Maa, Mati, Manush' for their support. Sharing her plan of action, the TMC chief said, "In 2011, we took oath on May 20. It is a day of 'poriborton' (change) for us. Tomorrow, we have called a meeting of all the newly-elected MLAs at 12.30 pm. We will take oath on May 27. A session of the Assembly will be called before May 29.”

Chandrima Bhattacharya, Minister of State for Health, and Law and Judicial Affairs, also failed to retain her seat from North Dum Dum as she lost out to CPI-M's Tanmoy Bhattacharya by 6549 votes.

Madan Mitra, who is in police custody in the multi-crore Saradha chit fund scam case, lost his Kamarhati seat by 4198 votes to CPI-M leader Manash Mukherjee. It was the first time that a high-profile candidate was fighting elections in the state from jail. The former state Transport and Sports minister, who was also named in the Narada sting operation, was arrested by the CBI in December, 2014.

Some liquor outlets shifted, in some facilities upgraded: Excise dept to Kerala HC