Tamil Nadu Chief Minister and AIADMK Supremo J Jayalalithaa is greeted by a party cadre after the party's win in the state. (Photo: PTI)

Chennai: Jayalalitha stormed back into power in Tamil Nadu after a closely fought two-way battle between her party AIADMK and Karunanidhi-led DMK; while the so called ‘third front’ led by Captain Vijaykanth failed to make any impact in the fight for votes.

While Jaya’s party won a clear majority with 134 seats, the DMK was not very far behind and was victorious in 98 constituencies. Jayalalitha may not have achieved a landslide victory but her win is historic nonetheless as she is the only leader two have retained her chief ministerial throne for a consecutive term in more than two decades. Interestingly, it was her mentor and AIADMK founder M G Ramachandran, who was the first and only leader in the state to have won two consecutive terms in the state between 1977 and 1987. 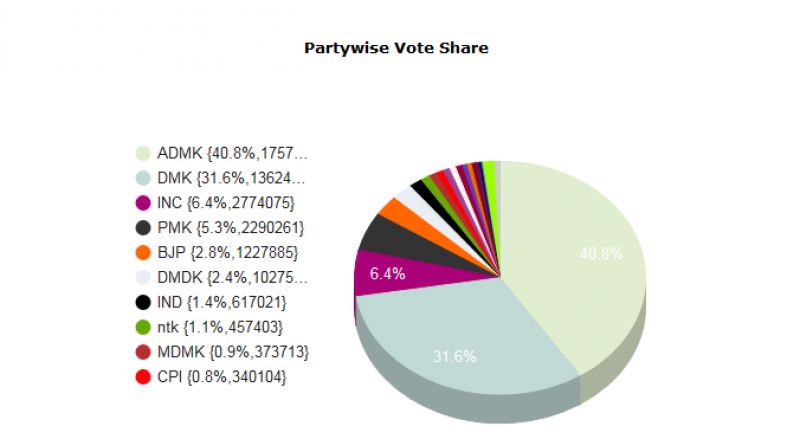 Buoyed by the increasingly encouraging trends, the chief minister held a news conference on Thursday afternoon to thank the people of Tamil Nadu for ‘reposing’ their faith in her again and for putting an end to the ‘family rule’ of Karunanidhi.

“I will forever be indebted to the people of Tamil Nadu who have reposed full faith on me and by making AIADMK emerge victorious in a big way; this election has upheld true democracy shattering to pieces the campaign of lies of DMK. This election has put a permanent full stop to the family rule," she said.

Jayalalithaa proved her mettle as a leader who is clearly a favourite with the masses and left no stone unturned to win the common man over with a string of populist measures and freebies promised in exchange of a winning mandate. Critics may have not been impressed with her schemes but she hit her target with pro-poor measures and struck a chord with a women by distributing free sanitary napkins, baby care kits, breast feeding shelters and offering maternity assistance and 9-months maternity leave.

She proved her detractors wrong who thought that corruption allegations and the disproportionate assets case against her could dent her chances of sealing a win.

But on the other hand, there was the Congress-DMK alliance which had its own share of corruption scandals and Jayalalitha went hammer and tongs to highlight their failures during her campaign. Ongoing court proceedings have ensured that people do not forget the 2G spectrum scam and it continues to haunt the Congress-DMK combine with big names like A Raja and Dayanidhi Maran facing serious graft charges. 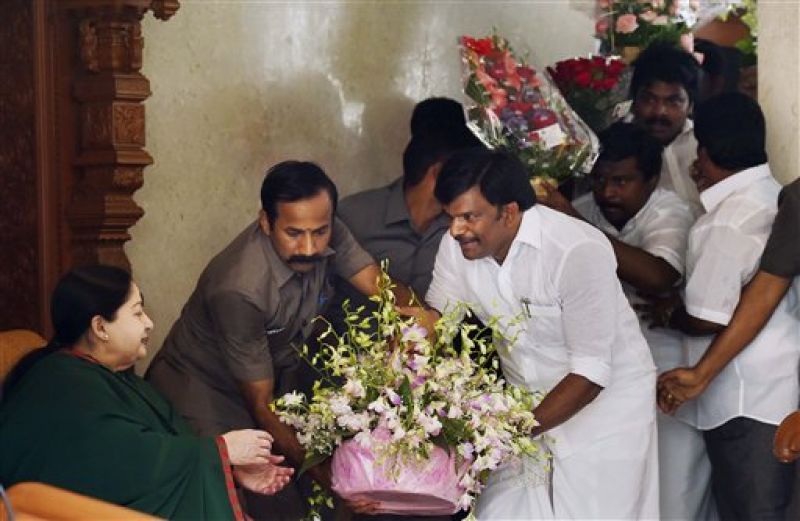 Tamil Nadu Chief Minister and AIADMK Supremo J Jayalalithaa is greeted by party cadres after the party's win in the state. (Photo: PTI)

The AIADMK did very well in urban areas and also made inroads in constituencies in northern Tamil Nadu which is considered to be DMK’s stronghold. Early trends indicated a nail biting fight between the two parties, with initial numbers favouring the DMK which was the first party to open it account after counting started on Thursday morning. Its ally Congress has won 2 and was leading in 6, while its other ally IUML managed to win one seat.

However, Karunanidhi’s party has done exceedingly well in comparison to its performance in the 2011 polls when its alliance with Congress bagged them a meagre 31 seats. DMK’s improvement in its scorecard this year could be credited to an exhaustive election campaign spearheaded by party treasurer MK Stalin, who tried to infuse new spirit into the party and overhaul its image.

Some poll pundits believe that the election results may have turned out in favour of the DMK had the party patriarch named his son Stalin as the chief ministerial candidate. Karunanidhi's insistence on being always the King and never the Kingmaker may have costed him dearly.

With DMK securing an impressive number of seats, this will the first time that a ruling party would be faced with a strong opposition in the state assembly. Traditionally, Tamil Nadu has always given a thumping majority to the winning party with the opposition completely decimated. 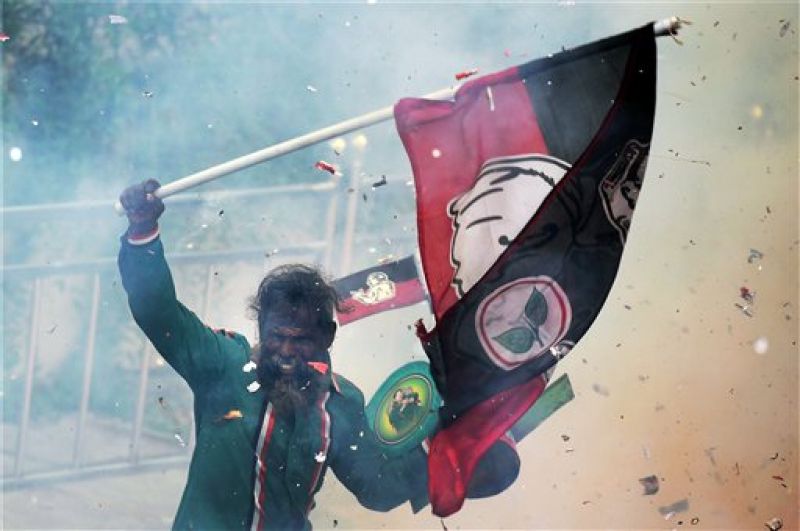 An AIADMK supporter waves the party flag as he celebrates its victory. (Photo: PTI)

The biggest surprise in the trends was Captain Vijaykanth who had managed to stitch up a ‘rainbow’ alliance of sorts but put up a poor show as it failed to win any seat out of the 232 up for grabs. The actor turned politician lost from Ulundurpet constituency. Some considered him to be a possible ‘gamechanger’ who could change the political arena in the state, but the no show put up by his alliance has proven them wrong.

While Jayalalitha’s decision to go solo paid off and proved her political prowess, the same move backfired for Chief Ministerial hopeful and PMK boss . In the past, the PMK had always chosen to either ally itself with the AIADMK or DMK, but this time Ramadoss decided to fight it out alone and was trailing in his constituency and his party was just leading in one seat. But once the results were out, PMK lost that one seat too, bringing its tally down to zero.

Except for Jayalalithaa, no political leader who was in the fray in Tamil Nadu has made any statement on the results yet. Some prominent Union Ministers from the BJP however congratulated the chief minister on her victory.

In pictures: Winners take to street to celebrate poll results

All 96 travellers from Karnataka safe in Uttarakhand: Minister