Hyderabad: From a student activist during the Jai Andhra agitation and an anti-Emergency protester who went to jail, to BJP president during the Vajpayee years and trusted aide of Prime Minister Narendra Modi, Mr Muppavarapu Venkaiah Naidu has walked a long path as he now stands on the threshold of being Vice-President of India.

Mr Naidu came into the spotlight for his prominent role in the Jai Andhra movement of 1972.  While Kakani Venkat-aratnam led the movement from Vijayawada, Mr Naidu took active part in the agitation in Nellore until it was called off a year later. People used to throng in large numbers to listen to Mr Naidu, marking him out as a lively speaker even in those early years.

He was a swayamsevak with the RSS and joined ABVP later. He was elected president of students union of colleges affiliated to Andhra University.

Venkaiah championed cause of farmers
In 1974, he became convener of Jayaprakash Narayan’s anti-corruption front, Chhatra Sangharsh Samiti of Andhra Pradesh. He took to the streets to protest against the Emergency and was imprisoned under the MISA (Maintenance of Internal Security Act) along with Visakhapatnam MP Kambhampati Haribabu. He headed the samiti’s youth wing from 1997-80. 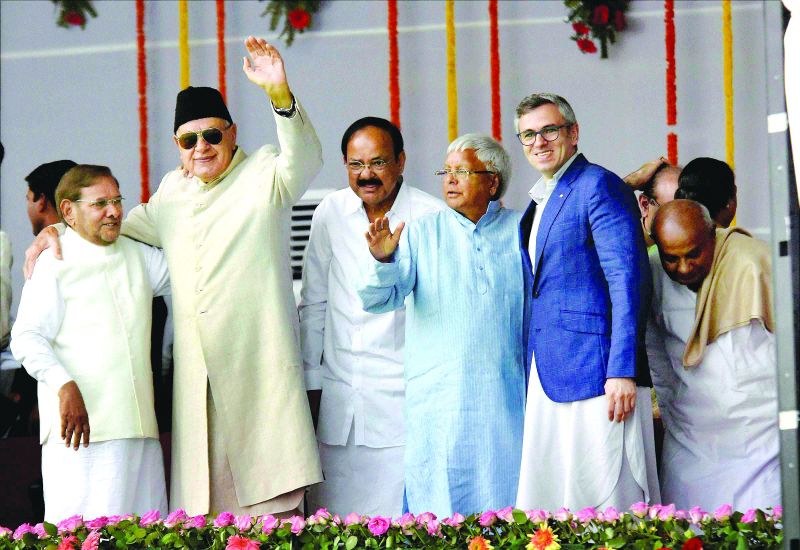 Both as a student leader and political figure, Mr Naidu gained prominence as a brilliant orator, who vigorously championed the cause of the farmers and development of backward areas. He developed his penchant for instant coinage of terms, slogans and stress on rhyme and alliteration much later.

His oratory skills and political activism propelled his political career and he was elected MLA to the Andhra Pradesh Legislative Assembly twice from Udayagiri in Nellore district in 1978 and 1983. However, he lost in subsequent elections — to the Assembly from Atmakur in Nellore district, in 1985, and in the Lok Sabha elections from Ongole, Bapatla and Hyderabad.

After having served in various organisational posts of the BJP at the state and national level, he was elected as member of the Rajya Sabha from Karna-taka thrice and once from Rajasthan.

He served as the party spokesperson from 1996 to 2000, bringing to the job his panache for quirky alliterations and similes. Unlike most politicians from the south, Mr Naidu made an effort to master Hindi, going on to address public rallies in north India. 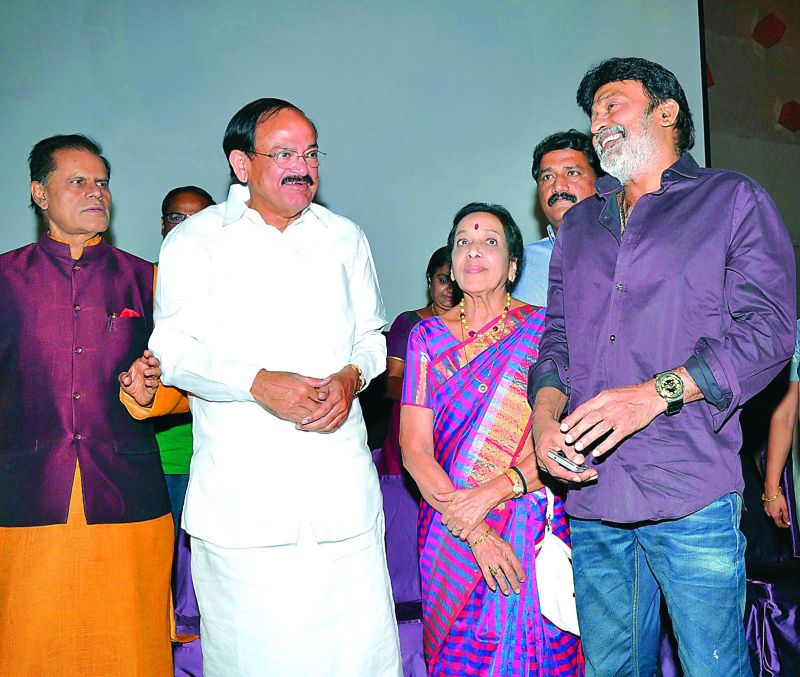 After the NDA victory in the 1999 general elections, he became Union minister for rural development in the Atal Behari Vajpayee government. He succeeded Jana Krishnamurthy as BJP president in 2002, and quit on October 18, 2004, after the NDA’s defeat. He remained in the forefront as one of BJP’s senior vice-presidents and an important campaigner. Following the historic victory of the BJP in the 2014 general elections, he has sworn as minister for urban development and Parliamentary affairs on May 256, 2014. He was seen as a constant companion of Mr Modi.

Born on July 1, 1949, into a family of agriculturists at Chavatapalem in Nellore district, Mr Naidu completed his schooling from VR High School, Nellore, and graduated in political and diplomatic studies from VR College. He acquired a bachelor's degree in law with specialisation in international law from Andhra University College of Law. He was with the RSS and joined the ABVP in college. He was elected president of the students union of colleges affiliated to the AU.

His son Harshavardhan has an automotive dealership and his daughter Deepa Venkat runs the Swarna Bharathi Trust for social service.

On Congress: Butchers cannot be preachers
On Vajpayee and Advani: Vajpayee is Vikas Purush (Man of Progress) and Advani is Loh Purush (Iron Man)
On BJP: BJP does not believe in 4 Bs - Bus, Biryani, Bottle and Batta - to mobilise crowds.
On Digvijay Singh: He is now incharge of AP. It has to be seen whether he will discharge his duties or the Congress opts for a recharge to make him work
On J&K: Dissent is understandable but disintegration is not acceptable
On 'breaking news': What we want is not breaking news but constructive news. We don't want obstructive and destructive news. We want real news, news that is without views
On media: The need of the hour is information with confirmation.

Dismayed over Yediyurappa's resignation, supporters in his hometown shut shops

COVID-19: UAE extends ban on passenger flights from India to UAE till August 2

Plea in Delhi HC seeks to stop use of EVM, demands use of ballot paper instead