Union Minister M. Venkaiah Naidu is offered sweets by his wife Usha and other family members, after he was announced as the NDA Vice-Presidential candidate in New Delhi on Monday. (Photo: PTI)

Hyderabad: Mr M. Venkaiah Naidu all-but-certain elevation as Vice-President has been widely hailed, but the two both Telugu states will miss a friend, guide and philosopher.

As Vice-President, Mr Naidu will be bound by certain regulations and cannot directly and publicly do anything to benefit the Telugu states. Mr Naidu has energetically propounded the cause of the two new states that were created in 2014 and guided them through their baby steps. 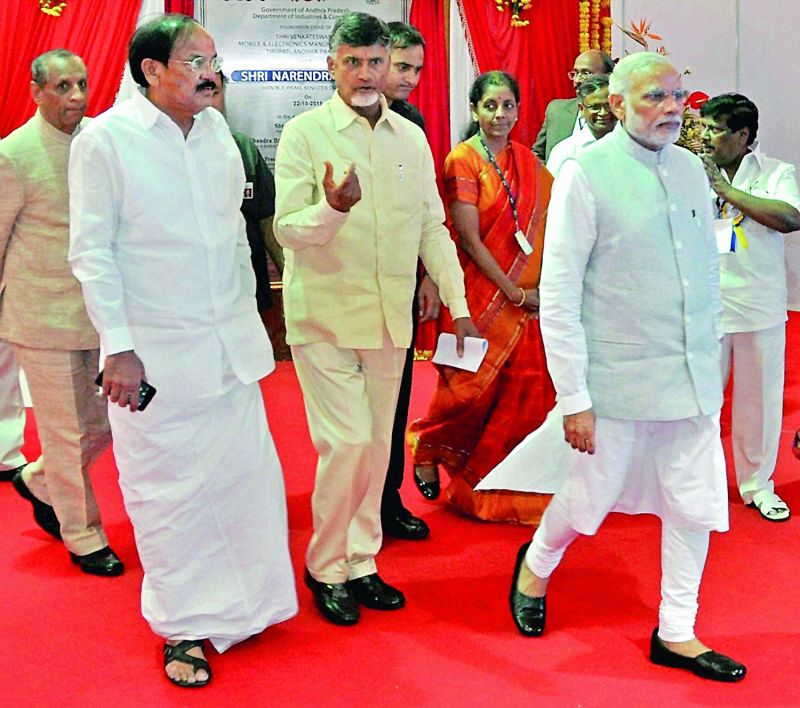 Three years ago, he summoned all the 30-odd Union Cabinet ministers to his chambers including seniors like Mr Rajnath Singh, Mr Arun Jaitley and Mr Sushma Swaraj and asked them to implement various promises given to the Telugu states under the AP Reorganisation Act. 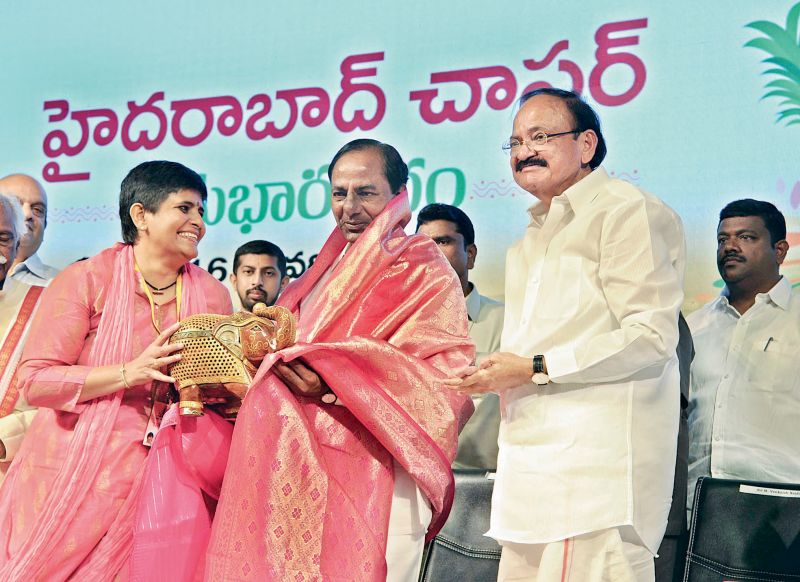 Whenever he got any request from either AP Chief Minister N. Chandrababu Naidu or Telangana state Chief Minister K. Chandrasekhar Rao, he used to take up the issues and resolve them by going to several ministers and inviting officials from other ministries. Even when he was not in power, Mr Venkaiah Naidu took keen interest in AP.

When Ms Sushma Swaraj did not mention special status to residuary Andhra Pradesh in the Lok Sabha during the debate on bifurcation, it was Mr Venkaiah Naidu who took up the cause and succeeded in getting a promise from then Prime Minister Dr Manmohan Singh in the Rajya Sabha. 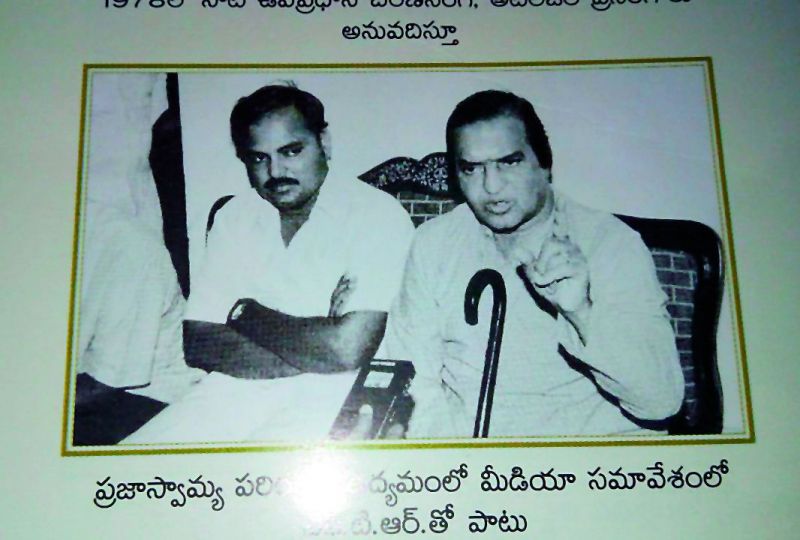 With then AP Chief Minister NTR

There is also the fact that he faced much criticism for not being able to implement the promise which he himself had asked for, after the NDA came to power. The benefits of special status were then packaged  as a Special Assistance Measures for AP. He did this despite not being directly involved in AP politics. The last time he was elected from the state was to the Assembly in 1983.

Mr Venkaiah Naidu is known for his whirlwind tours across the nation. Always indefatigable, he used to cover three to four states in a day and has been a frequent flyer for about three decades. Even in the last couple of months, it was not a surprise to see Mr Venkaiah Naidu turning up in three different cities in a day.

Along the way, he has escaped unhurt in an attack by Naxalites who blasted his helicopter in erstwhile Bihar. In over a dozen occasions, the aircraft and helicopters in which was travelling developed technical snags mid-air and were forced to make emergency landing. 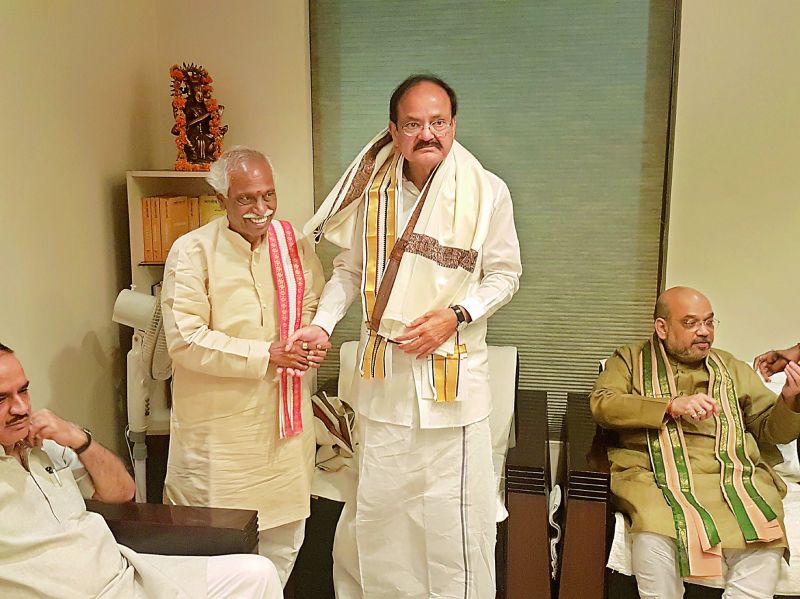 Some politicians still joke that they get scared while travelling with him. As Vice-President, he will share the Indian Air Force special Boeing aircraft dubbed Rajdooth, which is otherwise reserved only for the President and the Prime Minister for their domestic tours.

Mr Venkaiah Naidu has been directly or indirectly responsible for the state of BJP affairs in both the states. He was instrumental in forging the alliance with the Telugu Desam in 2014 elections though the TD had backed out of the alliance twice previously.

Anti-Congressism is in Mr Venkaiah Naidu’s DNA from the beginning. This led him to back the Telugu Desam when it was formed in 1982. He was the virtual commander-in-chief of the legislators camp run by ousted chief minister N.T. Rama Rao during the campaign to restore democracy in AP.

When he was elected for the first time as MLA in 1978, he along with Mr S. Jaipal Reddy used to be very critical of the the functioning of Congress Chief Ministers Marri Chenna Reddy, T. Anjaiah and Bhavanam Venkatram.

Mr Venkaiah Naidu who used to favour trousers and shirts changed his attire to ‘adda pancha’, the typical dress in Rayalaseema, Nellore and Prakasam districts after 1985. As Vice President, it is expected that there will be a change not only in his satire in his attire as well.

Will continue as Karnataka CM for next two years, says Yediyurappa