Cover page of 'Jugalbandi: The BJP Before Modi'

Title: Jugalbandi: The BJP Before Modi

It took the Hindutva ideology nearly a century to create the election-winning argument personified by Narendra Modi, argues political scientist and author Vinay Sitapati in this exclusive interview with Deccan Chronicle.

Analysing historical insights, debating counterfactuals, refuting possible misinterpretations, young political scientist and professor with chubby cheeks and curly hair, round spectacles and an impish smile, is bustling with energy as he discusses his work, which promises to become a watermark in understanding Hindutva. It is a biography of a relationship, chronicling and analysing the entangled lives of BJP’s founding duo, the jugalbandi of Atal Bihari Vajpayee and Lal Krishna Advani.

There is no definitive book on Hinduism, but hopefully this is the definitive work on Hindutva, he says teasingly. It might well be. A worthy successor to his bestselling debut, a biography on former Prime Minister P. V. Narasimha Rao, Half Lion, this book too has his trademark traits, all boxes checked. It consolidates his image as a new superstar in India’s non-fiction genre combining recent and contemporary history and politics – diligent and excruciating research, intrepid in making a set of speculative counterfactuals, combining a vast narrative argument befitting his academic vocation and inclination. Sitapati teaches at Ashoka University, has a PhD from Princeton University and other degrees from Harvard University and National Law School, Bengaluru. He combines this with racy writing and nearly salacious storytelling, sometimes bordering on sharing off-the-record gossips and anecdotes to match his former journalistic career.

The book though is neither a tale of a historical plot to create Modi nor a century-old history of the Sangh parivar. Though both are ingredients on this structured canvas, it is focussed on something more ambitious – telling the story of two fascinating men, whose relationship shaped Hindutva, the BJP and India.

Excerpts and part 1 of a three-part story:

Before discussing the jugalbandi between Atal Bihari Vajpayee and L.K. Advani, I wish to have you throw light on another jugalbandi before them, between two atheists –M.A. Jinnah and Veer Damodar Savarkar. In a way, have they perhaps influenced the political outcome and future of the Indian sub-continent more successfully, with greater influence and a higher impact than Gandhi, Nehru and Ambedkar? In 2047, would we end up being closer, after a century after Independence, to Jinnah and Savarkar’s ideas of nationhood?

I must strongly push back on this suggestion; there was no jugalbandi between them. The Hindu nationalist project of Savarkar, which is now a century old, is at its heart democratic in the sense of being founded on the acceptance of universal adult franchise and ‘one person, one vote’. As the British rule in India was making way for elections in the early 20th century, Savarkar and other Hindu nationalists welcomed elections, because their Hindu community was a social majority in India... Equal voting suited them because they were a majority.

On the other hand, the Muslim leadership, represented then by the landlords in the United Province, were sensing a loss of power and privilege. They realised that elections would doom them to a perpetual ‘minority’. So, their entire politics was against one-person-one-vote. By the time Jinnah joins the Muslim League, he is firmly anti-democratic, in the sense he is anti one-person-one-vote. And he also opportunistically uses Islamic metaphors of a caliphate when pushing for Pakistan.

Savarkar’s Hindu Rashtra, unlike Jinnah’s Pakistan, was not a theocracy because it was not based on religion at all. It was not about the Hindu religion for him. The extremely logical Savarkar argued, in a radical breakaway from conventional political thought, that Indian nationhood was built on race, not culture or religion. This is a deeply modern idea. Savarkar was never a liberal; he was a majoritarian. But unlike Jinnah, he was always a democrat.

He was even broadly in agreement on most issues with the Congress, except for his pet grouse that Gandhi was appeasing the Muslim League.

Both Savarkar and Jinnah were, however, similar in the sense that both advocated and modelled their politics based on the sole interest of their own community. 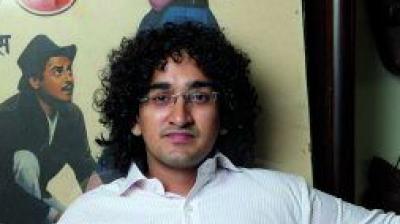 Why did the project of creating Narendra Modi take nearly a century to fructify? Why not earlier?

The RSS had lost two generations of a chance at power because they were operating under the shadow of suspicion for being responsible for the assassination of Mahatma Gandhi. Gandhi was India’s greatest Hindu leader. Even though the RSS as an institution did not play any role in Gandhi’s murder, the taint has proved very costly to them.

Are you saying a Hindu rashtra is politically, intellectually, and even arithmetically, inevitable in future?

The mistake in this line of thinking is to somehow think that a Hindu rashtra lies ahead of us. It is actually already here. The India we live in is in many ways already the Hindu rasthra Savarkar or Golwalkar dreamt of. This is because a Hindu rashtra is not a Hindu ‘state’. It is a Hindu national community or Hindu ‘vote-bank’ that is able to control the state through one-person-one-vote. The Hindu rashtra is not a theocracy or a dictatorship, but a unified Hindu society flexing its majority muscle within a democratic structure.

Bandi Sanjay to resume his padayatra on Monday