Vijayawada: In a rude shock to Telugu Desam chief N. Chandrababu Naidu, two TD leaders from the influential Kamma community in the Krishna district have pledged their allegiance to the ruling YSR Congress on Thursday.

Gannavaram MLA Vallabhaneni Vamsi had submitted his resignation from the TD to Mr Naidu a few days ago and announced his support to the YSRC on Thursday. TD youth wing president Devineni Avinash joined the YSRC in the presence of Chief Minister Y.S. Jagan Mohan Reddy. 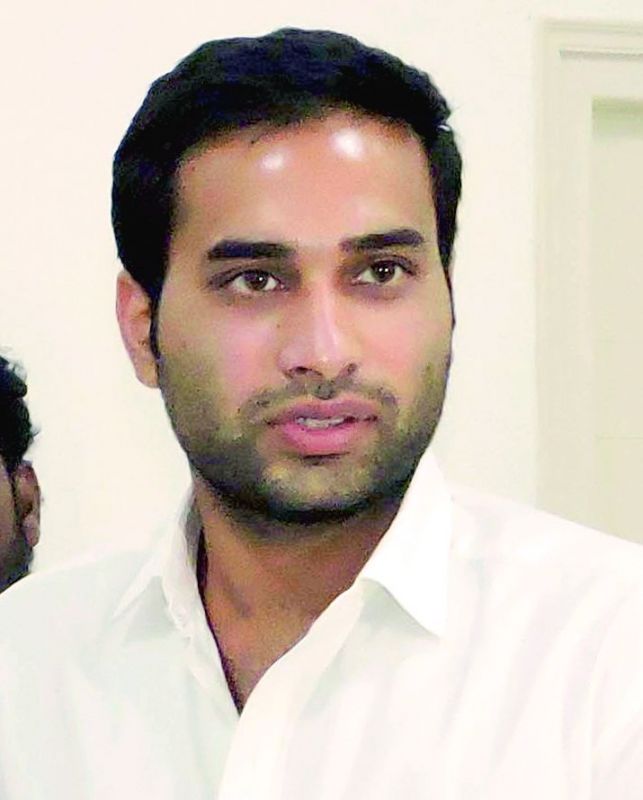 It is not clear whether Mr Vamsi will support the YSRC or join the party. According to rules made by Mr Reddy, an MLA from another party who wants to join the YSRC must first quit the Assembly and then join the party. Mr Vamsi has not resigned as MLA yet.

Mr Avinash’s father Devineni Nehru, who led a strong factional group in Vijayawada city and died in 2017, had dominated the political scene in Krishna district for many decades. The Devineni family has several followers in the city. Mr Avinash’s uncle, Devineni Uma Maheswar Rao, was a minister in the TD government and is a powerful leader of the party.

Talk of Mr Avinash quitting the TD has been doing the rounds for some time, but it is believed that former minister Nara Lokesh had persuaded him to continue in the party. Mr Uma Maheswar Rao too tried to persuade his nephew to stay in the TD, but Mr Avinash has decided to go his own way.

These defections come at a time when Mr Naidu is on a 12-hour-long deeksha in Vijayawada, as a show of strength after the humiliating defeat in the elections five months ago.

In his resignation letter to Mr Naidu, Mr Avinash said that he and especially his followers are facing troubles in the party and the leadership has failed to offer any solution, which had hurt him deeply. He reminded Mr Naidu of his father Devineni Nehru’s words that their followers are their life and they should work for their welfare. Mr Avinash said that his cadre has been insisting that he join the YSRC due to the humiliation they have been facing in the TD.

After joining the YSRC and meeting Mr Reddy, Mr Avinash told reporters that the Chief Minister has been rolling out welfare schemes for the poor and downtrodden which has attracted him to join the YSRC. He said he would work like a soldier to make Mr Reddy Chief Minister the next time too.

BJP in Tripura gets major jolt; MLA defects to Trinamul