The local unit of the Congress had made elaborate arrangements to pull in the crowds for the roadshow, a party leader said. (Photo: ANI twitter)

Accompanied by Congress candidate for the Varanasi Lok Sabha seat against Modi, Priyanka Gandhi began by garlanding the statue of Madan Mohan Malviya at the gates of the Banaras Hindu University. 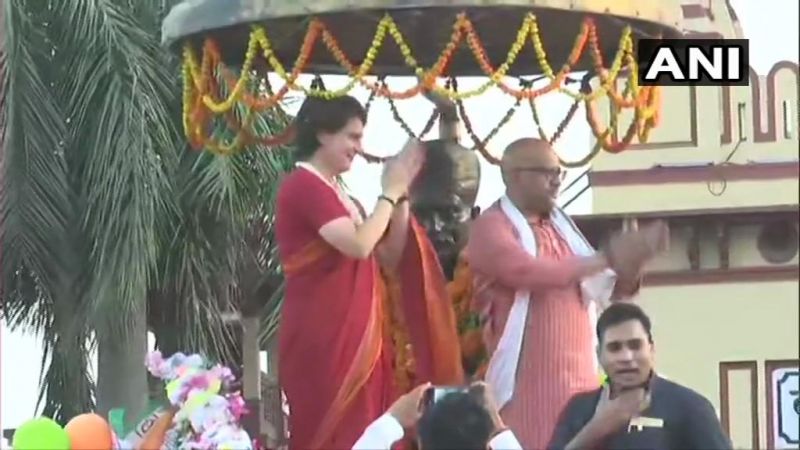 Priyanka Gandhi and other leaders, including Chhattisgarh Chief Minister Bhupesh Baghel, waved at the large crowd as the procession wound its way through Varanasi's roads. Congress workers raised anti-Modi slogans along the route. 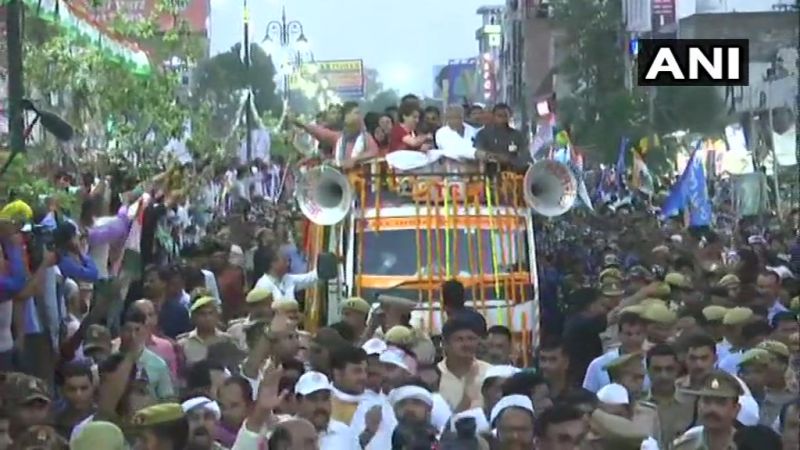 The Congress show of strength in the temple town comes nearly three weeks after Modi held his own roadshow here, a day before filing his nomination papers. The local unit of the Congress had made elaborate arrangements to pull in the crowds for the roadshow, a party leader said.

Like Modi's roadshow, Priyanka Gandhi's event will also end at the Dashashwamedh ghat. She will then offer prayers, first at the Kashi Vishwanath temple and then at the Kaal Bhairav temple in Kotwali area.

Boats sail in Chennai as fear of floods shoot

India hits out at China for village construction

Scuffle between Congress, Akali Dal breaks out in Punjab Assembly