Tableaux highlighting the culture of various parts of the state and country were seen moving ahead of the convoy. (Photo: ANI twitter)

Kolkata: In a show of strength ahead of the final phase of polls, BJP national President Amit Shah Tuesday held a massive road show in the city in support of the party's candidates.

The rally started at around 4.30 p m from Esplande area in central Kolkata to Swami Vivekananda's house in north Kolkata.

Shah stood atop a decorated truck along with BJP's Kolkata north and Kolkata south candidates Rahul Sinha and Chandra Kumar Bose respectively and was seen waving at the crowds. Tableaux highlighting the culture of various parts of the state and country were seen moving ahead of the convoy. 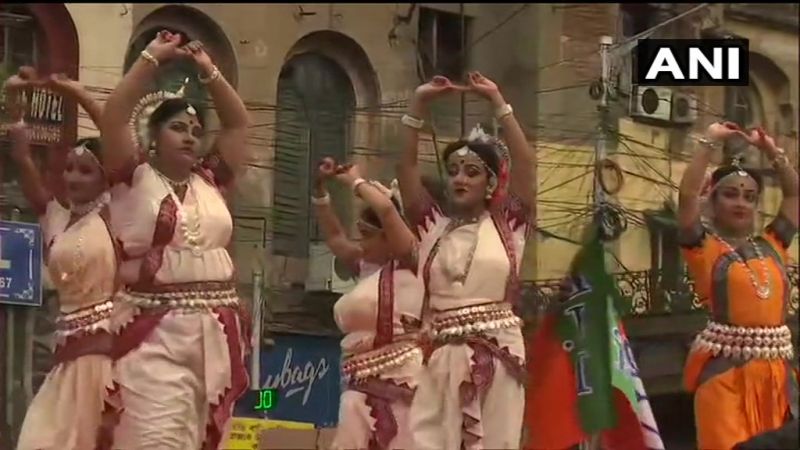 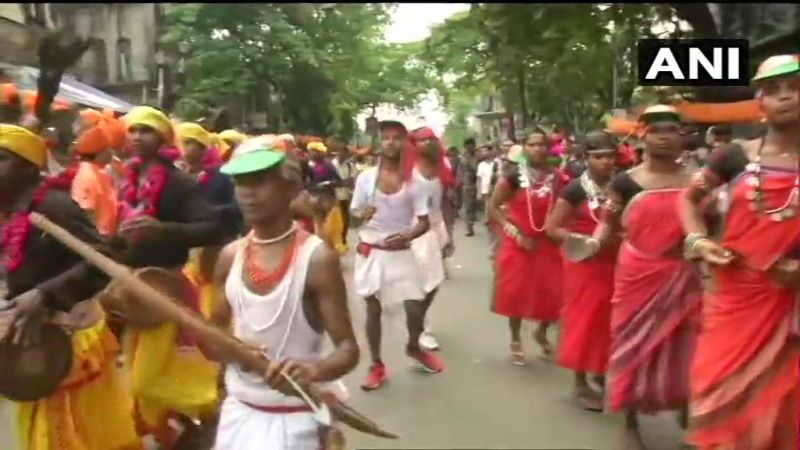 Farmers to go ahead with their protests