When Kalaignar visited Doddabetta peak and tasted Badaga food in 2004

Karunanidhi is seen arriving in a car at Doddabetta peak near Ooty in September 2004.

OOTY: While the state paid homage to former chief minister and DMK icon Kalaignar Karunanidhi on his first death anniversary on Wednesday, hill residents recalled Kalaignar’s visit to Doddabetta peak in September 2004 and his tasting Badaga food in Kotagiri in the same month.

Dr. Karunanidhi stayed in the house of T. Gundan, former MLA of Ooty, at his private estate in the Aravenu area in Kotagiri during the second week of September 2004 to pen the screen play for the Tamil movie ‘Kalaignarin Kannamma’. During his stay there, Dr. Kalaignar drove to the Doddabetta peak near here to enjoy the view from the summit top.  This visit in 2004 turned out be his last visit to Ooty. 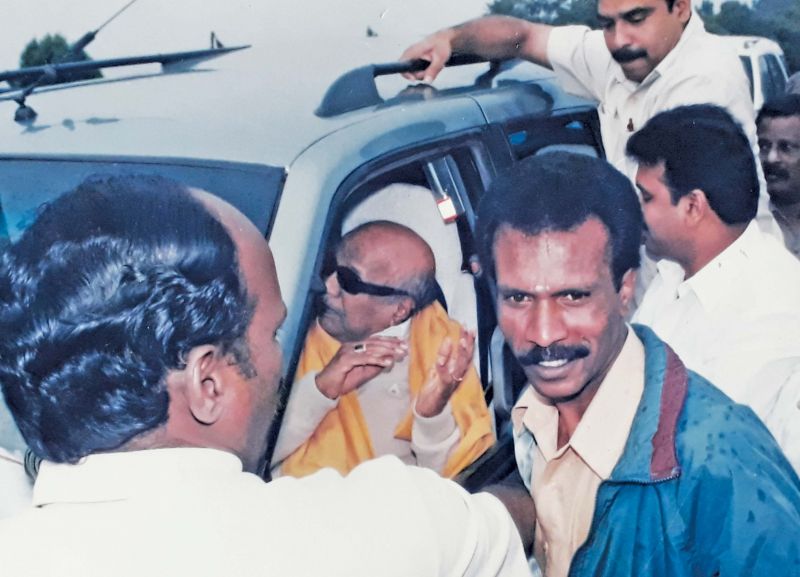 Karunanidhi welcomed by the DMK cadres on his arrival at Doddabetta peak near Ooty in September 2004.

TN Polls: Battle at Royapuram is a matter of prestige for DMK and AIADMK

Kerala Assembly Polls: The three women in spotlight and the questions they raise