In view of ongoing Lok Sabha elections, both the Chief Ministers will hold discussions on contemporary politics. (Photo: ANI twitter)

Rao will call on Stalin at his residence in Chennai on May 13, a statement by the Chief Minister's Office (CMO) said. 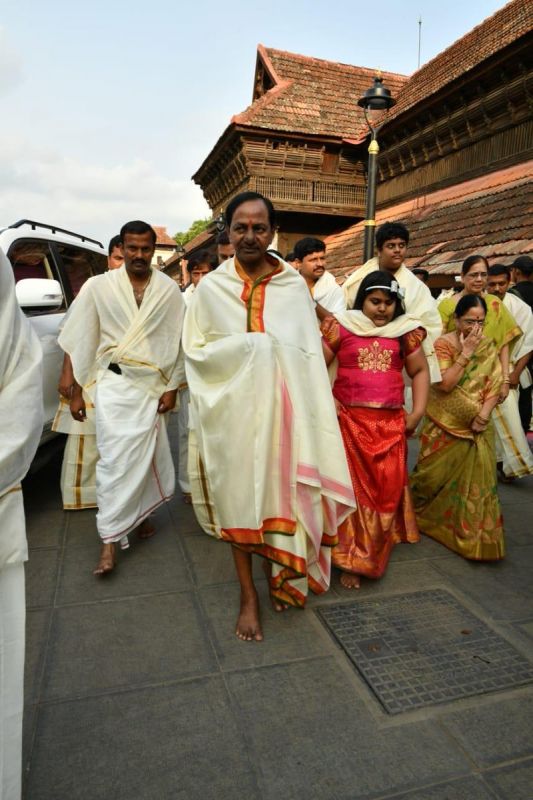 According to the statement, Rao and Vijayan, who heads the CPI(M)-led LDF government in Kerala, will discuss "contemporary politics".

"In view of the Parliamentary elections, both the CMs will discuss contemporary politics," it said.

Rao will visit the Rameshwaram and Srirangam temples before returning home, the statement said.

Discussing the Rao-Stalin meeting, it said, "Both the leaders are likely to discuss current political scenario in the context of ongoing Parliamentary elections."

Learning about his visits to Kerala and Tamil Nadu, Kumaraswamy also had a telephonic talk with Rao, the statement said.

The chief minister's daughter and sitting Nizamabad Lok Sabha member K Kavitha told PTI recently that regional parties not aligned with the Congress and the BJP will get 120-plus seats in the ongoing Lok Sabha elections, and may hold the key to government formation.

She said the TRS is in touch with various parties not part of the BJP-led NDA and Congress-anchored UPA in its efforts to forge a federal front of regional outfits. A federal front will take good shape after the Lok Sabha election results are out, Kavitha said.

Karnataka asks Centre for 1,500 tonnes of oxygen, one lakh vials of Remdesivir

Do not provoke the youth in the name of religion: KTR lashes out at BJP