New Delhi: The Madhya Pradesh government's decision to accord Minister of State (MoS) status to five religious leaders created a controversy on Wednesday with the opposition parties slamming the move as “unconstitutional” and reflective of religion-based appeasement by the BJP ahead of assembly polls.

However, the decision was defended by the state's Chief Minister Shivraj Singh Chouhan, who said his government wanted to bring every section of the society to work towards development and welfare of the people. He received strong support from his party colleague and Union minister Uma Bharti, who said those being given MoS status were “saints and not criminals.”

Two of them — Computer Baba and Yogendra Mahant announced on Wednesday cancelation of their proposed campaign against an alleged scam in the MP government's Narmada conservation programme. 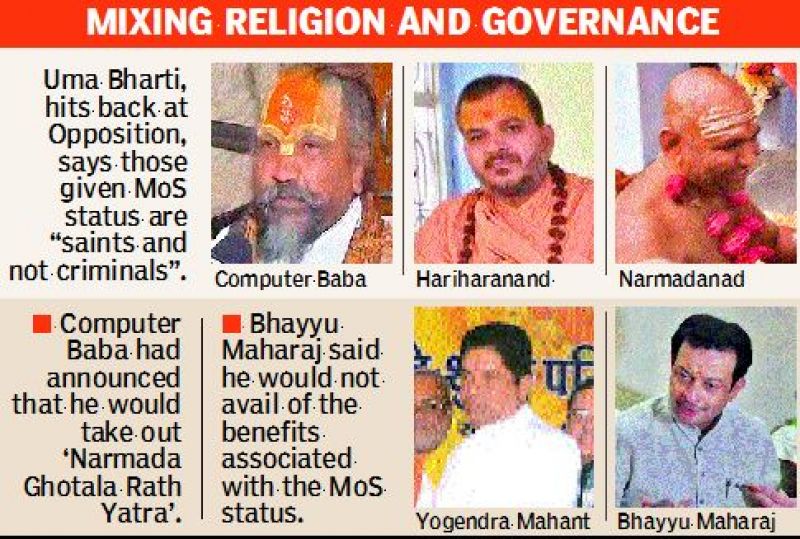 Senior Congress leader Raj Babbar, said the move showed Chouhan's “weakness” that he has to rely on religious leaders for victory in assembly polls.

Will you marry her: CJI asks govt servant accused of raping minor

No entry for women during ‘periods’ in Paipedu village pond