'I am a sensitive person,' says Hema Malini after flak over tweets

Mumbai: After facing flak for sharing pictures from her film shoot here as violence erupted in her constituency, Mathura, actress and BJP MP Hema Malini described herself as a "very sensitive" person.

I am a very sensitive person.I am deeply pained on the Mathura incident but Law & Order of U.P is the core issue. Let's not divert.

The encroacher-police clash in Mathura has left 24 dead.

The 67-year-old actress was called "insensitive" by Twitterati after she posted photos from Mumbai shoot of "Ek Thi Rani", her upcoming film. 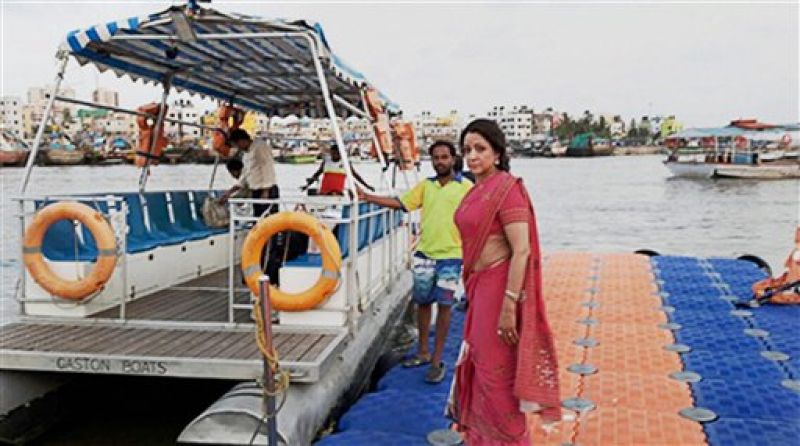 Meanwhile, Hema Malini courted controversy owing to a photo which she had tweeted amid the precarity prevailing in Mathura after the unfortunate incident despite being an MP of the same constituency.

She later deleted the images and posted a tweet condoling the deaths in the clashes.

"I am a very sensitive person. I am deeply pained on the Mathura incident but Law & Order of UP is the core issue. Let's not divert," she wrote.

The actress-politician further tweeted, "I will visit Mathura anyway. But the presence of law and order is more important than my presence."

In her earlier tweet, Malini expressed condolence over the incident.

I just came bk frm Mathura & got the news of the violence tht has taken place there in which policemen have lost their lives.

"I just came back from Mathura & got the news of the violence that has taken place there in which policemen have lost their lives," she tweeted.

The actress said she will visit Mathura again if required.

"So upset by the news from a place which is so dear to me. Will go there again if my presence is required. My heart goes out to the bereaved," the actress wrote.

Heartfelt condolences to families of SP City Mukul Dwivedi & SHO Santosh Kumar who laid down their lives in the line of duty.

"Heartfelt condolences to families of SP City Mukul Dwivedi & SHO Santosh Kumar who laid down their lives in the line of duty. I fervently appeal to the people of Mathura to remain calm & not get misguided by violent elements," she added.

Some of the tweets criticising Malini read, "@BJP4India As a supporter One thing I don't want to see is giving tickets to hopeless celebrities like Hema Malini. Give chance local guy," and "Why political parties gave tickets for those, who don't have time for their people n still busy in shoots."

Here are some tweets by people who are irked at Malini:

Maybe Hema Malini would have gone running, leaving her film shoot,if Kent company was on fire!

I however, have a diff problem with the likes of Hema Malini. Being n MP cant b a part time job when you call acting ur full time profession

Tamil Nadu extends lockdown restrictions with some relaxations till Nov 15

No need to speak to me through media: Sonia Gandhi to G-23 leaders