Hyderabad: Despite efforts made over two months by the GHMC in including the resident welfare associations and the political parties’ all-out campaigns, nothing motivated the voters.

Areas like Shaikpet in Cyberabad and Ameerpet in Hyderabad recorded the lowest turnout while Nagole division had the highest (40 per cent). 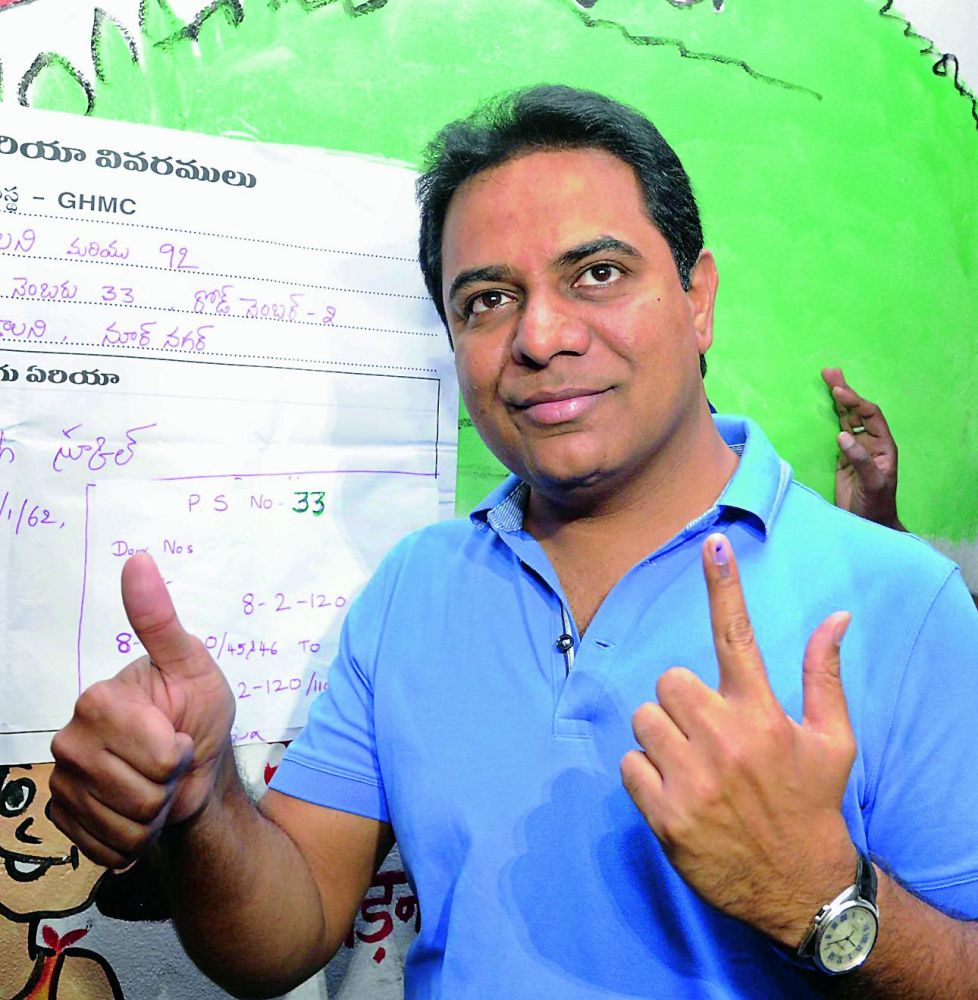 IT minister K.T. Rama Rao after voting in GHMC polls

Old City and eastern Hyderabad also had better polling percentages. Despite a holiday being declared, most private companies remained open. As polling was about to finish, in the last hour, messages were sent out asking people to vote.

Polling started at 7 am at about 7,000 polling stations. In the first two hours, Charminar (4A, 4B), Rajendranagar, Abids, Khairatabad, Patancheru, RC puram, Kukatpally, Quthbullapur and Secunderabad recorded zero votes and the overall percentage in 150 wards was only 3.21 per cent. At 1 pm, the total percentage stood at 23.12. In another hour, it increased to 26.19 per cent. By 3 pm, it eached 33.50 per cent.

State election commissioner Nagi Reddy said, “The tentative figure at 5 pm was 45 per cent, over 3 per cent better than last election. Tender votes (when someone else votes and it is identified by the actual voter) dipped; in the last elections, 300 tender votes were recorded, however, in this election it was four.” 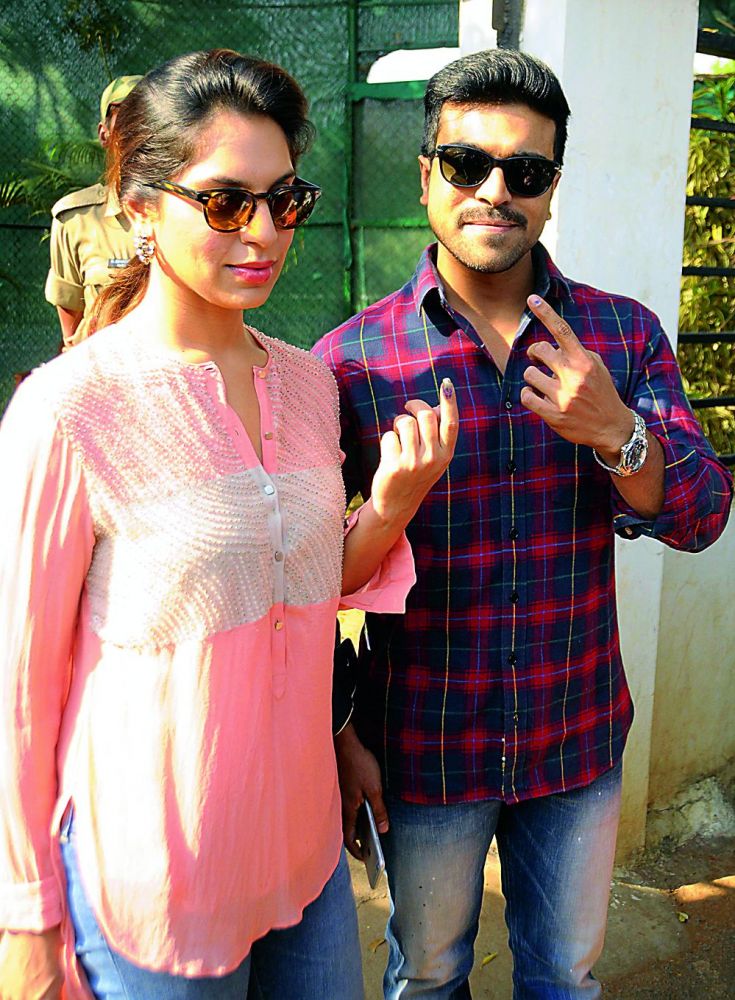 GHMC commissioner B. Janardhan Reddy said, “GHMC has been putting in efforts, the percentage has seen increase from 2009. Live webcasting at sensitive and hypersensitive polling stations prevented problems. Though some incidents were observed, they were not in the stations. Out of 7,802 stations, only 9 stations had minor problems. Trouble was reported at Asifnagar, Shalibanda, Shasthripuram and Langar Houz but it was controlled. Polling was the highest in South Zone. Over 25 lakh voter slips were downloaded online.”

Overspeeding claimed most lives in road mishaps this year in Hyderabad