Ahead of polls: Karnataka CM Siddaramaiah on inauguration spree

Bengaluru: With the election code of conduct to be announced anytime, Chief Minister Siddaramaiah got busy inaugurating projects, some of which were far from complete. On Monday, he left his official residence at 10.30 am and went on an inauguration spree. 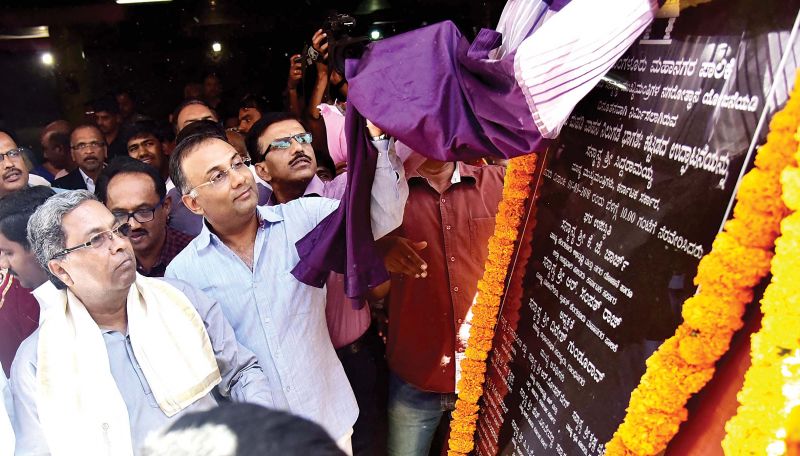 Okalipuram flyover
He first went on to inaugurate an underpass and one flyover ramp and a link road, all part of eight-lane Okalipuram signal free corridor. Now citizens heading from Malleswaram towards Rajajinagar can use the underpass, while people coming down from City Railway Station and heading towards Malleswaram can use the flyover and the ones coming from railway station use the link road to head towards Rajajinagar. The commuters were unhappy as the project has been progressing at a snail's pace. And now it has only been partially opened. "Okalipuram just looks like a construction site with lot of activities going on. If proper safety measures are not taken, then it will endanger people using the new flyover and underpass," said a commuter, who did not wished to be named. The leaders just want to have their name etched on the project and nothing else, he lamented. 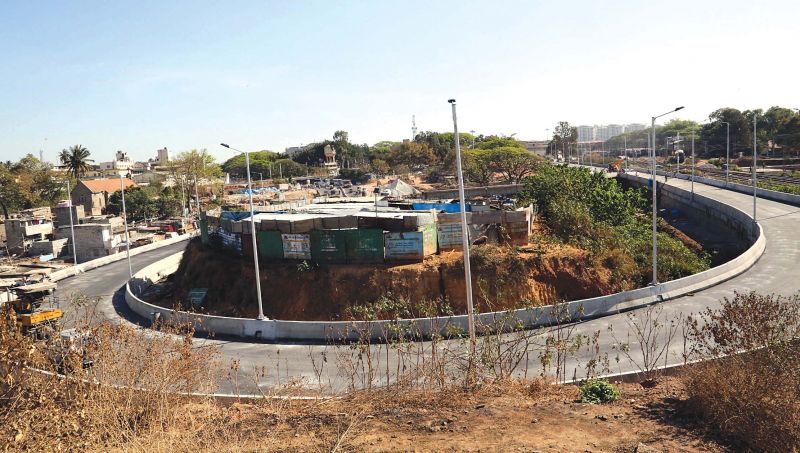 The underpass and flyover at Okalipuram Junction which was inaugurated by the CM in Bengaluru on Thursday.(Photo:DC)

Parking complex
Works on the multi-level underground parking complex at Freedom Park, with a capacity to hold 580 cars and 500 two wheelers, commenced in November, 2015. Though it is far from complete, the Chief Minister inaugurated the first floor, which can hold only 36 cars and 40 two-wheelers.

Church Street makeover
The Church Street, which was closed for remodelling in Feb 2017, on the lines of TenderSURE roads had missed many deadline. On New Year, a part of the stretch from Brigade Road till Adigas Hotel was open for traffic. On Thursday Mr Siddaramaiah opened the whole stretch. He sat in a BMTC Volvo bus and entered Church Street and got down near landscaped island near Empire Hotel and then  quickly left for Pavagada in Tumakuru district, to inaugurate a solar energy plant. He also inaugurated upgraded footpath on M.G. Road, starting from Anil Kumble Circle to Trinity Circle. 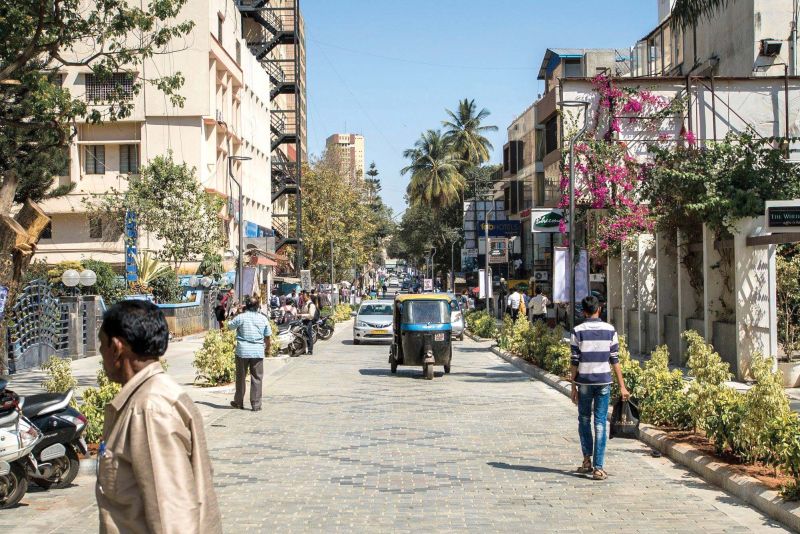 A view of Church Street ready for public use on Thursday. (Photo:DC)

Pending works on Church Street
While the stretch from Brigade Road till Adigas is neat, there are works pending on the remaining stretch of Church Street.
Electric poles are yet to be fitted with LED lights, sign boards were yet to be erected, at some places cobble stones and stone slabs had come up. Construction debris, wires and cables have still not been cleared. Also the landscaped island near Empire looks incomplete

Poor sapling selection
Tree doctor Vijay Nishanth said that BBMP officials have selected tree species, which will do more harm than good. "It is good that BBMP has made an island near Empire Hotel, but the officials have got the wrong species and not bothered to put root barriers. They have planted Java fig sapling which is known for its gigantic growth and its roots will push the cobblestones and damage the street" he pointed out

Masks of CM, Haris
Mr Siddramaiah was welcomed by Congress workers with party flags and some of them sported masks of the CM and Haris. Many even shouted pro-Haris slogans making it appear like a party affair

Law will take its course: Haris
While a stage was erected for Mr Siddaramaiah to address the gathering after inaugurating Church Street, he quickly gave an excuse that he has to rush to Pavagada and left.

MLA Haris said the CM would have addressed the gathering if not for his tight schedule. In an oblique reference to the case involving his son Nalapad, Mr Haris said, "No one should indulge in politics which will hurt others. Whether good or bad, God will look after and law will take its own course.

Amid Omicron threat, BMC pushes reopening of schools in Mumbai to Dec 15

Winter Session of Parliament to begin on stormy note on Monday