Bengaluru: The Janata Dal (S), which until Wednesday evening was preparing to field bureaucrat turned politician, Dr S Subramanya in the elections to the Legislative Council, in a sudden decision replaced him with party supremo, H D Deve Gowda loyalist, S L Dharme Gowda on Thursday.

The JD(S), which is contesting two Council seats, has already decided to field industrialist, Farooq for the other. Dr Subramanya is, meanwhile, being pacified by being appointed Karnataka’s Special Representative in New Delhi, according to party sources. 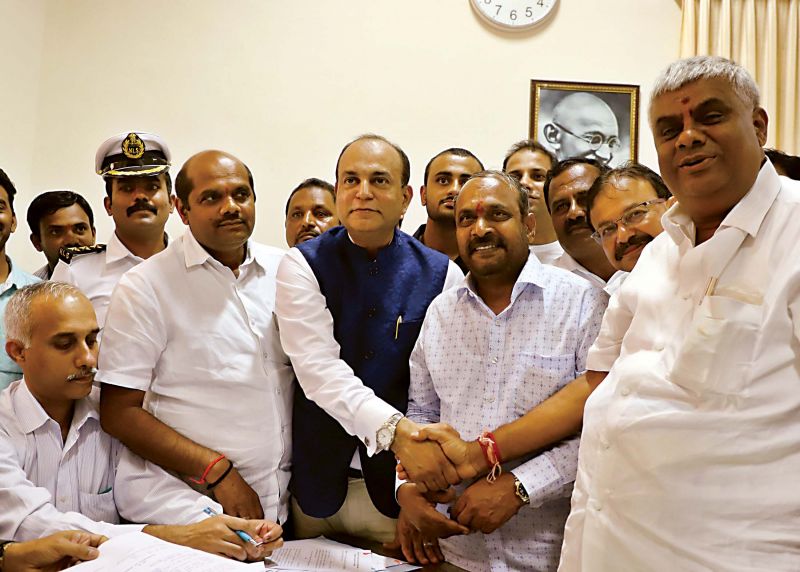 Explaining  Mr Dharme Gowda's choice, party insiders recall that his father, S R Lakshmaiah represented the Sakarayapattana constituency in Chikkamagaluru district in the past, and he too was elected from it in 2004.

However, following delimitation, Sakarayapattana was merged with Chikkamagaluru and he was left with no constituency. His brother, S L Boje Gowda too is a close associate of Mr Kumaraswamy, they point out.

As for the Congress, it has decided to continue Mr C M Ibrahim and Mr K Govindaraj among its four members, who are retiring this year from the Legislative Council. It has dropped former Minister, Motamma, who lost the elections from Mudigere and Mr M R Seetharam, who reportedly refused to contest the elections and replaced them with Dakshina Kannada District Congress Committee president, K Harish Kumar and KPCC secretary from Bidar, Aravind Kumar Arali, who is a  close associate of senior leader, Mallikarjun Kharge.

Bommai hits back at Siddaramaiah, calls Congress a party of 'gulamagiri'