Hyderabad: Congress MLA Revanth Reddy on Saturday said that Chief Minister  K. Chandrasekhar Rao has lost his control on the administration and the state finances.

Referring to the CAG report that declared the state to be a revenue- deficit state, Mr Reddy accused Mr Rao of taking “full rest” and confining himself to managing the people by giving sentimental slogans.

Mr Reddy said the CAG report has exposed the failure of the state government on several fronts. 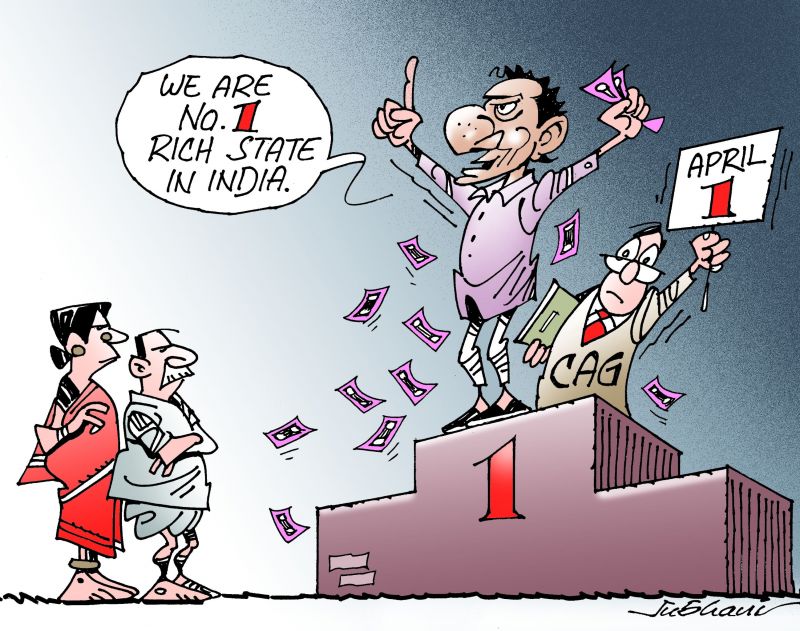 He criticised state finance department principal secretary K. Rama Krishna Rao for the economic decline of the state and asked the state government book a criminal case against him.

He accused the government of committing a financial crime by showing loans as income to project a surplus budget.

He said that the CAG revealed a 40 per cent variation in the Budget allotments and expenditure. Mr Reddy said the Congress will lodge a complaint to investigation agencies over financial irregularities.

He alleged that Mr Chandrasekhar Rao is planning to escape from this mess by making finance minister Etela Rajendar a scapegoat and removing him from the Cabinet on the pretext of financial irregularities exposed by the country’s top auditor.

He said if Mr Chandra-sekhar Rao is sincere, he should resign owning the moral responsibilities.

Harsimrat is SAD but speaks tenderly about NDA

In Rajya Sabha, Opposition blames Centre for failing to act against COVID-19 on time

TRS MPs to fight for Telangana's GST dues in Parliament