New Delhi: Like everyone, Narendra Modi has also made his plan for the New Year's eve – addressing the nation, most probably about his government’s demonetisation move. And, Twitter users are busy decoding what the Prime Minister would be announcing on the night when people would be partying, bidding goodbye to the year 2016.

As Modi's November 8 address to the nation led people to queue outside banks and ATMs for days, Twitterati are wondering what the Prime Minister would have for people this time round.

Eagerly waiting for their New Year's "gift" from the Prime Minister, Twitterati have made some of the hilarious guesses, mostly about another "ban".

Here are some of the tweets that show how curiously Twitterati are waiting for Modi's address ahead of the New Year. 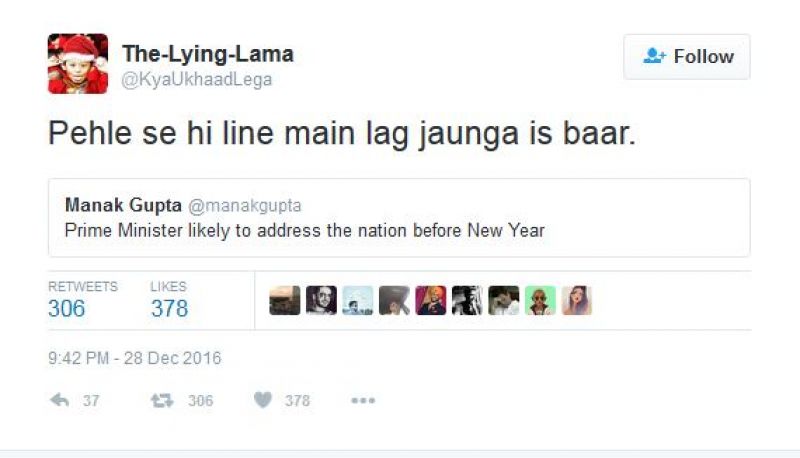 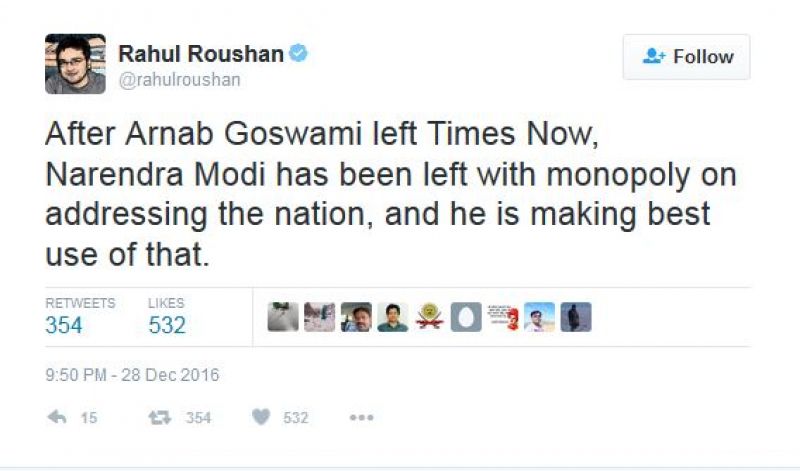 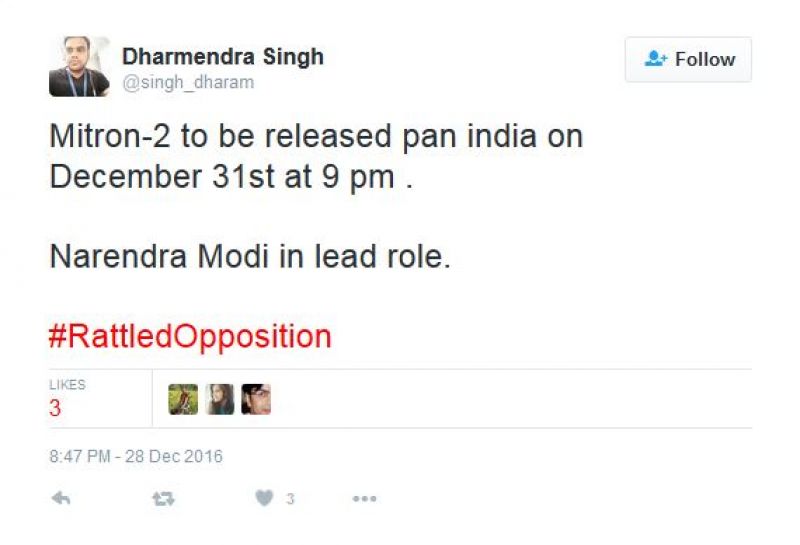 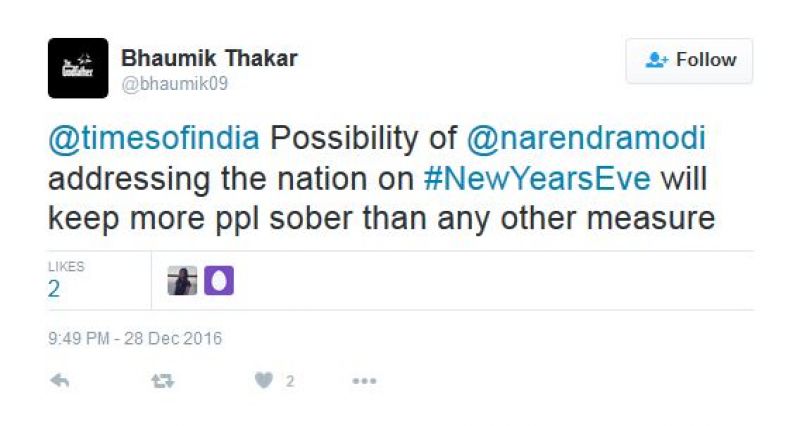 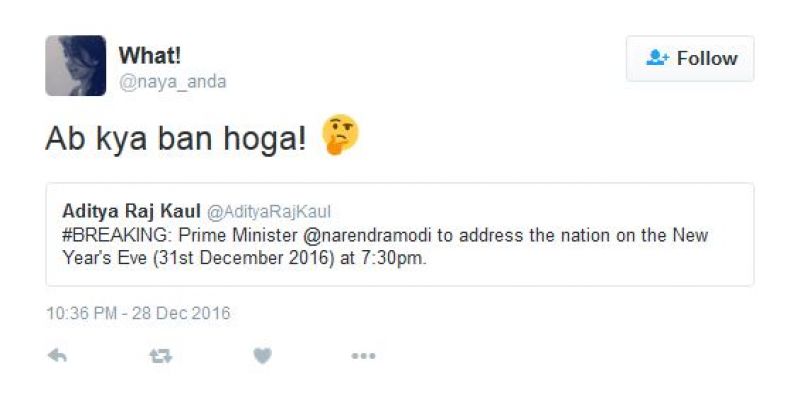 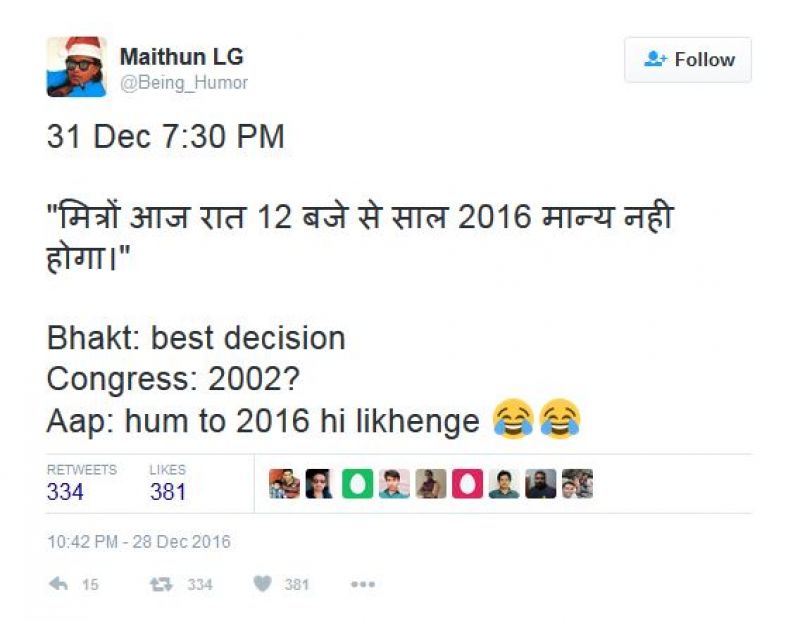 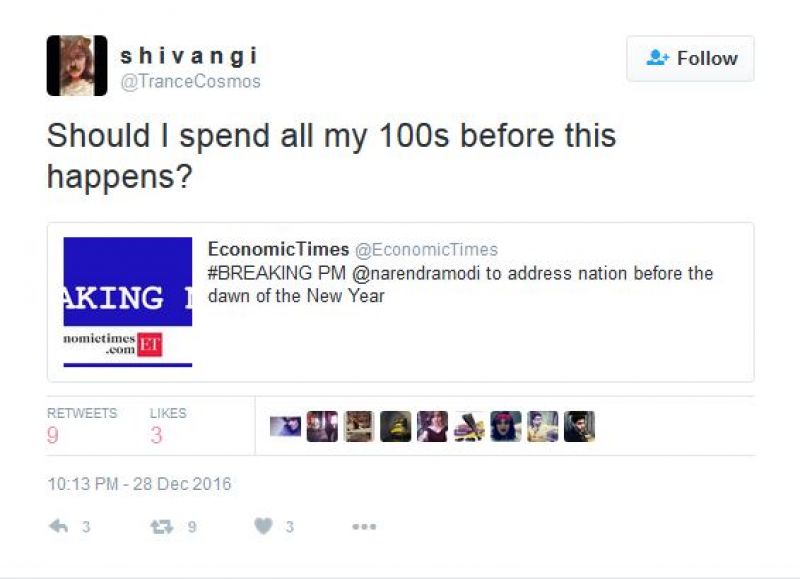 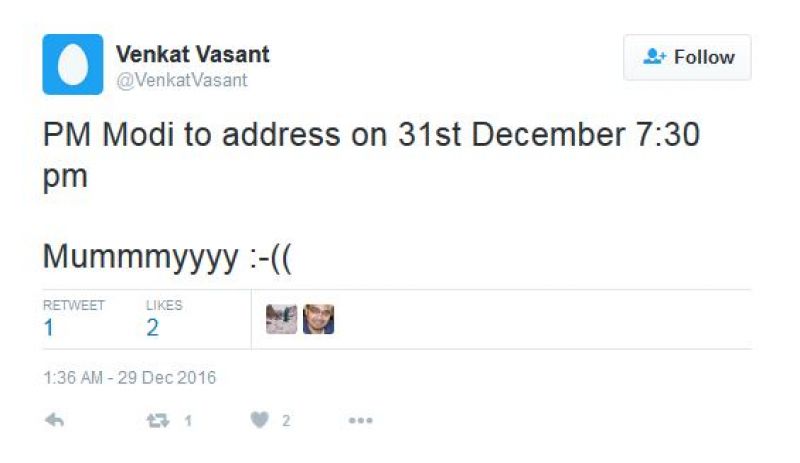 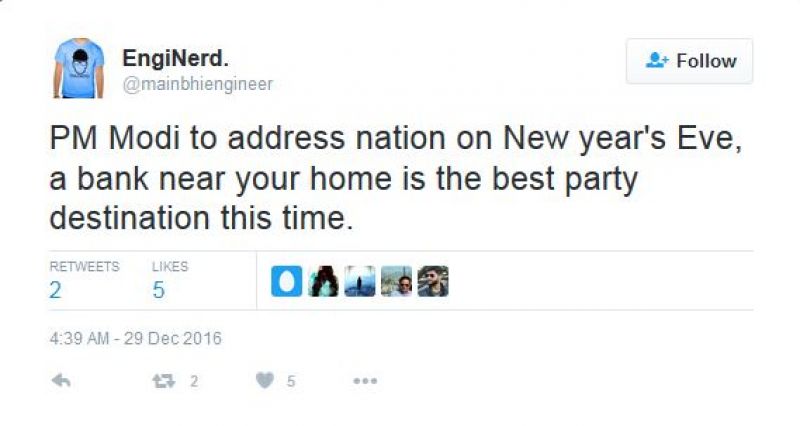 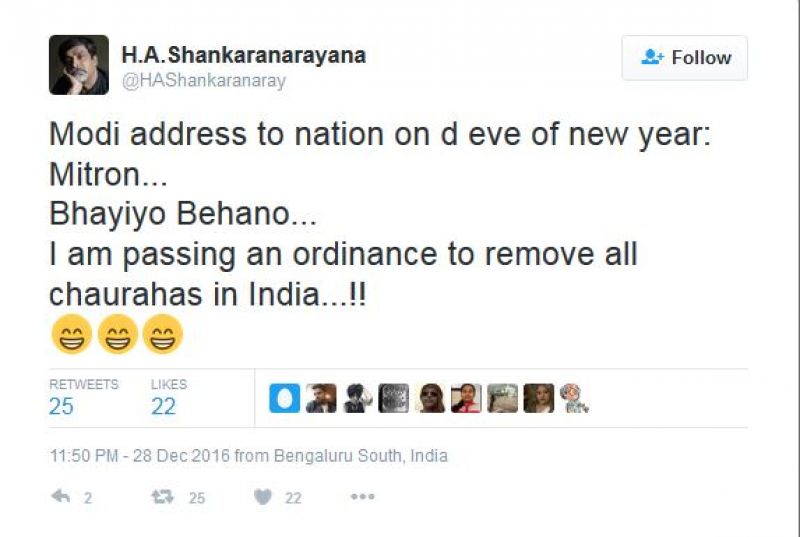 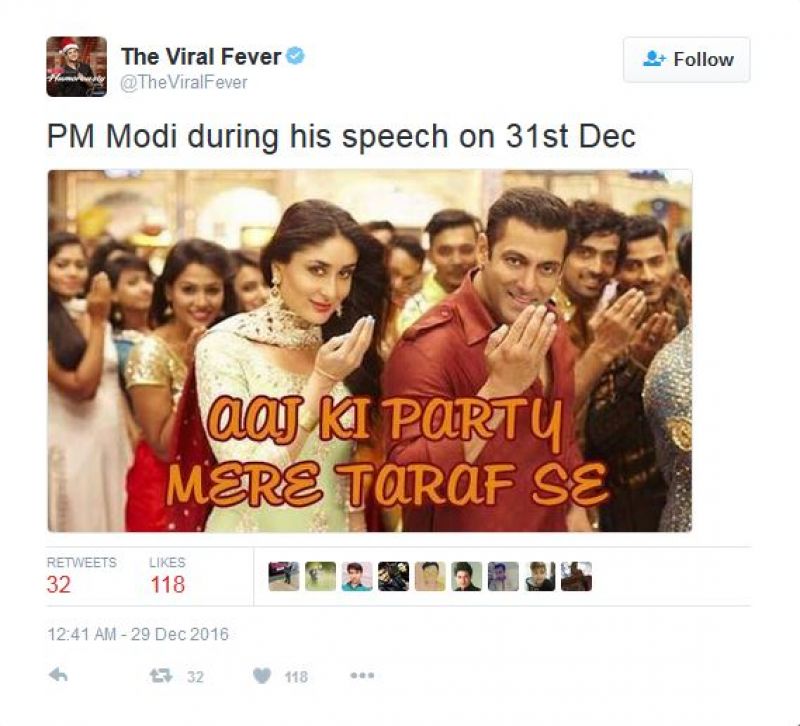 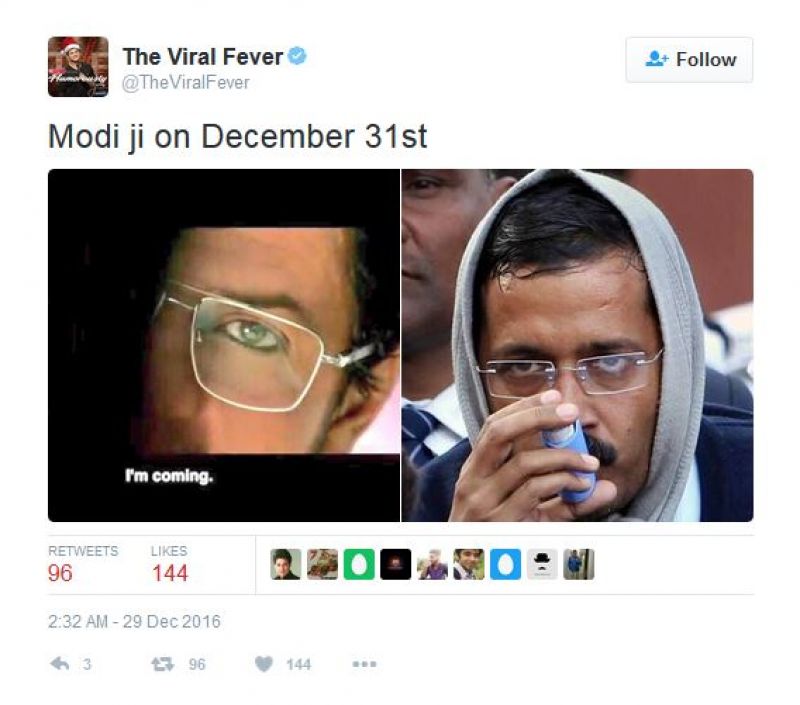