Like other women soliciting in the Majestic, they collect an advance, promising to meet their clients at a designated spot.

Recently, city police patted themselves on the back for having cleaned up prostitution in areas like Majestic and Upparpet. Obbava Padde, an all-women's team, had been appointed for this purpose. Last week, Pragna L. Krupa spent eight hours in Majestic, where she spotted, within five minutes of her arrival, sex workers standing together in groups and soliciting customers in broad daylight. The women's police squad, which was spotted nearby, was spotted chatting and laughing, oblivious to what was going on. Transgenders are also known to solicit in these areas and swindlers are common too.  Is prostitution an evil that can be dealt with by law? Or is legalisation, which will bring sex workers rights and certain benefits, the more realistic and humane option in the long run? Pragna L. Krupa and Shweta Singh report

The rhythmic clapping of transgenders is unmistakable even in the din of the  crowded and noisy Majestic. It's 2.30 on a cloudy afternoon in the area, where prostitutes are known to solicit customers even in broad daylight.  Obavva Pade, an all-women police squad, launched in May,  has been touted as the answer to the daytime soliciting in the Majestic. But members of the squad are seen sitting and chatting together in a corner, seemingly oblivious to the soliciting of customers taking place around them.

At first glance, the groups of women huddled in street corners nearby, smiling and laughing, appear to be just friends  hanging out together, but the subtle leaning over and  whispering into the ears of  passing men give them away. It's clear that soliciting is under way, but it appears to escape  the notice of the squad. 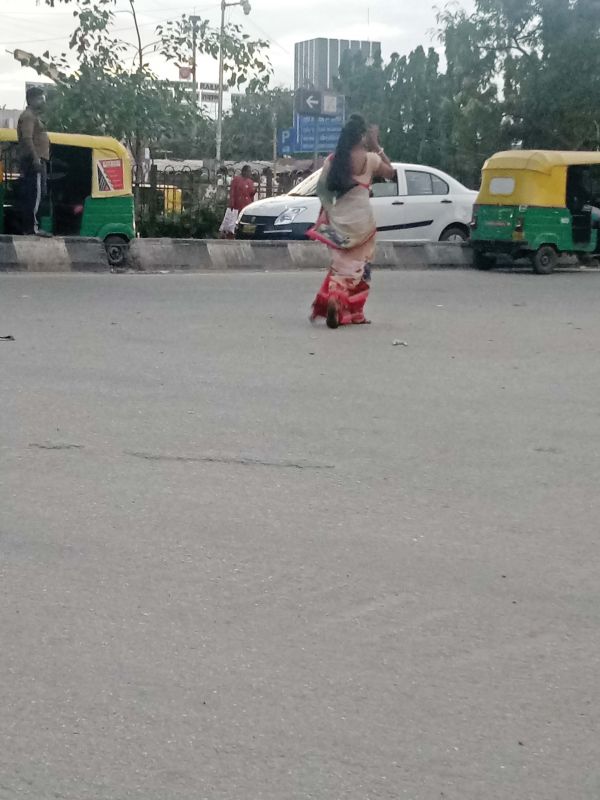 Clients follow the sex worker of their choice and meet away from the original spot. Crowded areas like shopping complexes are used to strike deals.

Another woman appears, her saree draped conservatively, and strolls towards a small shopping complex. As she pretends to do some window shopping,   a man comes in view. "Rs 500," she whispers. The man leaves without another word. This deal obviously didn't make it. But the woman doesn't have to wait too long. Five minutes later, another man, who has been watching from a distance and noting her conversation with the man who just left, takes his place. It’s hard to hear the conversation that transpires, but money changes hands and they part ways. The woman then walks towards  the bus stand  and flags an auto. As she jumps in , her client appears and gets in beside her. This deal was clearly successful.

Prostitution cannot be put to an end, banning it will only pull people towards it, instead we should control it by legalising it and by giving them a specific area. We should give them licence and conduct regular medical check ups on them. We should conduct more awareness programme and educate them about how their health would be affected.”
— Santosh hegde, former Lokayukta

A short distance away, her friends mill around the lounge for KIA commuters. Their laughter is interrupted by a phone call. One of the women speaks hurriedly into her phone and they all scatter quickly . Soon after they disperse, police sirens are heard. A tip-off that worked! 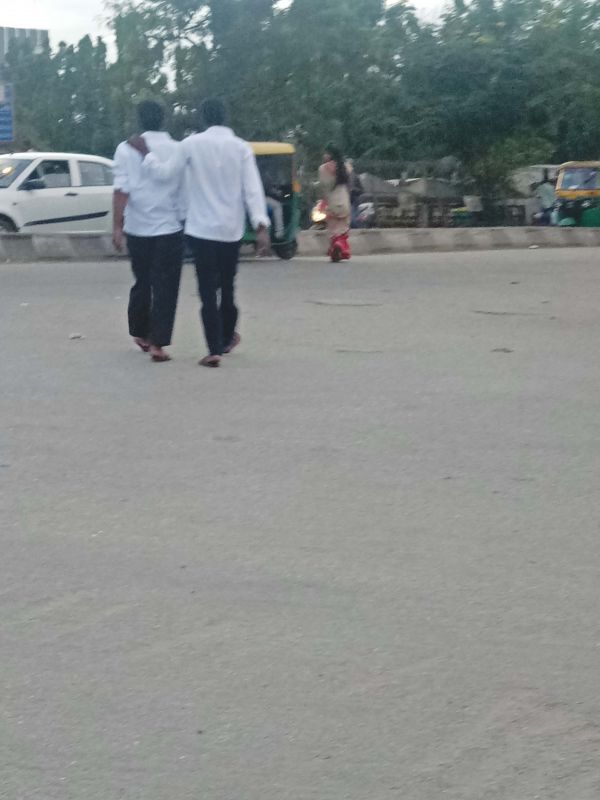 Autos are pre-booked by sex workers to pick up clients after the deal is struck and the advance is paid.

But if there are  women who keep their side of the deal there are others, there to promise and scoot with the “advance” . They are the notorious “ burkha gang” often found  near the Maharaja complex and Abhinay Talkies.  Like other women soliciting in the Majestic, they collect an advance, promising to meet their clients at a designated spot. Once they have the money, the women make a run for it, with no intention of “honouring” the deal. It’s the perfect crime as no potential client dares to approach the police. The money collected ranges from Rs 400 to Rs 700, say locals.

And then there are the transgenders who also solicit men, many of whom  dread their approach.  But while they can all be spotted without much of an effort, the Obavva Pade doesn’t seem to notice them. 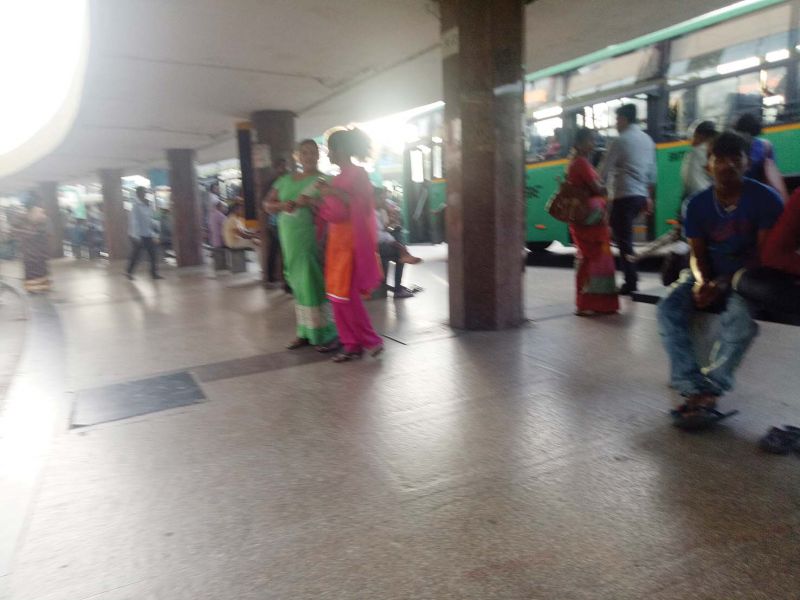 Burqa gang lies in wait to con clients
Ask the police  about the rampant sex trade in the Majestic, and it says it cannot be stopped overnight. “We have been cracking down on them, but the women have their own timings of business,” said one officer. A member of the all-women police squad, Obavva Pade, claims it  cracks down on eve-teasers, drunks and those found loitering suspiciously in the area.  But a visit to the area reveals the squad members come to do the rounds  after 5 p.m. and having done them, sit comfortably at the Majestic Bus Stand, while the soliciting goes on surreptitiously around them.The people too say the police have been informed several times about the burqa gang and the  transgenders operating in the area, but nothing has been done to stop them. Complains Mr Sridhar, a local resident, “You can’t step outside in the main market towards the evening as the entire burqa gang is there doing the rounds of the Majestic bus stand. They misbehave and at times even abuse you if they are checked.”For Mr Ajith K Subramanya, taking a bus from the Majestic to Shivajinagar for work is a daily battle. “At times the women chase you  to earn some money,” he says.A final year B.com student, Manjunath of Banashankari complains that the transgenders sometimes throw themselves at men, which is very uncomfortable to deal with. But none of this seems to catch the eye of the law men/women. 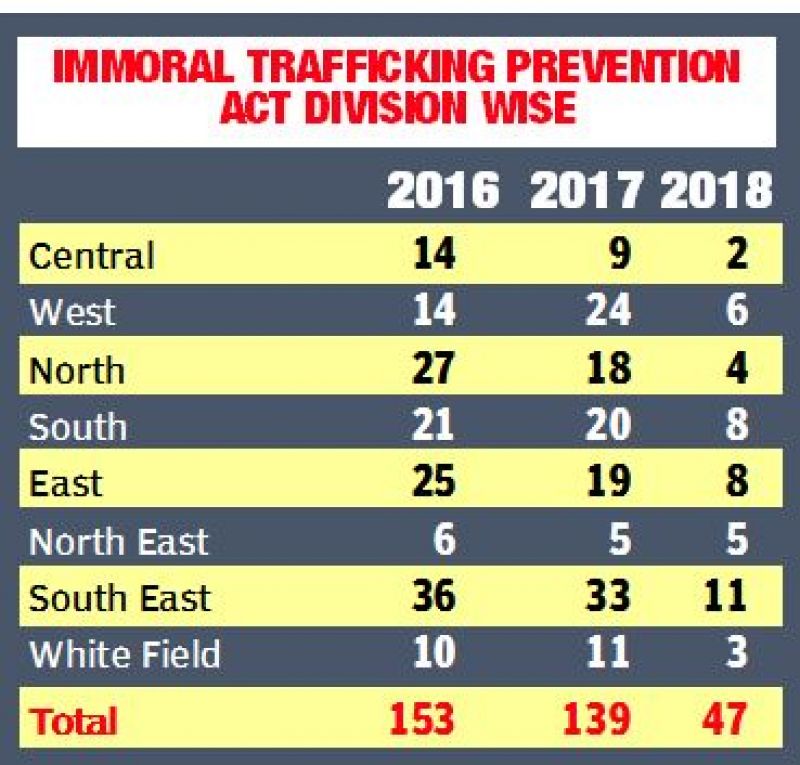 Q. Are you aware about a gang of cheats named Burqa Gang in your area?
No, I am not aware about any such gang in the area.

Q. What about rampant prostitution in Upparpet?
We have  launched an all- women squad, ‘Obavva pade’ to tackle it. The team of women  makes rounds of the area to keep an eye out for  such activity.

Q. But they don’t seem to be very successful in putting a stop to the prostitution in the Majestic and Upparpet areas?
The police is doing everything possible to tackle it. The patrolling team does regular rounds and  surprise checks.  But it’s true that sex trade takes place in the area as these women work stealthily and hoodwink the police.

Q. Is it true that the prostitutes and transgenders have been given  time slots  to carry on with their business?
No! It’s not true that the prostitutes have been given  time slots to function. They are being chased away if found in the area. But as far as the transgenders are concerned, they are themselves victims. The police has been organizing awareness programmes for them.