Hotels down shutters in Kozhikode due to drought

A water company in the city taking water from Mananchira Square in order to meet the increasing demand for water on Wednesday. (Photo: VENUGOPAL)

KOZHIKODE: Hostels, hotels and restaurants have started feeling the pinch of the water crisis in the district, resulting in the closure of a few of them. Twelve hotels in the city downed shutters last few weeks followed by six in Koyilandy and four in Thottilpalam. “We mainly depended on the water tankers coming from Iringapalli, but for last one week, it has stopped citing a shortage of water in that area,” said Ahmad Jamal, an eatery owner in the city. “Since water is not there, I had no other go. We have sought the corporation's help for water so that we can reopen them."

The hotels and restaurants had been getting water from borewells in Kovoor, Parayancheri and Vengeri. But as the wells in those regions started drying up, the local people protested. “At present, we are buying water from Parambil Bazar paying Rs 3,000 for a 2,500-litre tanker. Earlier, we were paying half the rate,” Suresh Nandan, a member of Kerala Hotel and Restaurant Owners Association, said. “We cannot see more hotels and eateries closing down like this."

Supply of water cans down to half

Wednesday was indeed a tough time for professionals, gyms, textiles, hospitals and other working units, as they struggled after suppliers withdrew packaged drinking water. Water cans in the past few years have turned an inevitable part of them, and the city alone has more than 150,000 water cans a day in distribution.
“Almost 65 percent of suppliers have stopped water to the offices here, as their sources have almost dried up,” said Shabeer Ali, owner of Al Ameen drinking water suppliers.

“Now we have started taking water from Kovoor, Parambil Bazar and Kannadikal, but the residents here have already raised their apprehensions citing the low level of water in their household wells. We suppose our existing sources of water will soon dry up if the temperature keeps rising like this.” Some of the private suppliers in the city have started illegally taking water from Mananchira, which is reserved to Corporation water suppliers.

District administration is in a mood to say ‘yes’ to whoever demands drinking water. According to additional district magistrate T. Janil Kumar, there are 14 full tanks of water stored under Japan International Cooperation Agency (JICA)-aided drinking water project and no need to worry. “Mostly we are taking water from the tanks of Kerala water authority. The advantage is that this water is thoroughly checked and the money should be handed over in Thiruvananthapuram as per the department-level agreement,” he told DC. In few areas, water is being taken from public wells provided that it should be taken under the instruction of village officer concerned and tested at the lab of KWA. 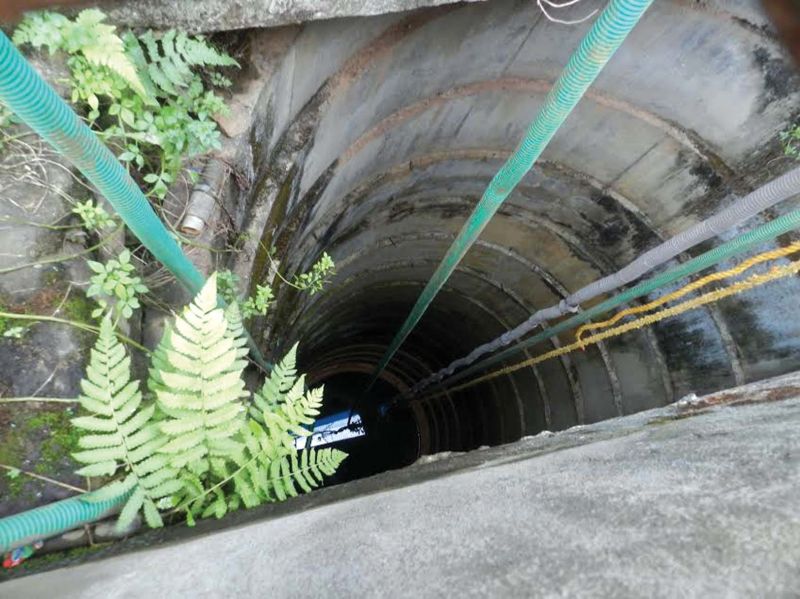 A well in which water level has touched the rock bottom (file pic).

According to the ADM, the water distribution in tankers is going smoothly barring a few complaints from rural parts. Complaints are being raised in a few panchayats like Arikkulam that drinking water distribution has not been started. On the other hand, the process is in full swing in some other panchayats where volunteer organisations had been roped in for the purpose. In the wake of the drought, several local self-government institutions had started implementing strict regulations regarding water harvesting system. Naduvannur panchayat is not providing building permit to new houses having more than 1500 sq.ft area without water harvesting system.