Bandana, a resident of Dhankuta district in eastern Nepal, started dancing at the age of five and would often dance with her younger brother. (Photo: Bandana Nepal)

Mumbai: An 18-year-old girl, Bandana Nepal danced for 126 hours (over 5 days) continuously to set a new record for 'Longest Dancing Marathon by an Individual.' This Nepali teenager surpassed the record achieved by a 37-year-old Kerala woman, who danced continuously for 123 hours and 15 minutes in 2011.

Bandana, a resident of Dhankuta district in eastern Nepal, started dancing at the age of five and would often dance with her younger brother. She has received training in both Nepal and India. Apart from dancing, she is also pursuing Business Management studies in Kathmandu.

She also founded a youth organisation named Bandana Nepal Foundation which works for the upliftment of poor women and children in Nepal.

Recently, the Guinness World Records had confirmed that Bandana had set a world record. Following the official confirmation, Nepal Prime Minister KP Sharma Oli honoured her for achieving this incredible feat by hosting a function in Kathmandu.

In an interview with Deccan Chronicle, Bandana Nepal spoke about her struggle, future plans and challenges that she overcame in the process for achieving the rare feat. Here are the excerpts:

What inspired you to take this courageous step of dancing for 5 days at such young age?

There's a saying of Eddie Rickenbacker, "Courage is doing what you're afraid to do". I believe in this completely. Our beautiful cultural songs inspired me to take this courageous step. However, people across the countries liked the Nepali cultural songs and I thought to promote it more. Hence, I chose this platform as an opportunity  to promote Nepalese culture and be an inspiration for teenagers for contributing towards our country.

Since you want to promote the Nepalese music and culture, after achieving this milestone how do you plan to take your dream ahead at international level? 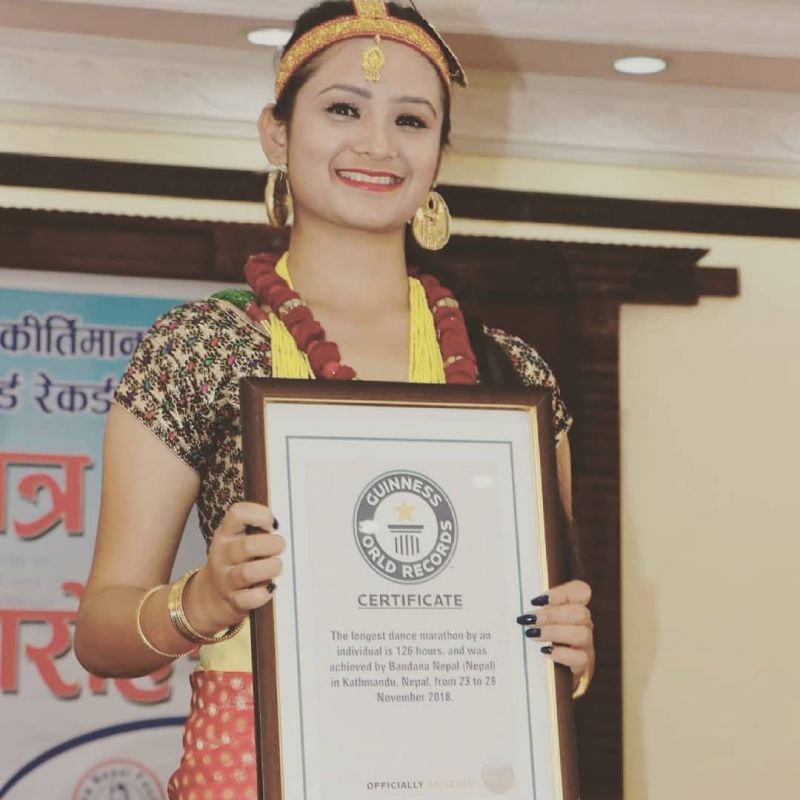 (Photo: Instagram/ bandana_nepal) Bandana Nepal danced for 126 hours (over 5 days) continuously to set a new record for 'Longest Dancing Marathon by an Individual.'

How do you feel after breaking the pre-set record labelled by an Indian dancer?

Though I broke the record of an Indian dancer I never felt like a competition and will always thank Kalamandalam Hemalatha because she was my inspiration in this journey. Although now I am known as world's longest dancer she will always be my leader, senior and inspiration. The only reason to set a new record was to promote Nepalese culture. So I feel very proud.

As you belong from a simple background how did you manage to live your dreams?

When I begun to learn dancing, at that time it was regarded as ‘waste of time’ and if a female used to dance, then she was termed with ‘no manners and discipline’. But I feel so blessed that my parents always pushed me to fulfil my dreams and supported me to dance. They helped in changing the negative perception of people about dance in Nepal and make whole Nepalese community proud by dancing. 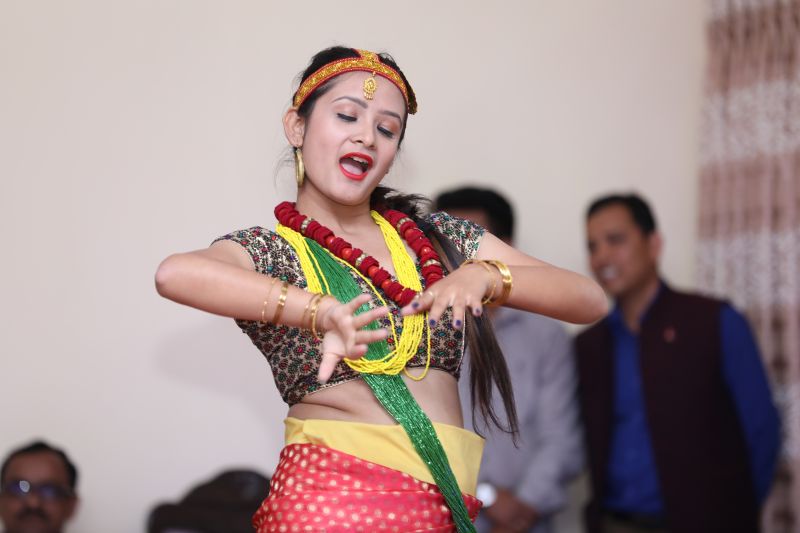 You have also founded a youth organisation named Bandana Nepal Foundation, how do you help them? What gave you an idea to do the same?

As my father is also a social worker, I saw him helping all the needy people so my heart was always inclined to do the same. Hence, I thought to start a foundation named Bandana Nepal Foundation which will help needy women and children. This foundation will provide education, health services and will also upgrade children in extra curriculum activities.

After receiving an award from the President for achieving a rare feat, what differences have you experienced compared to the past?

I felt so proud to receive an award from the President and making a mark in Guinness Book of records. The first difference that I experienced is the love and blessings that I've received from Nepalese and other countries as well. Before achieving the honour, I was being loved by particular persons but now I am known to the world. I've been also getting so much of love mainly from India. I want to thank every Indian for showering me so much of love and support. 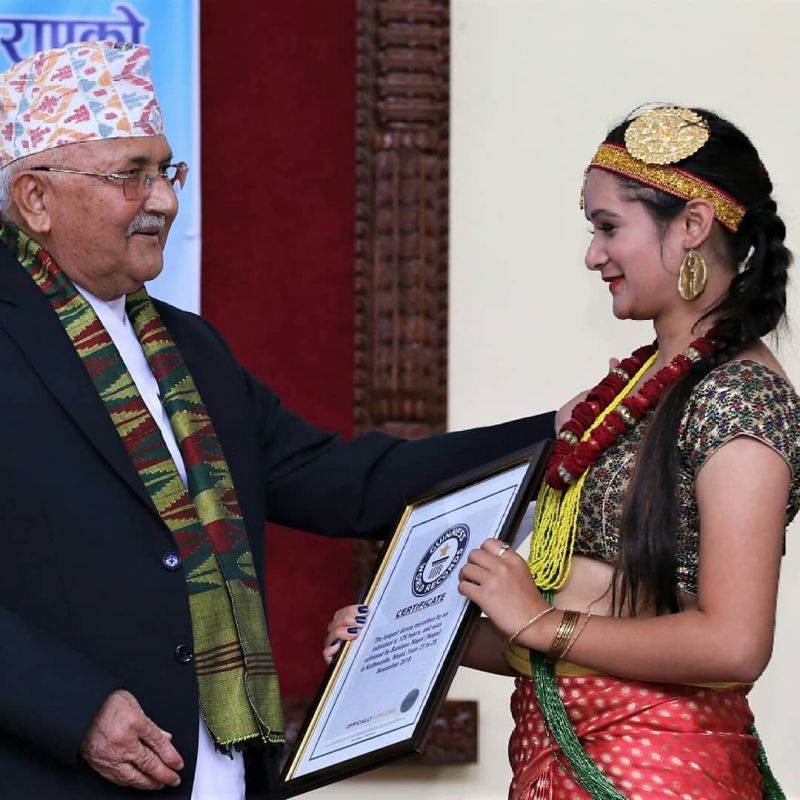 How did you prepare yourself for this dance marathon? In what way did your family support you?

I prepared myself by having proper practice and diet. Of course my family supported me in every step, afterall one cannot get success without the support of them.

What are the challenges you faced and how did you overcome them?

Those 126 hours were filled with many challenges. Firstly, I was not allowed to eat solid foods, only liquid juices were allowed. It was very tough for me to drink only juices for 6 days. Because of not having food, my body started to feel weak, it was so hard for me to move my hand but anyhow I managed to dance. At one point of time, I almost broke down. And another challenge for me was no sleep for 5 nights. My eyes got closed for sometimes but the love and support of all Nepalese did not let me lose hope. After 3 days of marathon, I forgot everyone and did not recognise my parents and friends but didn't give up. As I completed 123 hours, I thought to add more 5 hours but as I reached till 126 hours doctors came and stopped me. 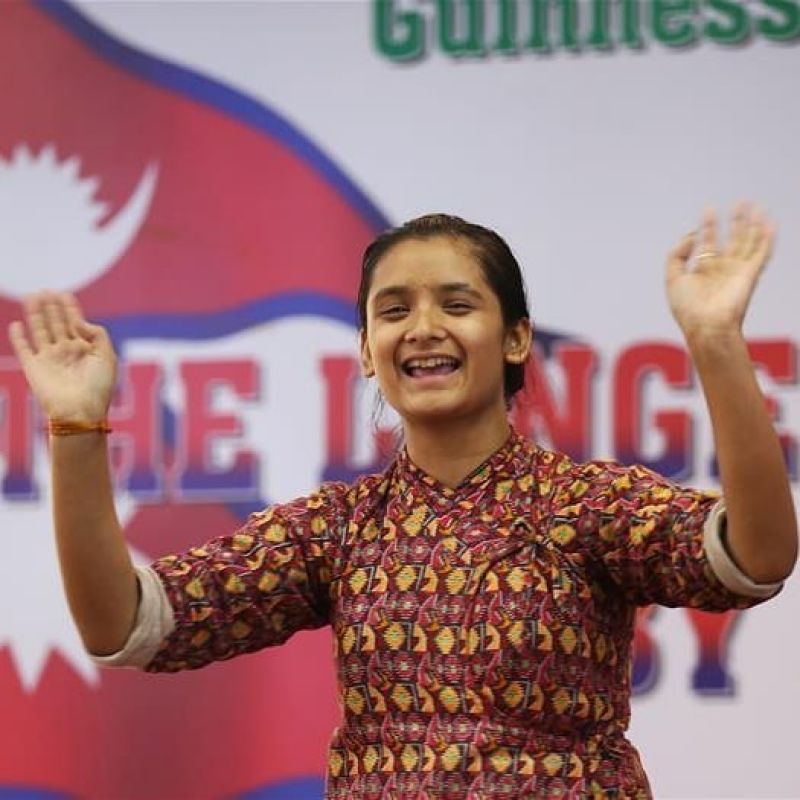 (Photo: Instagram/ bandana_nepal)Bandana performing at the Dance Marathon at the Big Foodland restaurant in front of family members, general public and the media.

What are your future plans?

I wish to continue dancing and develop Bandana Nepal Foundation.

Laad Bazar to get a heritage makeover

Mandi biryani is the new normal