In 1965, India could have turned the war in its favour: Philip Rajkumar

He is a veteran of the Indo-Pak war of 1965. Only a 24-year-old flight lieutenant at the time, Air Marshal (retd.) Philip Rajkumar, still remembers the two weeks he spent on the battlefield. In a candid interview with Aksheev Thakur , he says the Indian political leadership of the time did not exploit the strength of its military victories under international pressure, and if it had, even the Kashmir issue could have been settled. September 23 is the anniversary of the 1965 war ceasefire. Excerpts:

Where were you posted during the 1965 Indo-Pak war?
I returned to India in 1964 after five months of gunnery training in the US and was posted with the No 1 Squadron at Adampur near Jalandhar. The squadron was commanded by Wing Commander OP Taneja. The war started on September 1 with Pakistan launching attacks and till September 6 the action was in Pathankot. On the morning of September 6 we thought we would be asked to attack the Pakistani airfields, but it did not happen and after 50 years it came to light that the then Prime Minister, Lal Bahadur Shashtri asked Air Marshal Arjan Singh not to attack them as he did not want to escalate the war. Instead, we were asked to attack Sargodha on the morning of September 7. Twelve aircraft were assigned the job, but only seven managed to attack the heavily defended Pakistani base. The others could not reach it due to a navigational error. During the debriefing we were asked to refuel and go back at 9:45 in the morning. The order was unexpected as this meant there would be no cover of darkness. We reached Sargodha at 10:15 and I bombed the ATC and though we claimed three Sabre and one Star, (fighter jets used by Pakistan), Pakistan admitted the loss of only one Sabre.

How did you feel when you were asked to conduct the raid?
I was terribly frightened. I was only 24 and did not want to die (laughs). We had a group of young bachelors and the news of causalities affected our morale. Though the officers were married, they never exhibited their fear and throughout the war boosted our morale. It was a short period of two weeks, but the war is still etched in my mind.

Pakistan celebrates December 6 as Defence Day and claims it was  victorious. Who actually won?
Wars are fought not for the fun of it, but to achieve strategic aims. By attacking Chamb, they wanted to cut-off Akhnoor and take Kashmir by force and we did not let that happen. So who lost? Pakistan was testing the water in Kutch but the real tamasha was to happen in Kashmir. The Americans knew this, but did not tell us.  We did great in the Battle of Asal Uttar in Khemkaran. 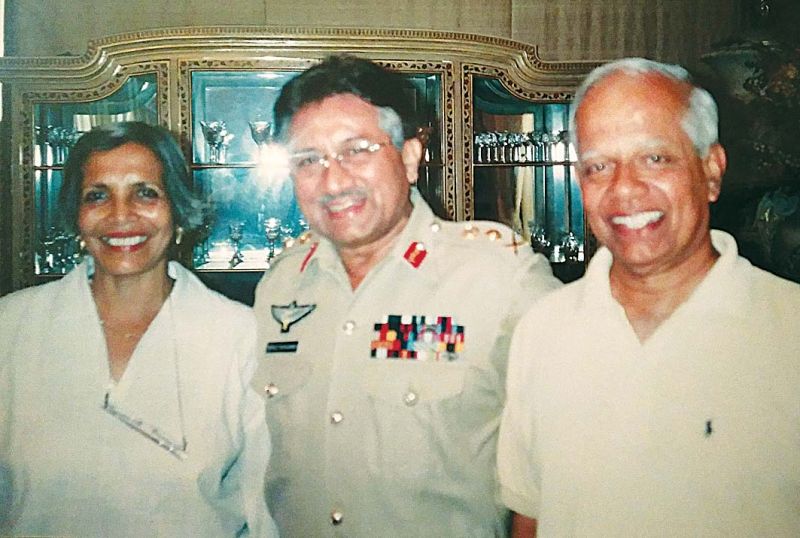 A file photo with former Pakistan President, General Pervez Musharraf in Islamabad in 2004

Why was the ceasefire announced when the armed forces reached Lahore?
All I can say is that the Indian political leadership did not exploit the strength of its military victories. Even the Kashmir issue could have been settled. We had enough to continue the war, while Pakistan ran out of its ammunition. A lot of international pressure was on the former PM and he gave up everything.

Could you tell us about the transition the armed forces went through after the humiliating defeat of the 1962 war with China?
1962 was a rude shock for the entire nation. We could have used the IAF, but it was only used for transportation. A massive effort went into manufacturing weapons and the Americans offered to train the IAF. New tanks were inducted and we were better prepared in 1965. The lessons of 1965 made us well prepared for the 1971 war.