Recently, educationist-turned-parliamentarian N. Malla Reddy was given a milk bath by his followers.

What is an election without the drama? With the entire nation gearing up for poll fever, the political scene is getting more interesting by the minute. Closer home, our politicos’ eccentric gestures are making them the cynosure of all eyes. They even could teach film stars a thing or two about attention-grabbing tactics! From bathing in milk to drinking the water used to wash party seniors’ feet, and even getting tattoos of party symbols — our politicians are leaving no stone unturned in making headlines.

Recently, educationist-turned-parliamentarian N. Malla Reddy was given a milk bath by his followers on the occasion of his birthday. And though his followers say that it was their idea, videos of the incident have received rather unflattering comments on social media. 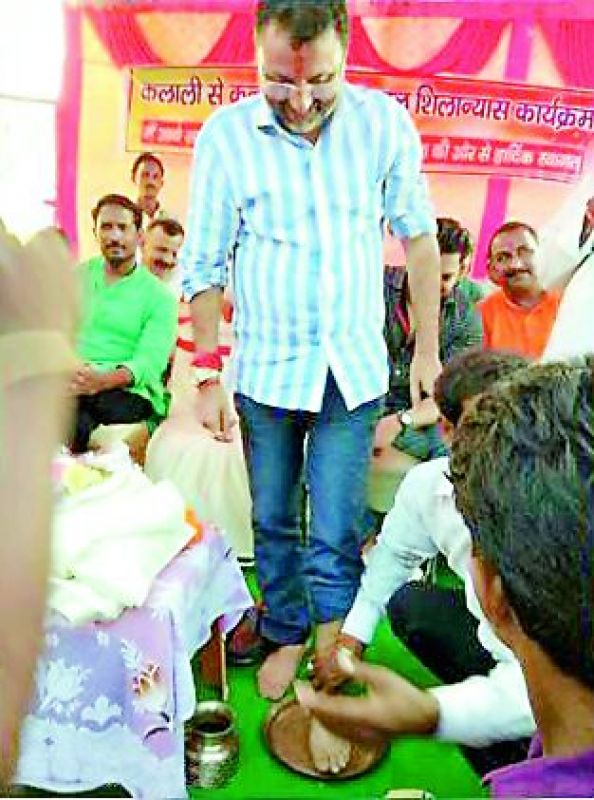 A BJP worker in Jharkhand washed the feet of party MP Nishikant Dubey and then drank the dirty water.

Meanwhile, Malla Reddy himself brushes it off as no big deal, saying that the Yadav community just wanted to participate in his birthday celebrations. “Since I started my career doing business as milk supplier, the Yadav community wanted to share a happy moment with me on my birthday, that’s it,” he says.

Film producer Bandla Ganesh recently sprung a surprise on us by joining the Congress. What’s more, he even made a serious show of his commitment to the political outfit by having the party symbol tattooed on his chest! “It’s my way of showing my love and respect for the party and demonstrating what it means to me,” he says. 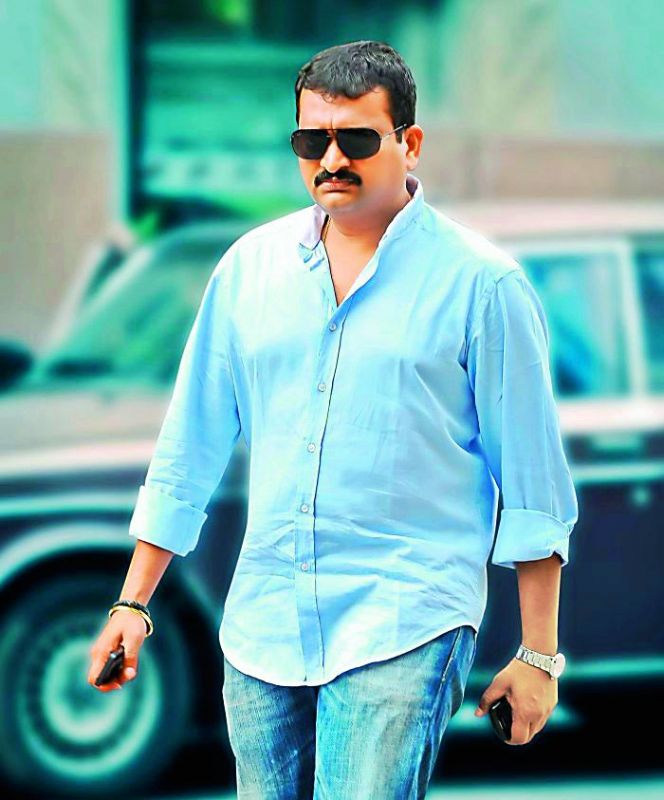 Bandla Ganesh got the Congress party symbol tattooed on his chest.

In another bizarre incident, a BJP worker in Jharkhand washed the feet of party MP Nishikant Dubey and then drank the dirty water as a mark of his respect for the leader. Meanwhile, TRS party member Odelu resorted to self-imposed house arrest to show how upset he was at being denied a ticket for the Chennur constituency.

While some call such behaviours sexist and patriarchal, Clinical Psychologist Srikanth Goggi puts it down as an exaggeration of one’s emotions. “People who indulge in extreme behaviours like washing another’s feet and then drinking that water, or giving their leader a milk-bath, may project idealism. But they actually have deviant personalities. They do these things because of their suggestibility, the continuous need for excitement, their appreciation of others, or their desire to be the centre of attention,” he says.

In the days leading up to an election, do such gestures impact the image of the individual or the party? Veteran journalist Paranjoy Guha Thakurta believes gimmicks don’t help people gain mileage in the long run. “Ludicrous situations will not help their cause,” he says. But they’re definitely making news, and that must count for something.

Puducherry govt allows sale of firecrackers ahead of Diwali

Disputes should be settled out of court: CJI Ramana