Volunteers clean up beach ahead of Kerala literature festival

Portion of the beach on Saturday before the the drive.

KOZHIKODE: The volunteers under 'Team Clean Beach' have cleaned up the beach ahead of the Kerala literature festival to be held there in the first week of next month. They filled up a huge stretch of the beach on both sides of the old sea bridge that was contaminated by the waste water from the quarters nearby, while the corporation showed no interest in doing it. The stinking beach would turn away the visitors to the festival, said Mr K.S. Arun Das, one of the volunteers. 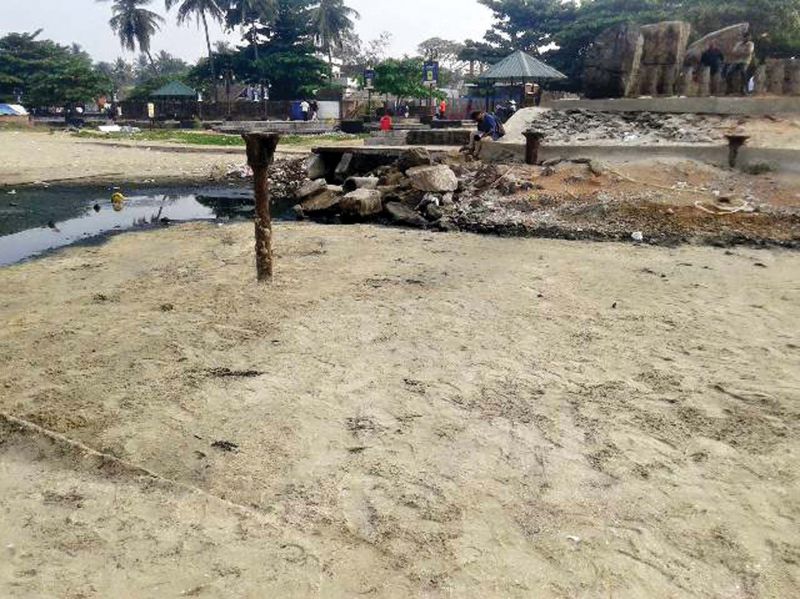 The same place gets a facelift after the cleanliness drive.

"This is our land and we wish to to bring back its lost beauty and hygiene," he said. The team was helped by NRIs from Kuttichira also on Saturday. By Sunday morning, a major portion of the beach that was filled with stagnated wastewater was reclaimed with clean sand. The team is a collective of joggers who met on the beach and later decided to spend some time to clean up the city. Currently they have around 25 members and every day, a minimum of 10 people regularly clean the beach. Most of them are professionals and some NRIs, who work in clean surroundings abroad.