KOZHIKODE: The technology developed by three young techies from the state for the conversion of organic waste into biogas and natural fertilisers has become a big hit in Bengaluru. The technology is also being used by Cochin Shipyard and a hospital in Thiruvananthapuram, though they are yet to get any encouragement from the state government. The three — Shiras Muhammed, Arun C. Michael and Sishan from Kollam, Alappuzha and Kannur districts — introduced the technology to produce biogas and compress it into gas cylinders, a rare feat. They developed it as part of their bio-technology engineering project which they later implemented in Bengaluru.

“We could not implement our idea in our own state, but the neighbouring state has adopted it and started making profit out of it,”  said Shiras. “We offer dependable solutions for scientific treatment and disposal of waste. Our technology,  ‘Compressed biogas,’ is a cost-effective solution to dispose of municipal waste,” he added. The previous UDF government had almost given its approval for the project, but it was later abandoned. Anand, a farmer from Dodaballapur district in Karnataka, adopted the technology and he has  now made it a business of producing compressed biogas out of the waste. 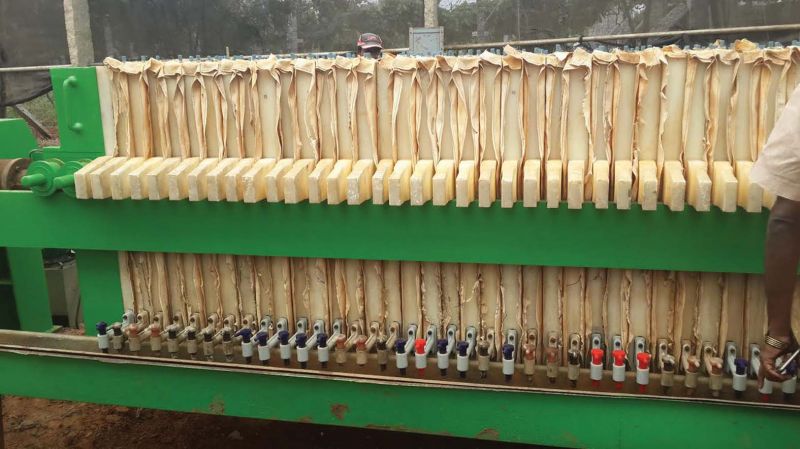 The purified biogas is compressed and filled into cylinders with 10 kg capacity.

“Organic waste is carried in a closed container and is crushed and mixed in proper proportion. Crushed waste mixed with slurry is then fed into the main digester with the help of sludge transfer pump. The system is designed with inbuilt impellors for proper mixing and gas formation,” Arun said. Later, the purified biogas or biomethane is compressed using a compressor and is filled into cylinders with a capacity of 10 kg each and it is distributed to hotels at a rate of Rs 90 per kilogram. Anand’s plant alone sells 25 to 30 cylinders a day, Arun  added. The total investment for the 25 metric tonne waste treatment project is `5.5 crore with land requirement of 2.5 acres. The revenue generated via the project is not only from the gas being sold, but also from the by-products like carbon that is generated while purifying the biogas and from the end product like fertiliser. The return of investment from the project is four years, he pointed out.