The great face off: From Bell’s Palsy to bodybuilder

The world breaks everyone, and afterward, some are strong at the broken places, said Ernest Hemingway. An innocuous irritation in Varun Sood’s eye would change his life - the diagnosis, Bell’s Palsy came too late. Told he couldn’t be fully cured, when even his family had nothing to offer but sympathy, Varun went into a depression, until he learned what miracles a healthy lifestyle can bring. As he heads to the ICN bodybuilding championship this December, he tells Sitara Suresh Naidu how he has become an inspiration to many

Varun Sood, a motivational speaker and fitness enthusiast, will head to the ICN bodybuilding championship in Goa this December. Today, he can say that he has inspired many young people, helping them get their lives back on track, but four years ago, only tragedy lay in store for him as he got off the plane from New York. When he returned to India in 2015, his friends noticed something different in his face. His left eye watered and he couldn’t feel it. When he tried to laugh, his facial features refused to respond. “I was alarmed, and called a doctor, only to learn I was rather late,” Varun Sood tells Deccan Chronicle. He was diagnosed with Bell’s Palsy. “My world and future just fell apart. “

Bell’s Palsy occurs when the cranial nerve, which controls the facial muscles, becomes inflamed, swollen or compressed. It can lead to the temporary weakness of the facial muscles, or their paralysis. Varun’s attack was a serious one and after consulting with several neurosurgeons, he found his condition couldn’t be reversed even with medical aid. Varun, his friends and his family lost hope and he went into severe clinical depression. 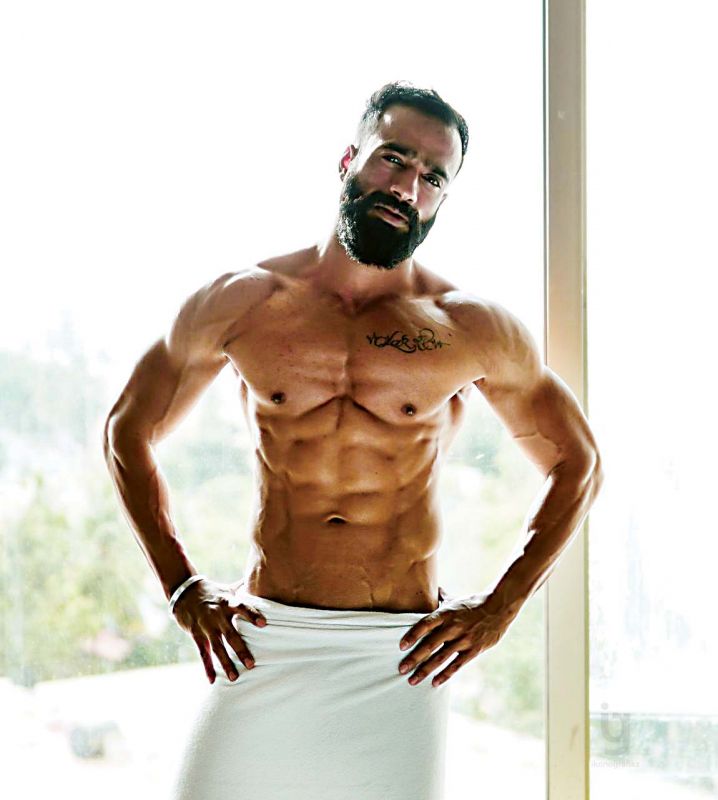 Varun shares his experience, he says, “I felt completely numb and depressed that my future came crumbling down in front of my eyes. Everyone, including my parents had given up on me. I only got sympathy from everyone, not motivation and this was what tore me apart. I locked myself in my room and surfed through the internet day and night!”

However, after his extensive research on the internet he stumbled upon an article which changed his life forever. Speaking about what and who inspired him, Varun says, “I reached a point where nothing could drag me back on track but I read an article about a man who fought his cancer only by changing his diet and working out rigorously. At a time when nobody helped or believed in me, this article became my saving grace.”

From then on, there was no looking back. His lifestyle underwent a paradigm shift and he gave up his social life as he worked. Varun turned his focus to his workouts and changed his diet, cutting junk food out totally.  “The doctor had told me that the medication would bring about 75% recovery but I wanted to fix myself completely. I had never stepped into a gym or followed a diet until then. I began focusing on improving my lifestyle and spent hours in the gym.”

Varun fought his fears and is now a motivational speaker. He shares his experience with several people and personally helps people who suffer from depression. However, he is worried about the kind of lifestyles millennials lead today. He says, “With a fixed nine-to-five job it is difficult for millennials to give time for themselves but it is essential to follow healthier standard of living.”

Varun urges youngsters to eat right, exercise and speak out if they feel lonely, as he believes this was his success mantra.