A vet went down this well to rescue a leopard

Forest staff sent down a ladder for the leoplard to climb up on its own but it didn't. So a vet had to be lowered into the well to tranquilise the animal.

Mysuru: A leopard that had fallen into an open well in a village on the fringes of the Nagarahole National Park was rescued after an operation lasting 56 hours.

Trapped at a depth of 80 ft, the leopard had to be sedated and winched up using a net.

Villagers of Karapura in Mysuru district said the leopard fell into the dry community well on Thursday and it wasn’t until Saturday 10 am that a proper rescue operation could begin.

Nagarahole national park director Mahesh Kumar said a cage had to be designed to fit the mouth of the well. In the meantime, the leopard, a female of two and a half years age, was monitored on a surveillance camera suspended into the well. 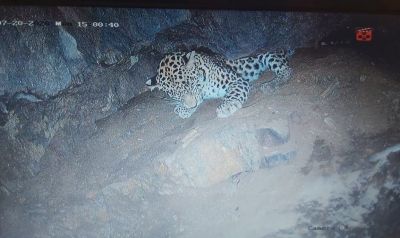 The leopard snuck into a small cave within the well. So a surveillance camera had to be lowered to monitor it.

The leopard hid in a hollowed out portion of the well wall and made it difficult to monitor. Initially, forest staff suspended a ladder down the well for the leopard to climb out on its own. But it did not work.

Later, a net was spread out on the floor of the well keeping flesh as bait but leopard did not take it. 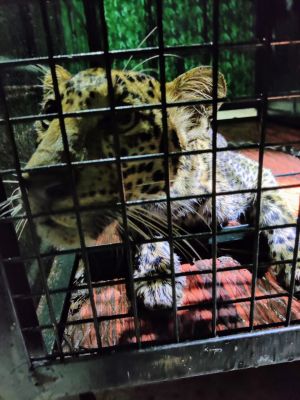 The leopard was tranquilised and lifted up. Rescue staff said it is in good health.

Though, the leopard did not evince interest in the flesh offered to it, Mahesh Kumar said the leopard drank about two litres of water in one go. Sensing that the leopard was getting exhausted, the rescue personnel decided to tranquillise it and winch it up. A vet was lowered into the well in the redesigned cage to shot the tranquilizer dart and the sedated leopard was was lifted up in a net.

She was treated with electrolyte. Mahesh Kumar said the animal is in good health. It will released into the forests.

Farmers in fix as drip, sprinklers supply delays for years