Kate Middleton chose to wear only dresses while on her visit to India. (Photo: AP)

When the royal couple Prince William and Kate Middleton visited India, their every little move — what they wore, what they ate, where they went — was seen through a microscopic eye. Each dress worn by the Duchess was scrutinised critically. And one popular writer in India was absolutely not impressed with Kate’s choice of clothes – Shobhaa De. She chose to express it in rather caustic words that many felt was unwarranted and created quite an uproar on social media.

Ms De accused Kate of having ‘no curves’ and thanked her stylists for not advising her to dress her in a sari. She even attacked her sense of style and called her choice of clothes 'boring'. 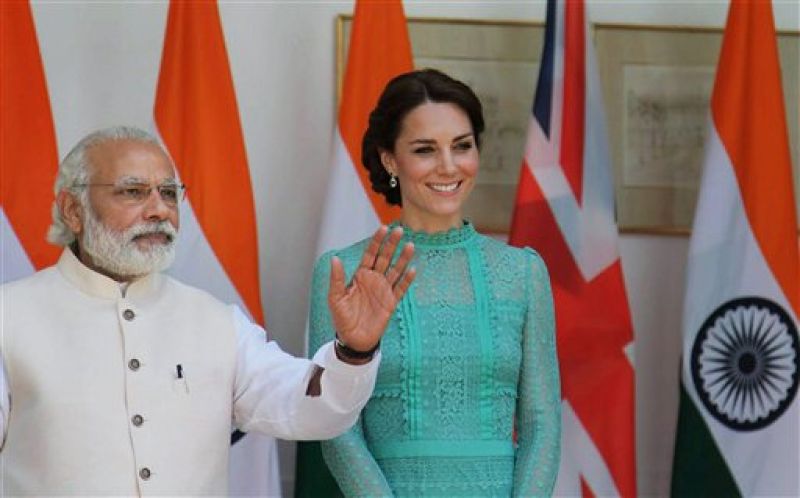 "Narendra Modi’s pristine white, smartly fitted ensemble, stylishly set off with a baby pink bundi jacket made a bigger statement than Kate’s pheeka wishy-washy aqua dress. Her expression was equally listless. There wasn’t a touch of saffron in sight. It was so theek hai as to be boring”: Shobhaa De. (Photo: PTI)

Following is what Ms De had to say in an opinion piece:

Kate has skipped wearing a saree. Her waist is perfect for crinoline ball gowns from "Gone with the Wind". But a saree needs curves. A saree demands a derriere. Kate has none. Thank God, some misguided fashion guru has spared her and us so far.

And now, a nineteen-year-old’s response to De’s opinion has gone viral on social media. The teenager slammed the popular writer for body-shaming the duchess and impressed many with her biting criticism. 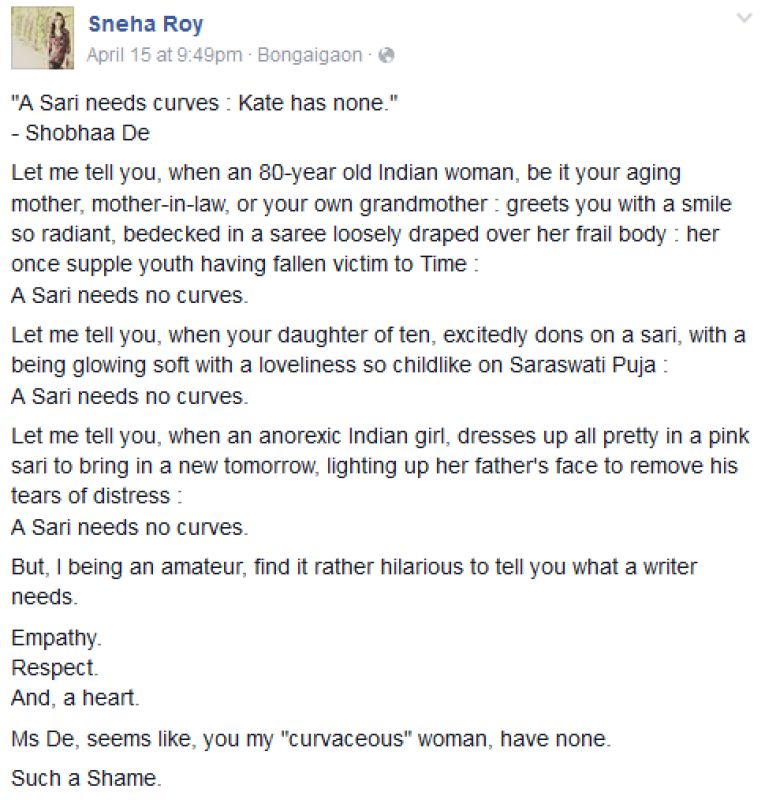 Regional Passport Office speeding up to clear applications in Hyderabad