Modi's monogrammed suit is the most expensive ever to be sold

The suit, said to be worth Rs 10 lakh, had kicked up a political storm with the Opposition. (Photo: PTI/File)

Modi's monogrammed bandhgala suit that drew trenchant criticism from rivals was sold last year off for a staggering Rs 4.31 crore at an auction in perhaps the first such sale of articles gifted to a serving Prime Minister.

The navy blue suit with Modi's name in full-- Narendra Damodardas Modi--embroidered on the fabric to look like golden stripes, which he had worn for Summit talks with US President Barack Obama in New Delhi on January 25, was bought by a diamond trader from Surat, Lalji Patel and his son, after an intense bidding on the closing day of the three-day auction. 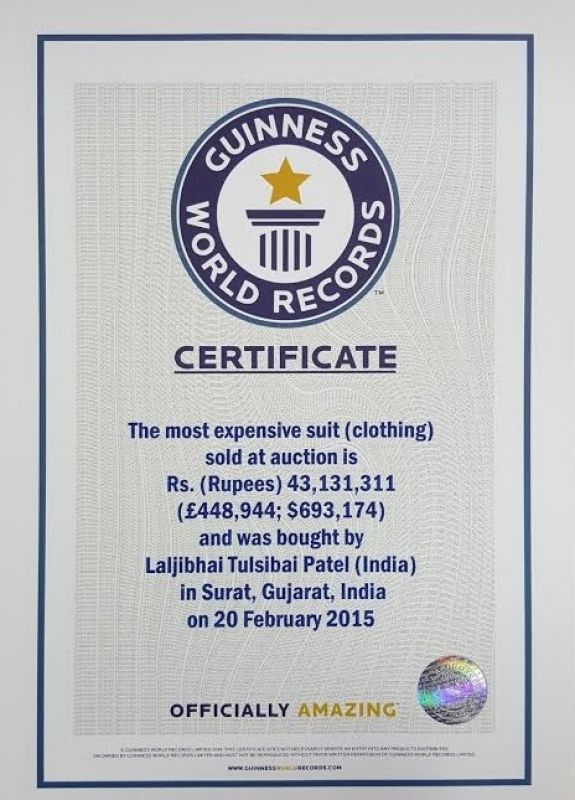 During the auction, the suit was displayed on a lookalike mannequin of Modi behind a glass case. Some bids, including one of Rs five crore, were also received after the deadline, but were disallowed.

The money generated from the auction went for Modi's ambitious 'Clean Ganga Mission'.

The suit, said to be worth Rs 10 lakh, had kicked up a political storm with the Opposition, particularly the Congress taking on Modi during the campaign for Delhi Assembly polls.

Congress vice president Rahul Gandhi used the suit, whose fabric was claimed to have come from United Kingdom, to attack Modi over his 'Make in India' campaign and to show how alienated he was from the poor to have worn a Rs 10 lakh attire.

Amid the swirling controversy over the suit, a NRI Gujarati businessman Ramesh B Virani had claimed he gifted it to Modi when he had gone to invite him for his son's wedding.

The suit was tailored by 'Jade Blue' in Ahmedabad, a clothing chain that handles Modi's wardrobe.