A criminal justice system on the verge of collapse

India has many crimes but very few criminals, according to crime statistics. The criminal justice system in place is unable to apprehend them, put them on trial with proper evidence and get them convicted even after spending much time, money and human resources. Committees and commissions, which studied this unique Indian phenomenon, have made several recommendations to reform the system. However, no political party in government is keen to reform the system as they find a weak system suits their interest. How else can one interpret the situation when one finds that despite repeated orders from the Supreme Court, no State Government has implemented all the steps suggested for police reforms or changed the law and procedures recommended by committees and commissions appointed from time to time by governments themselves?

It is interesting to note that recently at the instance of the Supreme Court, when the Central Government decided to establish 12 special fast-track courts to try 1,581 pending criminal cases against Members of Parliament and state assemblies, the MPs argued in Parliament that such a step would violate the right to equality guaranteed by Article 14 and would amount to unfair “profiling and excessive vilification of elected representatives”! The system of justice is made up of three major components and weaknesses in one or more of those components will influence its efficiency and outcomes. If the law defining crimes and punishments or the procedure in dealing with crimes is ambiguous, leaving large discretion in its interpretation and enforcement, the system is destined to be shoddy, subjective and prone to corruption.

Similarly, if the institutions in charge of implementation are weak or inadequately resourced and supervised, the system is unlikely to produce the desired results. Finally, if the most critical element in this triad, namely, the personnel of the law, is not sufficiently motivated and adequately trained for the job with accountability for performance, nothing is going to change and the system will continue to be an end in itself. On all three aspects, the criminal justice system today is failing to punish the criminal and protect society.

Does police act like caged parrot?
An independent professional police is indispensable for an effective criminal justice system. Independence does not mean the police is not accountable to the Home Minister, who is answerable to the legislature in a democratic setup. Functionally, the police is accountable to the Constitution and laws of the country which the force is obliged to uphold even if the Minister desires otherwise in cases under investigation. Hence the importance of the separation of investigation police from the rest, where the Director General of Prosecution is as much a stakeholder as the Director General of Police. If the investigator is influenced or transferred by authorities at their discretion, justice gets tainted and the process becomes an instrument of harassment against those who are weak and unable to fight through the system. Unfortunately, this has become the order of the day and has assumed even some degree of legitimacy! Aggrieved citizens had to repeatedly go to High Courts and Supreme Court seeking Constitutional remedies against police highhandedness, seeking the quashing of FIRs, transfer of investigation to CBI or even to special investigation units working under courts supervision.

Are prosecutors inefficient and non-accountable?
Prosecutors are advocates appointed by government for a particular period to conduct cases in court on behalf of the government. The appointment to these positions is often patronage to party workers and sympathizers in the profession. They are also paid much below the market rates for their services. Though many of them put in their best efforts with whatever materials provided to them by the police, they are no match to their adversaries on the defence side, who are mainly the leaders of the profession, particularly in high-profile cases.

It is an unequal fight where the preponderance of capabilities to persuade rather than the availability of evidence determines outcomes. The weakness in investigation can seldom be overcome by the prosecution during trial. The total separation of the investigative (executive) and prosecutive (judicial) functions also militates against coordinated efforts to put the prosecution side effectively. Public interest is least protected in the adversarial system where the entire burden of proof is vested in the prosecution and the benefit of the doubt is always given to the accused.

Are judges disabled in fact-finding by system constraints?

The criminal justice system operates under some questionable principles and unverified assumptions inherited from the colonial legacy. The two main functions of a  criminal court are  ascertaining the truth (fact) to decide the guilt or innocence of the accused and determine appropriate punishment. In both these functions, the judges of the trial court enjoy enormous discretionary powers despite the procedural laws in place. In other words, subjectivity pervades the system and judge’s professionalism, training and appellate court decisions are the only moderating influences on their decision-making power.

Coupled with this, the system carries certain unwritten principles evolved in a different era which have been followed unquestioningly by criminal courts which work in favour of criminals under the adversarial processes. These principles include “proof beyond reasonable doubt”, “the benefit of the doubt to the accused”, “burden of proof on the prosecution”, “right to silence of the accused” and confession to police not accepted as evidence. The Criminal Procedure Code and the Evidence Act do contain provisions to offset the unequal impact of these principles in an adversarial trial by empowering the presiding judge to seek the truth beyond the set procedures. But judges often buy peace and expedition by overlooking these provisions, thereby giving undeserved benefits to the accused.

Judges, after all, are human beings subject to frailties that human beings succumb under different circumstances, though they are trained to behave unbiased when they sit on the judicial chair. But at the end of the day what is ‘proved’ or ‘not proved’ is what the judge believed to be proved or not proved on the basis of evidence produced before him. This is a subjective judgment prone to different findings. That is why in so many cases on the same facts and evidence different courts have come to different conclusions. The familiar statement that “prosecution has failed to prove beyond doubt the guilt of the accused” is not to say that prosecution has no case or it is a false cooked up case. It is only to convey that the presiding judge does not believe the prosecution evidence or holds that it is not sufficient to prove guilt beyond reasonable doubt. 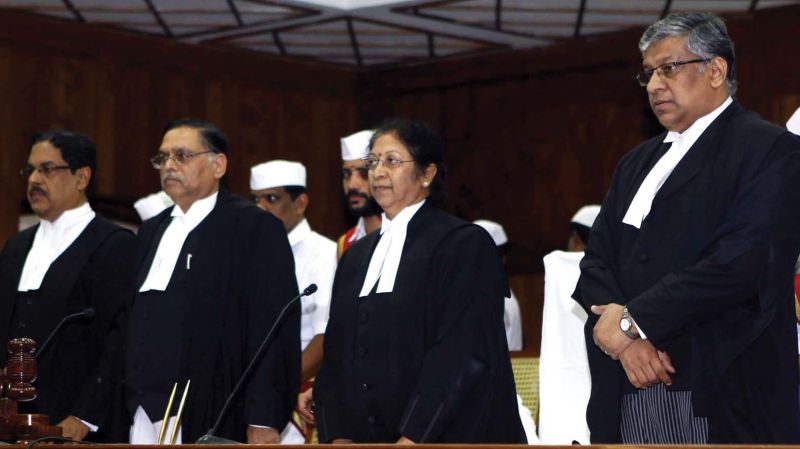 If an overwhelming number of serious offences end in acquittal on similar grounds after prolonged, expensive trial processes, people are justified in saying that ‘India has many crimes but no criminals’. In many jurisdictions where they follow the British Common Law system of adversarial adjudication, they have balanced some of the systemic constraints by inducting the jury system of 12 wise men from the citizenry sitting with the trial judge while leading evidence and entering a verdict of guilt or innocence which becomes binding on the judge. The Indian system had it till 1956 when it was discontinued as authorities felt that jury gets influenced by the media and public opinion. What Parliament seems to have done to offset deficiencies in the fact-finding processes through an elaborate trial under the adversarial system resulting in too many acquittals is to enable the prosecution and the defense to settle the matter without trial through a system of Plea Bargaining under Chapter XXI-A of the Criminal Procedure Code.

It was expected that nearly two-thirds of all criminal cases (all offences punishable up to seven years imprisonment) would thus be diverted and settled leaving courts to deal with serious and complex cases punishable with death or life imprisonment. However, nothing like that happened mainly because of the failure on the part of police, prosecutors, lawyers, legal services authorities and judges to give Plea Bargaining a fair trial on one pretext or other. Today, nearly 2.5 crore criminal cases, some of them as old as 10 years or more, are pending in the system which they say will take over three hundred years to get finally disposed of under the present arrangements.

Thousands of under-trial prisoners are kept in overcrowded jails pending investigation and trial. Many of them are from weaker sections of society who are unable to get bail or proper legal assistance. At the same time, even cases involving the security of the country and safety of women and children are getting delayed enabling evidence to disappear in the process. Will the State wake up and do something to save the system from total collapse?

(The author, formerly Vice Chancellor of National Law Universities at Bangalore and Kolkata, is now Director of M.K. Nambyar Academy for Continuing Legal Education at Kochi)

Uttar Pradesh to launch ambulance service for cows in December