Bengaluru: Garbage, smog make it A Night to Forget

The image was his shadow eerily cast into the dusty and smoky air above a concert crowd.

Bengaluru: On October 13, the IT capital turned into a paradise for the fans of Bryan Adams, as it was for the thousands that thronged virtually every venue across the country where the Canadian singer-songwriter performed.

On Sunday in a social media post, however, when Adams shared an image of his concert at Gurugram on Instagram (above), what the world saw   made everyone sit up and take notice. The post said the music veteran had "never seen" the phenomenon before, describing it as "magical".

The image was his shadow eerily cast into the dusty and smoky air above a concert crowd. Adams had inadvertently brought attention to the country's pollution problem - Indian cities dominate global pollution rankings for poor air quality, while the capital  New Delhi is the sixth worst place in the world for pollution, according to World Health Organisation data. 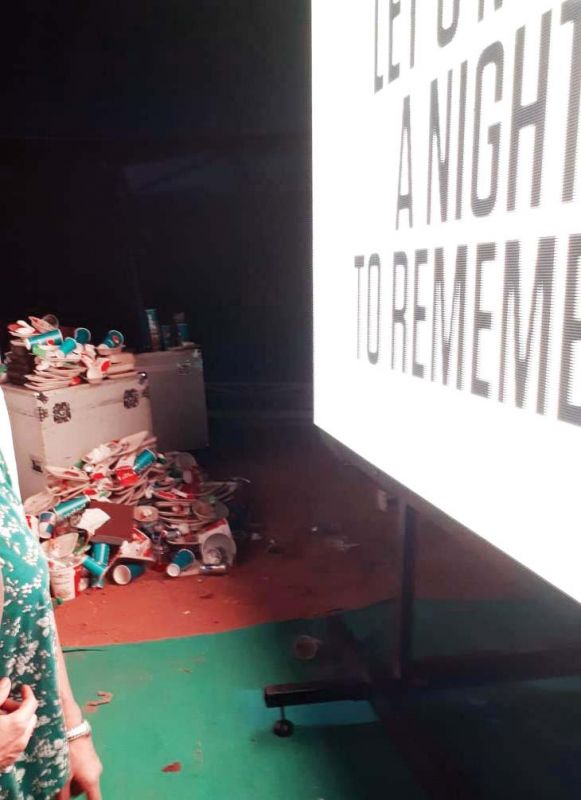 The Bengaluru venue though, was just plain embarrassing! As Odette Katrak, environmentalist and co-founder of  Beautiful Bengaluru and an ardent fan  of the legendary singer Bryan Adams found - the toilets were filthy, there was no water in the 'porta-pottys' and plastic waste everywhere.

"There were hardly any dustbins, no segregation of waste amd plastic cups, plates and cutlery which are banned in the city, littered on the carpets as there were no bins available,” she said, adding "The earth that Adams honoured, desecrated."