New Delhi: Tina Dabi, the topper of civil services examination has been alerted that there are at least 35 fake profiles and Facebook pages dedicated to her on the popular social networking site.

The 22-year-old in a Facebook post said that people have been posing as her on Facebook and posting ‘obnoxious’ comments that have nothing to do with her.

“It has come to my notice that some anti-social elements have made around 35 fake facebook profiles and pages under my name and are posting obnoxious statements posing as me. I want to clarify that none of the ridiculous statements being made under my name are my opinions,” the UPSC topper said in a Facebook post. 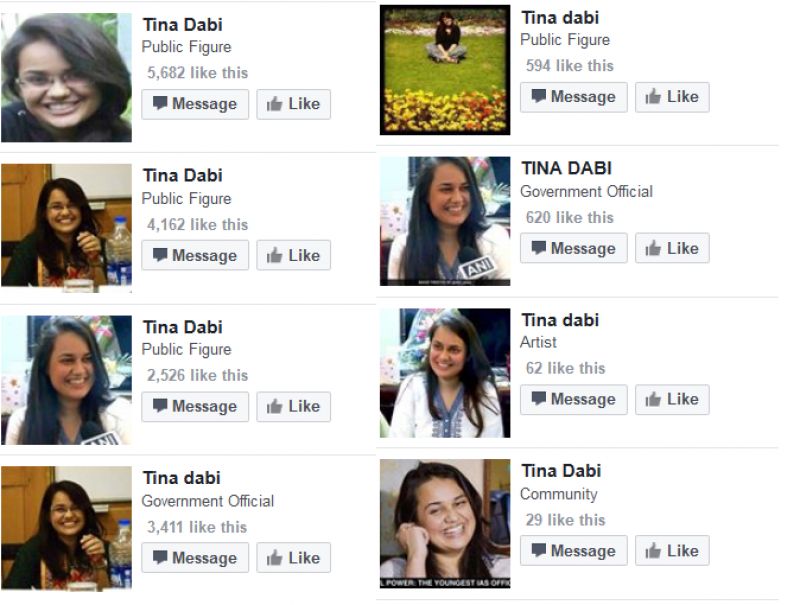 If one types Tina Dabi’s name, there are indeed, dozens of pages dedicated to her and a few fake profiles pop up in the search bar too. Some people have been circulating quotes by the topper on Whatsapp and Facebook but haven’t been made by her.

One such fake quote attributed to Dabi says, “I know who has been inspiring me and he our P.M. Narendra Modi. Am I compelled to admit Ambedkar ji as my idol just because I belong to S.C. category? Why this ‘Jai Bhim’ comments everywhere? I am a great admirer of Baba Saheb. What he had done for the backward categories is laudable. He had worked towards the upliftment of the dalits but he had never supported ‘reservation’. The system of reservation was in our constitution for very short period but the politicians are using it as a tool for their vote banks”. 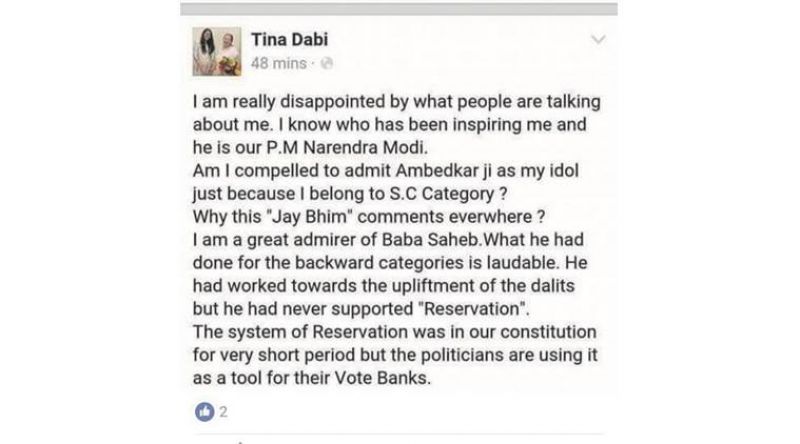 In an interview to The Indian Express, the young woman said she was distressed about these profiles and found them ‘creepy’.

“It’s very creepy. I never said these things about hard work or dedication. These profiles are quoting someone else and attributing it to me. In future, they may do something worse,” said.

Dabi in her real Facebook profile has asked her friends to report all such fake profiles and pages online, so that they could be taken down by the site.

“It’s really heartbreaking for me to see that a few anti social elements can't even allow a simple girl who has done hardwork to remain in peace.  I request one and all to kindly report all such fake profiles and pages made under my name as their sole purpose is just to tarnish my image,’ she said. 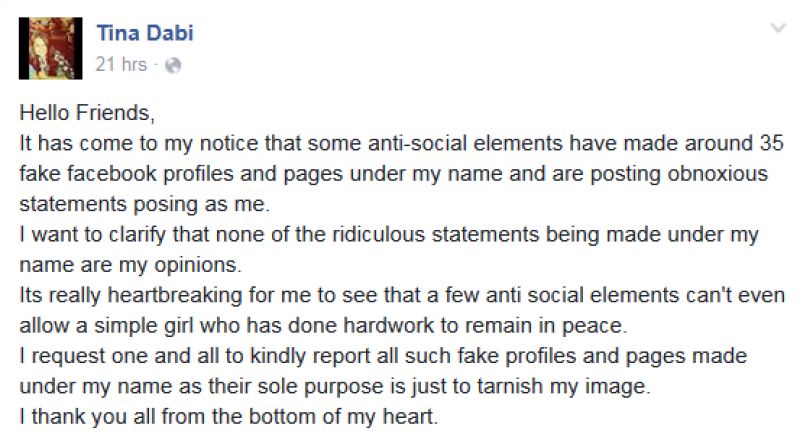 Four members of a family, including two children, died by suicide