The suicide of Rohith Vemula had sparked protests across the country. (Photo: PTI)

Hyderabad: Early Tuesday morning, an unlikely hashtag trended on popular social media site Twitter - #RohithVemula. It was today last year, that the 26-year-old research scholar decided to end his life and hung himself in a hostel room in the University of Hyderabad.

A member of Ambedkar Students Association (ASA), Vemula had accused the University of not paying him the money for his fellowship following his alleged clash with the ABVP, the RSS’ student wing. Vemula and his fellow students drew ABVP’s ire after staging a protest against the death penalty awarded to Bombay Blasts accused Yakub Menon in 2015.

The incident took serious political colour when ABVP students complained about the matter to BJP MP from Secunderabad and Union Minister Bandaru Dattatreya. He in turn forwarded their complaint to the then HRD minister Smriti Irani, leading to the eventual expulsion of Vemula and 4 others ASA members. While Irani vehemently denied any hand in the expulsion, the BJP was firmly held responsible for Vemula’s death.

Vemula’s suicide even rocked Parliament proceedings and the Congress dubbed the BJP as 'anti-Dalit'. Vemula’s family too believed that he was discriminated against because of his caste and embraced Buddhism on Dr. B.R. Ambedkar’s 125th birth anniversary in 2016.

His death sparked nation-wide debate on discrimination against Dalits in the country, but for many, his demise symbolised the disillusionment of youth with the world around them. For youngsters his age, Vemula’s death was more than just a caste debate - it was about a dream snuffed before its fulfilment.

Vemula’s poignant suicide note had struck a chord with thousands across the country. On the face of it, it was a personal decision, driven by the alienation he felt amidst his surroundings.

“I feel a growing gap between my soul and my body. And I have become a monster. I always wanted to be a writer. A writer of science, like Carl Sagan. At last, this is the only letter I am getting to write,” Vemula had written in his first and final letter.

Like any youngster, Vemula also treaded into the territory of love and talked about how it’s near impossible to love without being hurt in the process.

“I loved Science, Stars, Nature, but then I loved people without knowing that people have long since divorced from nature. Our feelings are second handed. Our love is constructed. Our beliefs colored. Our originality valid through artificial art. It has become truly difficult to love without getting hurt,” he lamented.

Online users tweeted quotes from his suicide note as a token of remembrance, that India has not forgotten the 26-year-old. 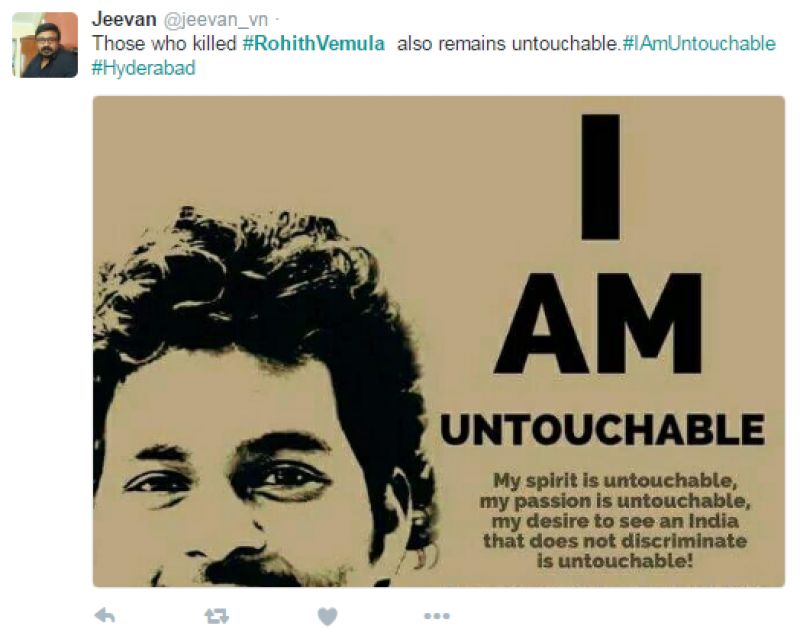 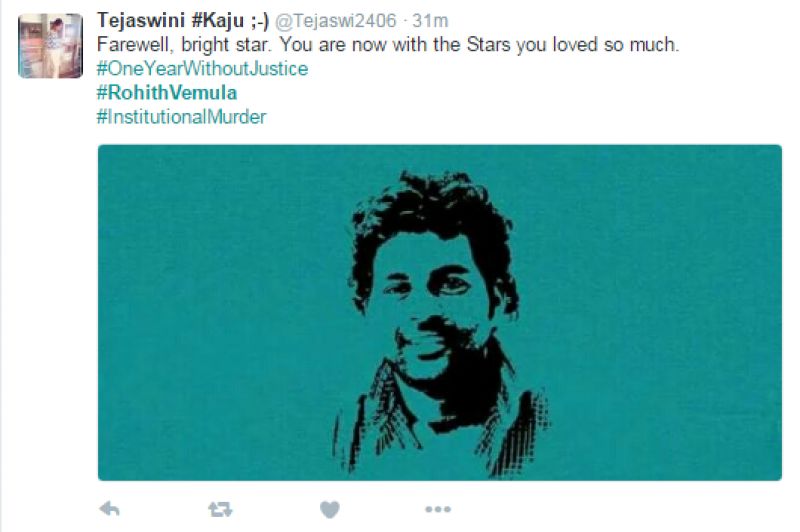 For some he is a hero, for others a coward and yet there are others who think he is the victim of the system. 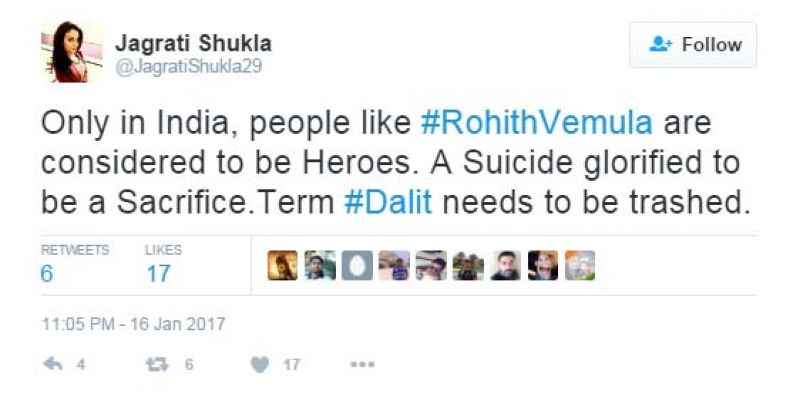 Vemula’s letter reveals that he went through trials and tribulations not just because of his political affiliation, his caste and his aspirations but also because of deeply personal issues that haunt almost every youngster.

Very few have touched the part where he confesses that he felt like an “unappreciated child”.

“May be I was wrong, all the while, in understanding world. In understanding love, pain, life, death. There was no urgency. But I always was rushing. Desperate to start a life. All the while, some people, for them, life itself is curse. My birth is my fatal accident. I can never recover from my childhood loneliness. The unappreciated child from my past,” he wrote.

The cause of him feeling ‘unappreciated’ could well have been the alienation an older child feels when a younger sibling enters their life (Vemula had a younger brother) or it could have been something far more complicated. We don't know.

One can only speculate a myriad of things about his death since Vemula can no longer tell us where the aching loneliness in his childhood life stemmed from. But one thing is clear from his last goodbye- that it was not just his university that failed him, but he met with disillusionment at every step.

■‘I am a Dalit from Guntur,’ said Rohith Vemula in a video days before he died
■Rohith Vemula suicide due to personal reasons: Judicial committee