The alligator gar, so called because of its distinctive snout.

Hyderabad: Alligator fish, a unique species that is usually kept in aquariums, is now being found in ponds, rivers and other natural water bodies of the two states, posing a threat to native fish species.

Biodiversity experts are now suggesting that the governments include it in the list of Invasive Alien Species and ban its import and stop the culture and sale of the fish even for aquariums. 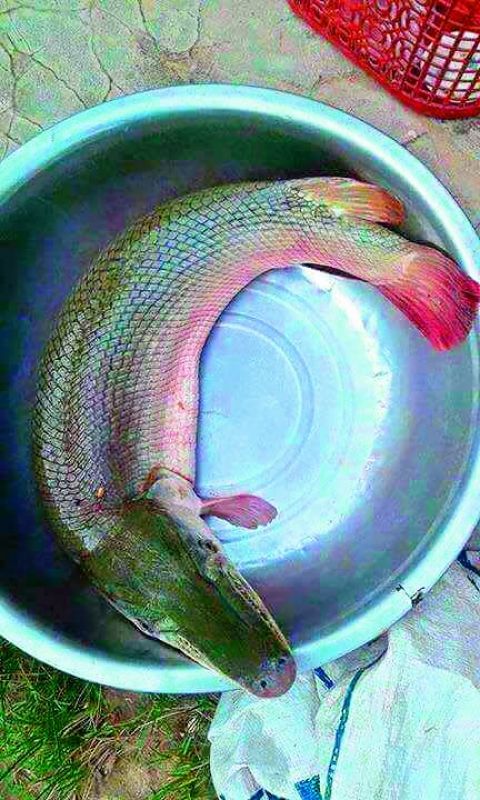 Mr Mathen Rajeev Mathew, expert member of the National Biodiversity Authority and the Telangana State Biodiversity Board said, “The alligator Gar (Atractosteus spatula) is called so because it has a tooth-filled wide mouth and an alligator-like snout. It is a highly predatory fish and eats almost everything including small birds. There are also cases of humans receiving injuries. It is not present in Telangana so much but is more commonly found in Andhra. There are breeders of this fish in Andhra and West Bengal who sell it as pets.”

Several online sites like OLX also has ads for the fish, and aquariums in Hyderabad malls too have the fish.

“Alligator fish now found in ponds and river systems. Floods will help them spread. It causes huge damage to native fish varieties. The Biodiversity Act prohibits import of all Invasive Alien Species. Recently import of dogs of foreign breeds was prohibited. Regarding other IAS too there are stringent rules but there is no regulatory mechanism,” said Mr Matthew.  Countries like Japan have imposed a ban on it.