The house-warming ceremony when the house will be formally named, is slated to happen on April 10 with the invite going viral on social media and being widely appreciated.

Mangaluru: From an ace air force officer to the stunning icon of a proud nation, Wing Commander Abhinandan has definitely come a long way. Parents named their kids after him after he shot down a F-16 of Pakistan and now a resident of Belthangady in Dakshina Kannada district has given 'concrete shape' to his admiration for the IAF pilot by naming his dream house after Abhinandan.

Kushalappa of Barya village in Belthangady did not stop at that, he has also decided to install a granite image of his super hero in his house!

The house-warming ceremony when the house will be formally named, is slated to happen on April 10 with the invite going viral on social media and being widely appreciated. Abhinandan, who was taken captive by Pakistani soldiers, received
huge appreciation after his return with people distributing sweets and organising programmes to appreciate the armed forces for their daring operation against
Pak-based terrorists. 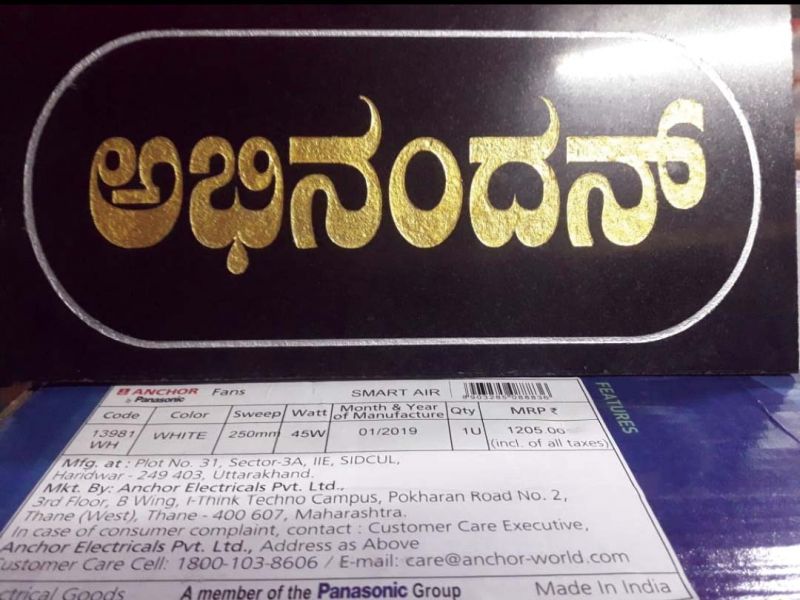 "This is my way of hailing our forces. They have been protecting our borders, something we cannot do. Their work and sacrifice should always be remembered and this is why I named my home after Abhinandan. We had started the work of the house few months ago and were in search of a good name," Kushalappa, who owns a string of laundry stores, told Deccan Chronicle.

"The recent surgical strike and the retaliation of the Indian Air Force was really great. We all feel proud of them," he said. Kushalappa who has studied upto Class 9, also revealed that since childhood, he was always attracted towards the armed forces.

India to use electoral data for jab