The Tricolour was designed in 3 hours!

On 1 April 1921, during the National Conference of Indian National Congress (INC) held at the Victoria Museum in Vijayawada, Mahatma Gandhi officially announced Pingali Venkayya’s name to design the National Flag.

We decided to speak with the Machilipatnam-born Pingali Venkayya’s daughter Seethamahalakshmi to understand a little more about the man behind the Tricolour. And the 97-year-old was too happy to oblige. When asked about her father, despite her age, we could see her eyes light up. Seethamahalakshmi recalls her dad as well as the moments surrounding his announcement as the designer of the National Flag with great fervour. “Pingali garu had been fighting for ‘having our own National Flag’ since 1906 and had successfully taken that movement to the masses. So he was very excited when the announcement finally came,” remembers Seethamahalkshmi.

Unravelling the Tricolour
Recounting the warmth she shared with her father, Seethamahalakshmi talks about growing up listening to her father’s heroics. Her father wrote diaries, she tells us, journaling his life experiences, which eventually helped her understand a lot about her father. According to Seethamahalakshmi, the National Flag initially had only two colours, saffron and green, but the leaders quickly sensed the need for having a third colour white to represent Christians in the country. “My father, with the help of Eeranki Venkata Sastry, a lecturer in fine arts in National College, Machilipatnam-designed the flag in just three hours,’ she recounts.

“Then, as the Sikh, Parsi and other religious communities cried foul for not having their communities represented on the flag, in 1931, a committee of experts, which held a wide range of consultations with other experts, decided that the National Flag needed to be based on the country’s ideologies and values, not its religions,” she adds.

Post-independence forgetfulness and life after
Sadly, Pingali Venkayya was soon to be ignored by his peers. When in 1947 Jawaharlal Nehru hoisted the National Flag in the capacity of the first prime minister of India in Delhi, Venkayya wasn’t even invited!

Seethamahalakshmi is emotional as she shares the above. “But Venkayya garu had never felt bad because he believed his purpose of having a National Flag was served. Moreover, Venkayya garu was a staunch follower of Bhagavad Gita, in which Lord Sri Krishna says, ‘Complete your work without expecting results’. In fact, he never even allowed others to discuss the subject of him being neglected. He had a very high self-esteem, something we have imbibed from him,” says Seethamahalakshmi, the pride in her voice was unmistakable. 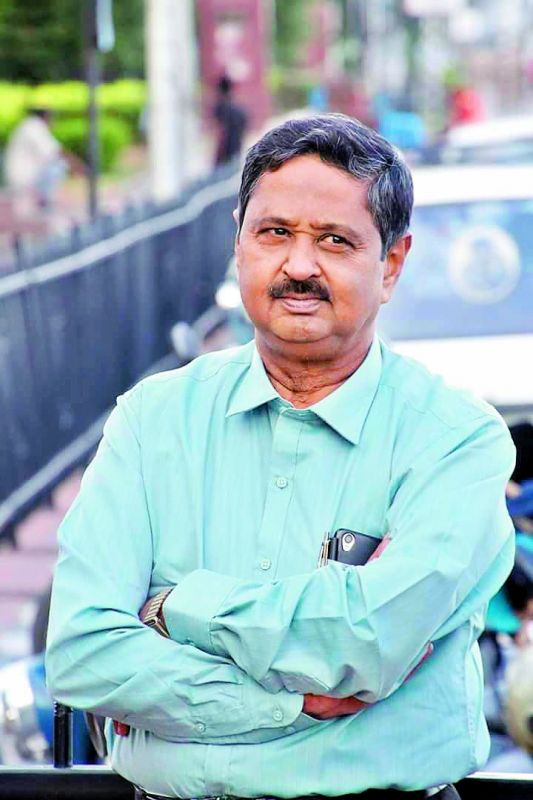 “Venkayya garu was an independent man and never asked for anything. He stayed away from politics and worked as a lecturer, geologist, etc. In fact, even during his last days, Venkayya lived in a hut near Chittinagar in Vijayawada, which he had inherited after his maternal uncle passed away. He was happy to starve but he never asked for a penny from another,” Narasimham explains.

The last rites
Venkayya’s last wish was to have the Tricolour wrapped around his body when he died. “It was an emotional moment for us, and we were inconsolable when he passed away. But we always felt that he had led a life that was defined by character and spirit,” recollects Narasimham.

Bengaluru braces up for urban flooding

Hospitals here are the pits, so nurses are going abroad