Ooty: As June 15 this year  marks the centenary of the house arrest of Dr Annie Besant, the champion of home rule movement in India, who was interned  at a house in Ooty in 1917, the Nilgiris Documentation Centre (NDC) which is a storehouse of Nilgiris history, and historians are gearing up to commemorate the event as Nilgiris heritage in the freedom movement.

Pudumund is the place where the great Dr Besant lived for nearly three months under house arrest during the British rule.

D. Venugopal, the director of NDC, while chronicling the events in 1917 that led to the arrest of Dr Besant, said that the demand for home rule or self-rule in 1917 was an important milestone and a turning point in the struggle for Indian independence. The home eule movement was launched by the Irish activist Dr Annie Besant and Bal Gangadhar Tilak.

Unable to silence Dr Besant,  the British rulers decided to arrest her on June 15, 1917. She and her two supporters G.S. Arundale and B.P. Wadia were kept under house arrest at Ooty.  Dr Besant chose to stay at Gulistan at Pudumund which was built in 1890 by  H.S. Olcott, the founder president of the Theosophical Society as his summer home. 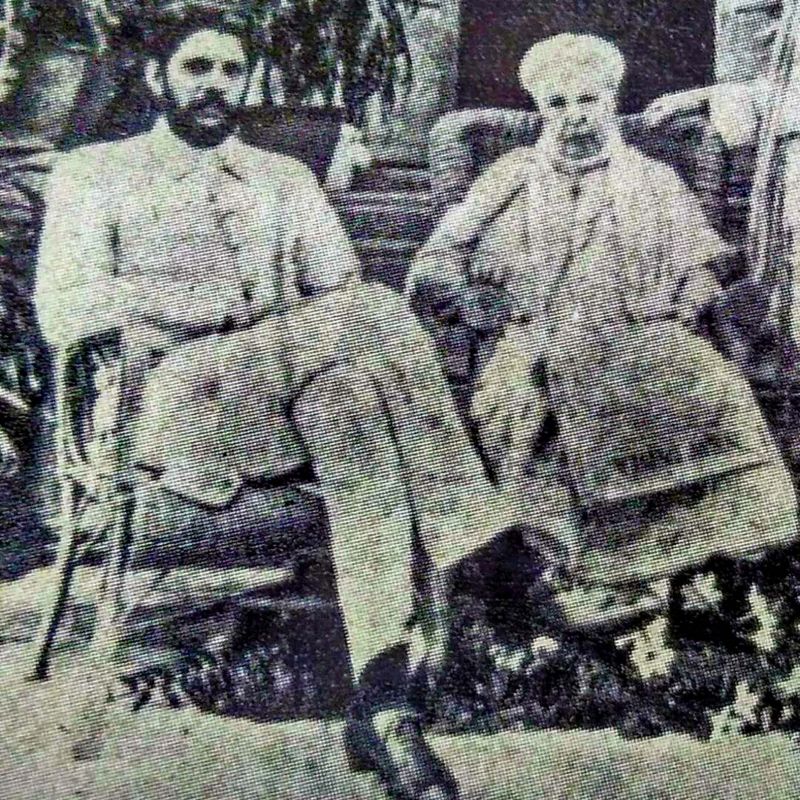 Dr Besant and Wadia in front of Gulistan in Ooty in June 1917.

The property now renamed as Stockbridge Birla House is the property of Gwalior Rayons. A plaque commemorating the historic connection of the building to the historic event is displayed in front of the house. Dr Besant designed and unfurled a home rule flag at Gulistan. She also started a local branch of the Home Rule League at Ooty, he noted.

On being elected as the president of Indian National Congress Dr Besant thundered from her presidential chair that, “India shall soon be seen, proud and self-reliant, strong and free, the radiant splendour of Asia, the light and blessing of the world”, he noted.

As there are confusing statements about the date of her arrest on the internet, whether it was on June 15 or 16 in 1917, Mr Venugopal clarified that Dr Besant was arrested on 15-6-1917 in Madras and reached Ooty the next day to be kept under house arrest.