DECCAN CHRONICLE. | J S IFTHEKHAR
Published Mar 15, 2019, 12:00 am IST
Updated Mar 15, 2019, 3:45 am IST
The youngest daughter of Prince Mukarram Jah is looking for the Blue Book, which contains information about the properties owned by her dad.

Niloufer Elif Jah, the youngest daughter of Prince Mukarram Jah, has so far made two visits to Hyderabad.

On her second visit to Hyderabad in the last three months, Niloufer Elif Jah, the youngest daughter of Prince Mukarram Jah, visited the HEH Nizam Jewellery Trust office in Purani Haveli where she met senior trustee and former minister Asif Pasha to gather information about her share in the ancestral properties.

Born to Mukarram Jah and his third wife, Manolya Onur, Niloufer flew down from Turkey and along with her Indian lawyer, made enquiries about her stake in the huge properties owned by her father. Apparently, her share alone in the Nizam Jewellery Trust comes to about Rs. 3 crore apart from her stake in the string of palaces —  Chowmohalla, Falaknuma, Chiran and properties situated elsewhere in the country.

Meanwhile, Mukarram Jah, the 8th Nizam who stays in Istanbul, is bedridden right now while his first wife, Princess Esra Birgin and her children Prince Azmath Jah and Princess Shehkyar, are reportedly preventing Niloufer from meeting her father. After the death of her mother, Manolya Onur, a former Miss Turkey, Niloufer started staying with her maternal family but kept visiting her father. However, of late, she is being treated as an outcast and not being allowed to see her father. 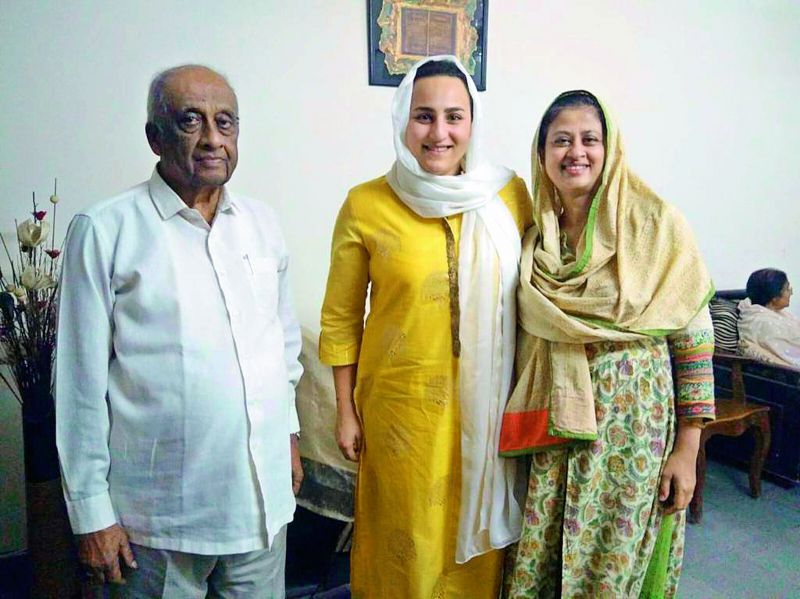 Sources say that during both her visits to Hyderabad, the 28-year-old made discreet enquiries about the Blue Book, which contains information about the properties owned by Mukarram Jah.

But till date, she has not succeeded in laying her hands on it, with officials at the Nizam Trust drawing a blank too.

Interestingly, Mukarram Jah got Rs 24 crore from the sale proceeds of the Nizam’s jewellery acquired by the Government of India in 1995 for a
whopping Rs 206 crore! While his other children, Azmath Jah and Shehkyar (from Esra) and Azam Jah (from Helen Simmons) withdrew their share in 2016, Niloufer — a minor then, could not.

And now, although she has come of age, there is still a catch. Niloufer can’t get hold of her share in the jewellery trust without her father’s consent or until his demise as per the Trust deed, forcing her to now explore legal options to get her rightful due.

RML hospital doctors want Covishield, not Covaxin due to 'lack of complete trial'

I was poisoned in Bengaluru during a promotion interview: ISRO scientist