This Manipur florist makes exquisite dolls out of waste

Chachea, who is a florist by profession, makes exquisite dolls and has drawn quite a lot of customers since the beginning. (Photo: ANI)

People often throw away maize husks as it is of no use to anyone, but for this artist, the waste is valuable to make beautiful dolls.

Chachea, who is a florist by profession, makes exquisite dolls and has drawn quite a lot of customers since the beginning.

The body parts of the dolls are made of maize husks and the hair is made by maize silks. The dolls are decked with suited dry flowers or are customised to meet the needs of the customers.

Speaking to ANI, the artist said that she has inherited this art from her mother and is trying hard to make her business widespread. 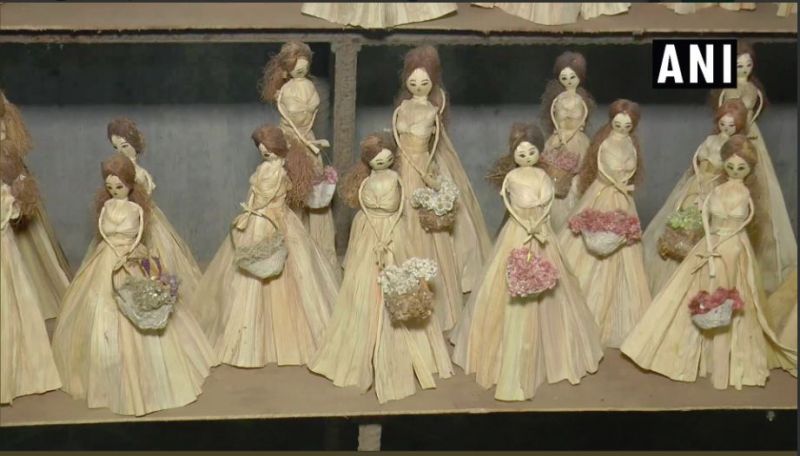 "My mother taught me how to make these dolls when I was young; I started doing it professionally in 2002. I make 10-12 dolls a day, a single doll costs between Rs 200 to Rs 500 depending upon the design."

The artist while speaking also intimated that her business has found markets not only in the state but also in Nagaland, Imphal, Mumbai and other places. "Currently, I am sending my dolls to Imphal, Nagaland and even in Mumbai and the response, I am getting is just amazing. People are loving the idea and are even asking me to display my creativity at various exhibitions," she said.

Chachea also participated in the 2nd International Flora Expo, 2007 at Pragati Maidan, New Delhi organised by Media Today in association with Indian Flowers and Ornamental Plants Welfare Association under the Ministry of Agriculture, Government of India and was honoured for her contribution.

She has also trained several students in doll-making and flower and basket arrangements at Mysore and Bhopal.